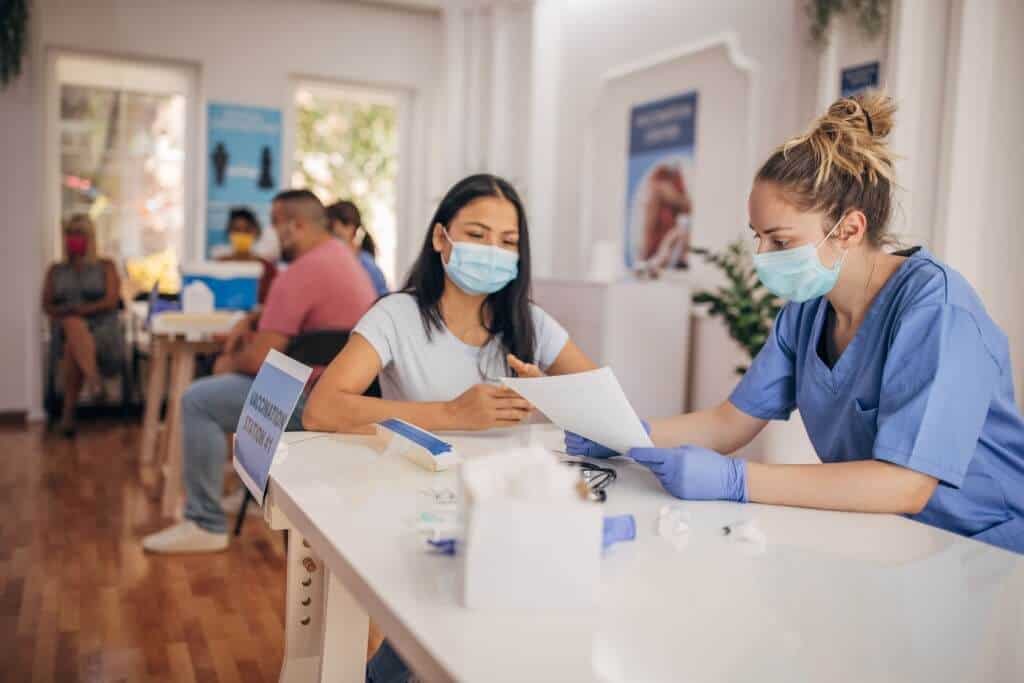 Southern Louisiana hospitals were already crowded with coronavirus patients due to a fourth wave of the virus on Sunday. Lafourche Parish’s Lady of the Sea General Hospital reported significant roof damage. However, the facility has suffered severe damage, according to hospital CEO Karen Collins through Facebook.

They will evacuate their limited number of patients whenever safe, said Aly Neel of the state health department. No information on the patient count was immediately available.

Thibodaux Regional Medical Center also reported a partial generator failure to the state. John Bel Edwards’ spokesperson claimed the facility “had not lost all essential electricity. She said some patients were relocated, and the state health agency was assisting the hospital.

The fourth COVID-19 pandemic surge was caused by the highly infectious delta form and poor vaccination rates throughout Louisiana. The number of new cases in Louisiana increased from a few hundred per day in early spring to thousands per day by late July. On Sunday, Gov. John Bel Edwards told The Associated Press that Louisiana’s hospitals had over 2,400 COVID-19 patients.

The governor also stated 22 nursing homes and 18 assisted living institutions were evacuated, but the biggest hospitals could not be moved due to lack of space. Given that some areas may be without electricity for weeks, Edwards says hospitals need to ensure adequate generator power and water to meet patient requirements like oxygen and ventilators.

Ochsner Health, which operates Louisiana’s biggest hospital network, said approximately 15 of its facilities are in Ida-prone regions. The network transported some patients from tiny rural hospitals to bigger ones. Ochsner Health President and CEO Warner Thomas said Sunday that as the hurricane moved east, the system evacuated a smaller facility in St. Charles Parish.

They further claimed 35 patients were transferred in less than three hours to different hospitals in the area. Mike Hulefeld said their facilities have enough electricity. Three of their institutions in Ida-hit regions were put on generators in case the city lost electricity.

Later Sunday, the hospital administration said it would remove all patients from two additional hospitals on Monday if circumstances permitted. One hospital in Raceland experienced roof damage while the other in Houma had roof damage and electricity problems. Other hospitals had roof damage, water leaks, and broken windows, requiring patients to be moved.

Hospitalizations are decreasing as individuals evacuate and perhaps stay with relatives or in shelters. Since last week, the healthcare system has lost nearly 200 coronavirus patients. LCMC Health’s six hospitals went into lockdown Sunday, according to Dr. Jeff Elder, medical director of emergency management. In the event of a storm, employees would remain at the hospitals overnight.

Patient discharge is one of the first steps taken by Elder’s hospitals when storms hit. Because of the epidemic, they can only decrease the patient burden somewhat. He claims the system’s hospitals have improved after Hurricane Katrina in 2005. The team has grown since 2005, he says. Infrastructure is now elevated to avoid floods. That means even if flood waters reach that high, nothing important is lost at University Medical Center, constructed after Katrina.

According to Elder, all hospitals have generator backup power. He also emphasized improved communication between hospitals and government levels.