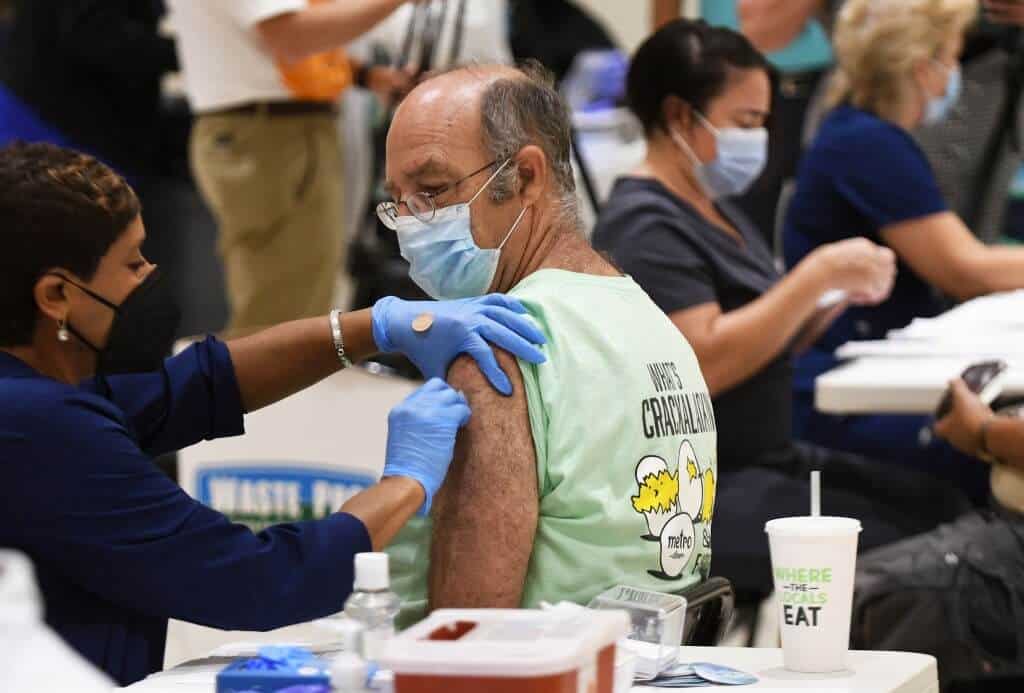 As covid 19 vaccine become available all around the world many people are still struggling with low immunity. Andrew Linder who also faces the same issue as he underwent a kidney transplant in 2019 now has to stay indoors due to his low immunity.

Linder who got a kidney from his wife had a successful transplant in 2019 and is on immunosuppressants states that he can’t leave his house. The immunosuppressants are necessary for him for a lifetime so that the body does not reject the organ. Linder`s wife works for the homeless and in the prison system as well for the people and she stated that she can’t be with her husband as he might get the virus through her.

Health care officials have asked people with low immunity to get 3rd and even 4th vaccine shots to boost the efficacy of the vaccine. However, this is not a long-term solution as people can’t keep injecting themselves with vaccines again and again without knowing the potential side effects.

Linder is one of the few people who have this issue and many of them even after getting both shots and a booster shot are not ready to come out of their home due to low immunity. As per the data from CDC (Center for Disease Control and Prevention) around 3% of the total population in American has low immunity. This 3% contributes to roughly 9 million people.

Pittsburgh resident Courtney Hodge who is a single mom and who suffers from asthma and Graves disease stated that the pandemic had thought her many things. She stated that after receiving all the medications she now goes out as she thinks there is no point sitting in the home all alone and one should enjoy their life to the fullest. Hodge stated that she knows her immunity is low but that doesn’t stop her from doing her daily activities and interacting with friends.

Another victim of low immunity is Danielle Grijalva who even after receiving all the covid doses chose to stay home. However, after talking to many doctors and health care professionals Grijalva stated that she is now confident and goes out for meeting friends and shop as well.

Many people who now are fully vaccinated have stopped wearing masks which is a troublesome issue. The officers on the streets are now allowed to give out a warning notice first and if still found without wearing masks in public areas will put a fine on the individual.

CDC has stated that even though people are getting vaccinated but that does not mean they can let go of the masks and social distancing protocol. Getting vaccinated is not the end for the pandemic but it will definitely help to break the chain. New York and Los Angeles has made it mandatory to get a vaccine certificate if an individual wants to enter a public area like shopping malls.