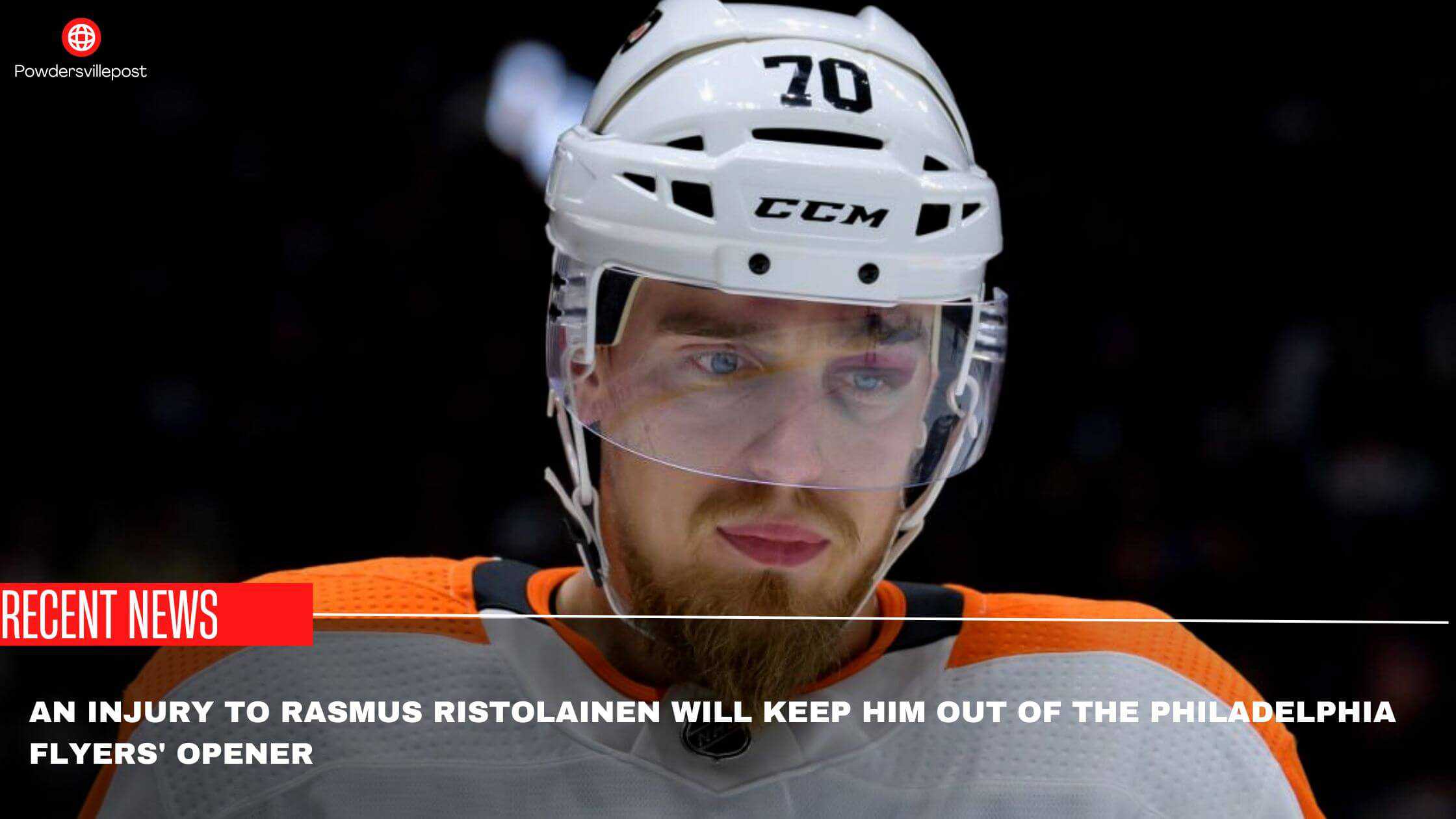 Philadelphia Flyers defenceman Rasmus Ristolainen is about to miss the season’s first game, Jordan Hall of NBC Sports Philadelphia reports. The 27-year-old Finnish defender left the practice session early on Wednesday due to an unknown injury. The next day, shortly after the morning skate stretch, head coach John Tortorella revealed the then-hidden news to the media on his defenseman’s current injury status. The revelation although vague confirmed Ristolainen’s absence on the season opener. Ristolainen is currently out due to an unidentified “body injury,” said the statement. Was it an upper-body or lower-body injury? – no mention, no specifications.

The NBC Sports Philadelphia reporter Jordan Hall and the Flyers beat reporter Olivia Reiner (The Philadelphia Inquirer) have also reported on the injury suspicions in a series of tweets.

“No Rasmus Ristolainen at morning skate. We’ll find out soon from John Tortorella if the defenseman is able to go tonight. He left practice early Wednesday. His injury is undisclosed.”

“Flyers morning skate is about to begin and Rasmus Ristolainen is not on the ice. He dropped out of practice early yesterday and John Tortorella did not have an update on his status. Everyone else (no Atkinson, ruled out yesterday) is present.”

“Rasmus Ristolainen is out tonight against the Devils. Tortorella says he is day to day with a “body” injury.” – Olivia Renner (@ReinerOlivia) October 13, 2022.

Likewise, even though serious doubts loomed over Ristolainen’s early departure from the training grounds on Wednesday, no update whatsoever was lent from the Flyers staff too.

Buffalo Sabres, a member of the Atlantic Division in the Eastern Conference, was where the Finnish professional started his career. His stint with the Sabres started after he was selected as the eighth overall in the NHL Draft, 9 years earlier. Since the 2013-14 season, he played 542 games for the KeyBank Center boys, scoring 46 goals, and 199 assists for 245 career points. A strong start for a young professional like Rasmus.

In 2021 March, the Scandinavian star signed a five-year contract extension with the Flyers that’s worth $25.5 million. The resulting agreement is valued at $5.1 million on average yearly. Since this glamorous contract, Rasmus has registered 16 points in 66 games last season. Coming to the present scenario, Philadelphia Flyers have confirmed that Nick Seeler, the 29-year-old American defenceman, will replace Ristolainen on the third-pairing in tonight’s first game of the season against the New Jersey Devils.

On Thursday night at the Wells Fargo Center, the New Jersey Devils and Philadelphia Flyers play their first game of the year. The first puck will drop at 7 o’clock ET.

Going into the first match, head coach Tortorella is all about positive vibes.

“Let’s play. That’s when everything starts coming together as far as accountability, conflict, good stuff, bad stuff, music on, music off, lousy days, good days; when all the games start being played.”, he remarked.