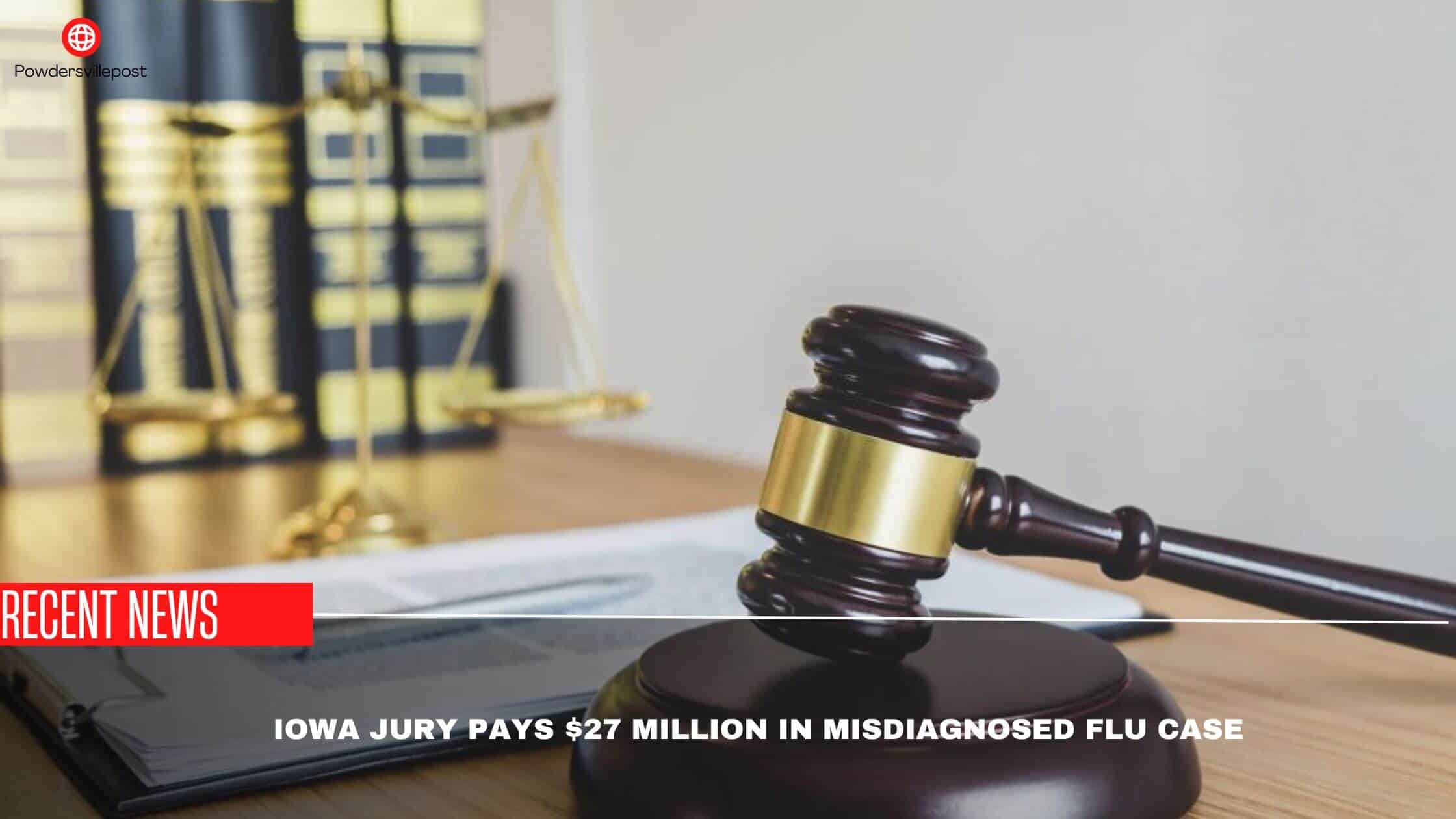 Recently there was a misdiagnosis in the medical field that shook the country’s entire medical system. This said the diagnosis was one of its kind due to the judicial impact associated with it as it attracted a $27 million verdict alongside.

A man had suffered from the impacts of bacterial meningitis but his diagnosis was mistakenly considered the flu by a medical clinic in Des Moines.

This misstep affected the man’s health negatively and caused permanent damage in addition to giving him strokes. The Unity Point clinic family located in Des Moines made this misstep that caused permanent ill effects to the patient and a lawsuit was filed against the said clinic immediately in 2017.

Joseph’s health took a hit in February 2017 and he experienced symptoms of headache, dizziness, prolonged high fever, and cough consistently hence he decided to get himself checked and approached the Unity point clinic located in the southeast area of Des Moines.

The assistant reported he had the flu without even running the basic blood tests and examining the patterns of his overall blood count. Without a proper examination of his health, with severe negligence, the medical assistant gave him painkillers and Tamiflu and sent him off.

The ill effects of the misdiagnosis were faster and huge in Joseph’s case. His symptoms worsened and he was taken to the emergency room at the Iowa Methodist Medical Center where he was diagnosed with bacterial meningitis. Joseph’s bacterial meningitis was triggered by an infection in his heart valve.

Your brain and spinal cord are protected by the membranes, commonly known as meninges and when these membranes are infected, probably via bacteria that enter your body and travel via your blood, they swell causing them to press deep into your body affecting your spinal cord and threatening your overall survival.

Hence it is vital to diagnose the symptoms of this acute disease at the earliest and start with the treatments to prevent yourself from getting permanent disabilities and improvise your survival rate.

This meningitis is identified by taking a blood test and analyzing the overall blood count of your body and tracking it’s every alteration and movement to notice patterns of abnormality. Although this disease is less contagious than normal flu, its impacts are deadly.

But when Joseph went for diagnosis, despite the results showing a negative for flu, the medical assistants failed to monitor his blood count and falsified his diagnosis as flu.

Only after he was taken to the emergency care two days later his correct diagnosis was made and it was too late. He was given a medically induced coma and had to remain in the ICU for 8 days.

His symptoms worsened and he had several strokes during his time at the ICU these strokes caused permanent damage to his hearing capacity in his right ear and caused numbness in several parts of his body. It was also observed that his thinking process slowed hour by hour and his reactions to events were disappearing, proving the damage done to his brain.

🔵Flu Cases In the US At Its Hike Amid Winter Vaccination Warning!

🔵With Increasing Cases Of Influenza, The City Of Arlington, Texas, Has A Relatively High Vaccination Rate

Southwest Des Moines was known popularly for its world-class healthcare facilities as it had over 410 clinics, 18 regional hospitals, and around 20 community network hospitals that are spread around Iowa, Illinois, and Wisconsin. Shortly after this, a case was filed against the clinic in 2017 whose final verdict was announced on Monday, where the IOWA jury pronounced a $27 million verdict against the clinic.

Despite giving Joseph the wrong treatment and endangering his life permanently, the spokesperson of the Unity Point Health clinic made a statement saying his hospital took all the necessary precautions and treated Joseph with the utmost standards of care and there has been no mistake on the clinic’s end and remarked the clinic is not satisfied with the verdict and is planning on appealing real soon.