With entering the sixth phase of the election campaign, one can observe the rise in heat in the competition for the seat of President at the White House. The 270 electorates are all ready to witness the last-minute campaign before 45 days of the big day. Both the president nominees Donald Trump and Joe Biden are working hard in the present turmoil of pandemic situation to win every last seat of the house representation. 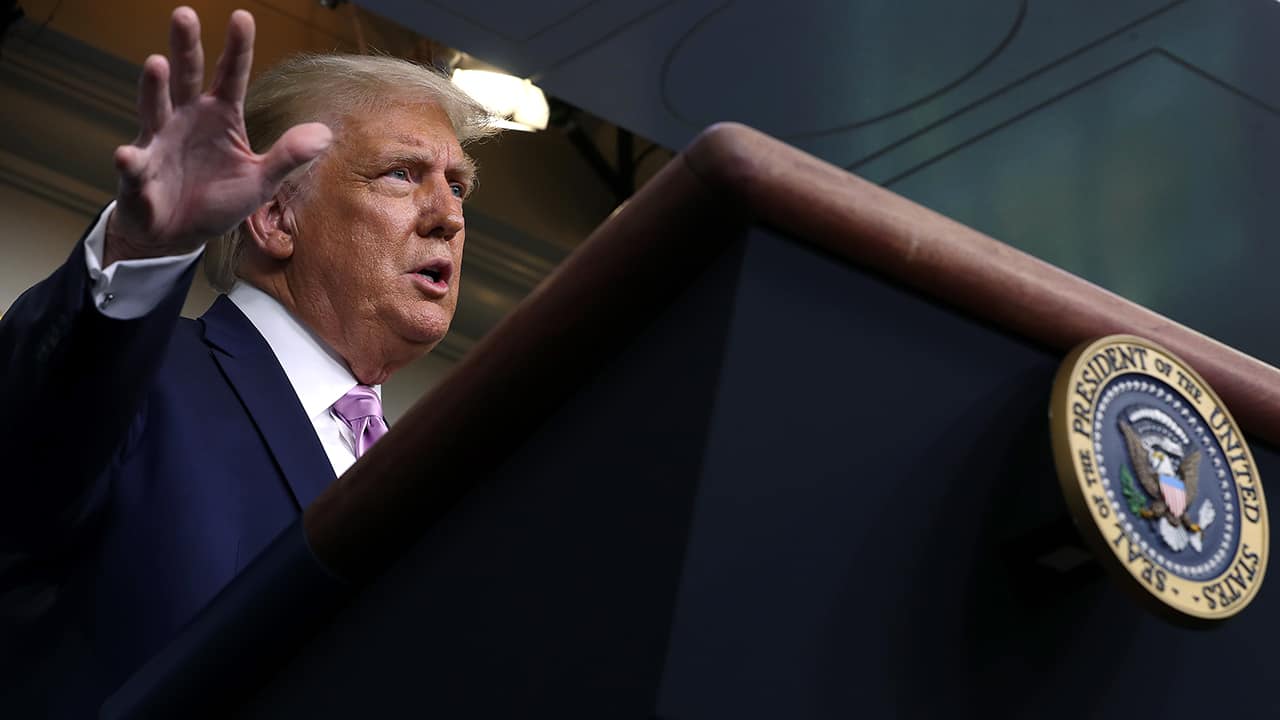 As the last few months have been very stable in the view of the campaign, but hold a bunch of situation from pandemic to mass protest, which was addressed by both the nominees in their manner to attract maximum votes that they can. The death of Associate Justice of Supreme Court Ruth Bader Ginsberg on Friday night has led to another political debate by bringing a new phase of the campaign. When it comes to making strategies and bringing out the unexpected, the President has been known to be the master of these things. People believe that he is playing an underdog. But, is it so? Or is her doing this just to pounce back and win the election with a clean sweep.

The situation has resulted in improving the supporters of the Democratic Party. Joe Biden, with his liberal values, is observing the complete attention of the voters from various backgrounds. Women, independent voters, senior citizens, suburban voters, voters of color, white college-educated voters, white non – college education voters have a great impact from the nominee of the Democratic Party, Joe Biden. The two of the most critical states of the country, Arizona and Wisconsin, where President Trump won with a thin margin in the 2016 election, can also be seen getting under the influence of Biden. Biden has already built a great base in the 203 electorates, which includes 16 states and the District of Columbia. It can also be observed that more 66 seats are leaning towards his policies of the presidency. If he wins one more electorate, then by completing 270, he can directly win this election of 2020. The one state that democrats are counting on is Pennsylvania, which was under the strong influence of Trump during the last Presidential election. Still, this time a different result might be observed from that state.

As considering the situation of the republicans, currently, Trump has a great influence over 169 electoral votes of the country. Trump already has a great impact on the people of the state who upholds a right-wing perspective and considers him as one of the strongest contestants among the two. Despite being in many controversies, a great crowd of the country is willing to support Trump for the upcoming election. The 100 electorates that are left will be the main area of the battleground, whose result will determine the upcoming President of the United States. This 100 electorate includes five states, which are Ohio, Pennsylvania, Georgia, Florida, Nebraska’s 2nd Congressional District, Maine’s 2nd Congressional District. If all votes of these five states go in favor of Trump, then the candidates will have a tie of 269 votes each. This will lead to the head to the House of Representatives to resolve the tie and choose the next President of the country.

With the last two months left, it can be highly observed that former vice president, Joe Biden is leading the presidential battle till now. Some of the strong supporters of Trump, the white elderly voters, are also showing an inclination to the Democratic Party representative. Many of the Trump supporters are extremely upset with his propagandas of handling the situation of COVID 19 in the USA, due to which they have declined to show their support to President Trump. The pandemic has shaped and changed the behavior approach of the voters towards the nominees of the election of 2020.

It can also be observed that Biden has a great lead-in Florida as people there are also counting on him to become the next President of the states. But the clear dilemma and influence of both the candidates will be observed after the results. The presidential election of 2020 has a clear vision of the supporters of the candidate in the country. Though the statistics show a majority of supporters for Biden, the page can be turned in the other way also by Trump gaining major votes. The 100 electorates play a major role in it. Two months that are left for the campaign can also forecast a different area of the support base of the candidates, which can change the current conditions of the supporters. As the elections are at the doorsteps, the nominees of President of 2020 election are attempting their best to broader their area of followers and win the seat at the White House. The Senates are also playing a great role in influencing the citizens to gain votes for their respective parties and win this battle of the election. With a different political, social, health and economic turmoil, both parties are trying their paramount to retain the power and support so that their candidate wins this election.

The candidates of the Presidential election of November 2020 need to get an absolute majority by winning 270 electoral votes out of 538 electorates to hold the position of President and lead the upcoming government. If none of the candidates wins the majority through electorate votes, then the house of representation elects the most qualified candidate as the President of the country. This year the elections are different, and the virtual performances have also made a huge hype. The pandemic will be playing a great role in the decision this year. With the sixth week started and Trump and Biden all set to showcase their best. Trump still has a lot of cards that he has not opened. People hope that this time they get the best man who can help them and stabilize the things that have gone haywire during the COVID-19 times.