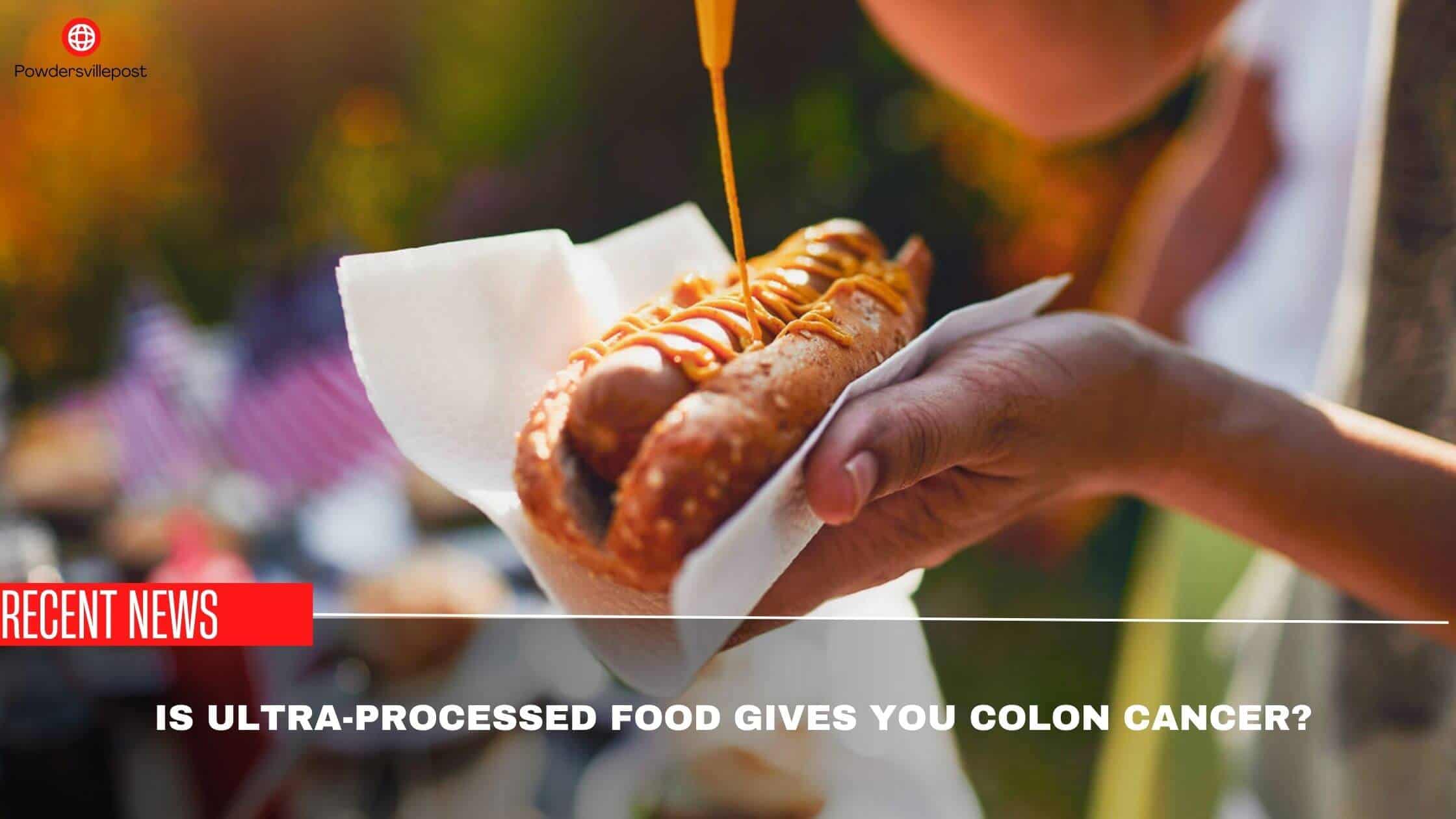 You probably already know that avoiding too much-processed food can help you maintain good health, but did you know it could actually gives cancer? A new study from the International Agency for Research on Cancer, in France, found that men who ate more ultra-processed foods including foods like frozen meals, packaged bread and snacks, and ready-made pasta had an increased risk of developing colorectal cancer, compared to men who consumed fewer ultra-processed foods in their diets.

The increased risk was especially seen among men who were overweight or obese at the time they were diagnosed with cancer.

Processed food, which includes drinks such as sodas, is linked to a higher risk of colon cancer. The participants of this study who had the highest intake of these ultra-processed foods were 30% more likely to develop colorectal cancer in their lifetime, though not statistically significant.

These findings still provide enough evidence to warn against overindulging in these types of products which often contain unhealthy fats and sugar.

An Association Was Found In Men But Not Women

It is found that men who ate high amounts of ultra-processed foods were more likely to be diagnosed with colorectal cancer than those who ate little or none.

Men who ate high amounts of ultra-processed foods had a 27% increased risk for developing colorectal cancer, while only 9% of female subjects experienced this effect. These findings are significant because they help shed light on the potential mechanisms involved in the development of colorectal cancer. Further research is needed to confirm these results and understand their implications.

The effect was stronger among people with a healthy weight

Many people think that a diet high in processed food could lead to weight gain, diabetes, heart disease, or cancers such as breast or prostate cancer. Recent research published in the International Journal of Cancer found a link between higher consumption of ultra-processed foods and colorectal cancer.

The positive correlation between ultra-processed diets and colorectal cancer was highest among people with a healthy weight, not those who were obese or overweight. The findings support previous studies linking certain dietary patterns to an increased risk of colorectal cancer

What exactly are ultra-processed foods?

The term ‘ultra-processed’ is a relatively new way of categorizing certain types of highly engineered convenience foods that are typically associated with increased levels of salt, sugar, fat, carbohydrates, and calories.

How to cut back on processed food?

These foods are ones that have been pre-made with little to no nutritional value. Often they contain a lot of fat, sugar, and salt which can lead to obesity, diabetes, heart disease, high blood pressure, high cholesterol levels, and more.

In an effort to cut back on processed foods, start with a shopping list of all of your favorite meal ingredients – like lean proteins, whole grains, fruits, vegetables, nuts, and seeds. It’s also important to stay away from any foods containing artificial colors, flavors, sweeteners, or preservatives as these additives can be linked to health problems.

Processed food may be impacting our health in other ways too

They can also cause nausea, vomiting, dizziness, and headaches, according to a report from Australia’s National Health & Medical Research Council.