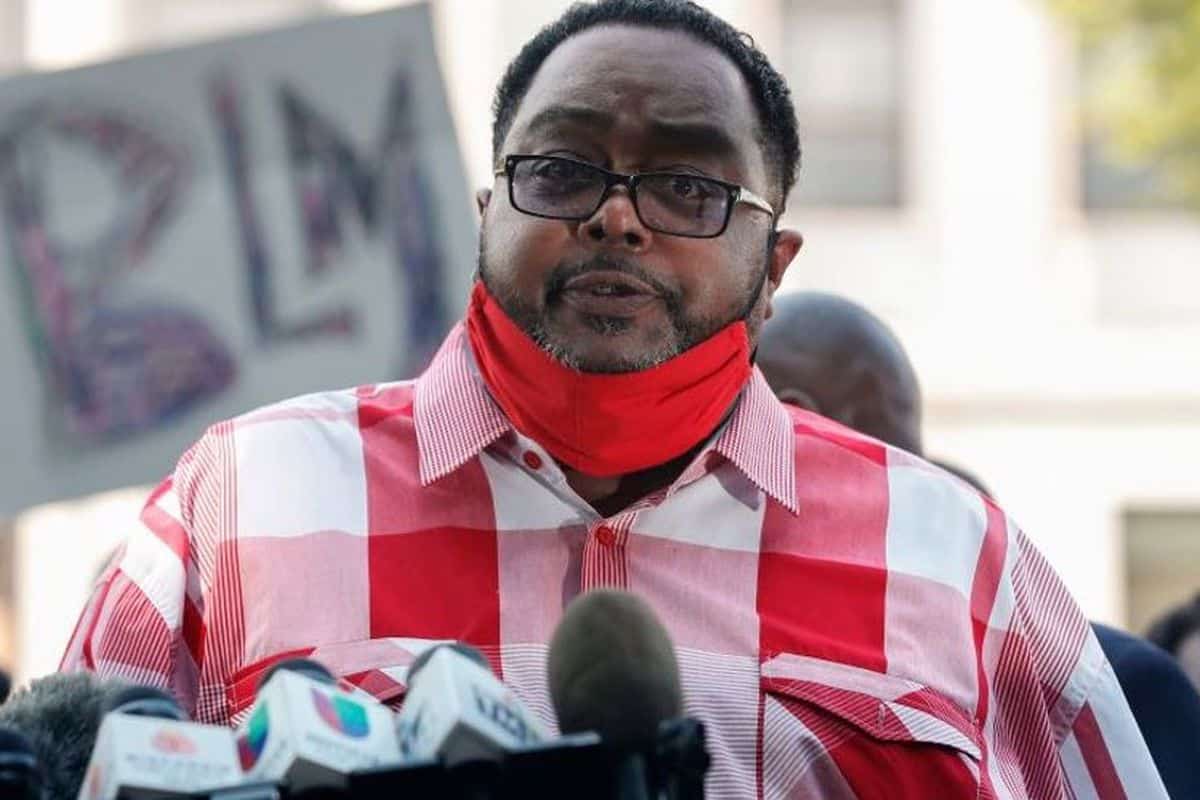 The Jacob Blake shooting incident triggered lots of protests in Kenosha and nearby cities in Wisconsin. The Trump administration had even sent federal troops to handle the violent protests that ran for many days. In what comes as shocking news, family members of Jacob Blake say that he was handcuffed to his hospital bed, where he lies paralyzed by the shooting.

Jacob Blake was shot seven times in the back by a police officer belonging to Wisconsin when they were called for a domestic incident. Blake was paralyzed after this, and he is undergoing treatment in a hospital. Reacting to the news of him being handcuffed in this situation, the police officials said that Blake was in custody for previous warrants, and it was a norm to handcuff such people even when they were in the hospital.

Meanwhile, Kyle Rittenhouse, aged 17, charged with killing two people during the protests held against Kenosha shooting, was supposed to appear in front of Lake County court. However, the court hearing has been postponed for a month.

When the protests against the shooting of Jacob Blake were held in Kenosha, Kyle Rittenhouse came with weapons and shot three protestors. In that incident, two people died, and another one was severely injured in the shooting. He was arrested by the police later, and even video footage of Kyle Rittenhouse roaming on the streets with a gun went viral.

He currently faces six criminal counts that include first-degree reckless homicide for killing two people and first-degree intentional homicide and possession of dangerous weapons. Interestingly he is being defended by a very high profile legal firm with clients like Donald Trump’s personal attorney Rudolph Giuliani and former adviser to Trump Carter Page.

Speaking to the media, Jacob Blake’s father said that he was pained to see that Jacob Blake was handcuffed to the hospital bed. He asked what the need for the police to handcuff a paralyzed person was. Lawyers of Jacob Blake said that he might never be able to walk again after this incident.

However, police officials have defended the incident and said that Jacob Blake was in custody for previous felony warrants, and it was a usual procedure to handcuff such people whenever they are out of jail. It is needed as per their policy, and they were just following the law in this situation.

However, Wisconsin Governor Tony Evers said he was concerned with the incident and said that he did not understand the need for handcuffing him in that situation. He added that Jacob Blake has already paid a considerable price after being shot in the back by the police for nearly seven times.

The American Civil Liberties Union on Thursday accused the Kenosha police of defending white supremacy and called for the resignation of the police chief and county sheriff of Kenosha. They added that police were demonizing people for speaking against atrocities and defending their first amendment rights.

A detailed investigation into the incident is still pending, and the agencies are working on it. According to Wisconsin Attorney General Josh Kaul, police were called in for a domestic incident after a woman complained that her boyfriend was present near her place. He was not supposed to be seen on the premises.

Providing other details about the incident, Mr. Kaul said that a knife was recovered from the driver’s side floorboard in the car. Apart from that, no other weapon was found in the car. After the incident, Rusten Sheskey and another officer have been sent on administrative leave, and an inquiry is initiated against them in this regard.

The 17-year-old accused Kyle Rittenhouse, who fired at three people during the protests, said that it was his job to protect buildings in Kenosha against protestors. Several videos appeared on social media, which shows a man with a gun firing at protestors. It left Joseph Rosenbaum aged 36 and Anthony Huber aged 26 dead, and another person Gaige Grosskreutz was injured in the incident. The accused Kyle Rittenhouse was later arrested in Antioch on Wednesday.

The protests have slowed down after the incident, and the city is slowly limping back to normalcy. The Trump administration sent National Troops and other support to handle the situation and bring peace into the area. The community members also gathered on Thursday after the protests and requested people to maintain law and order. They cleaned up space and had talks with local authorities. They also held a public prayer meet at the park and interacted with local people.

The incident reminds us of the Black Lives Matter protests held across the country in the last few months. Even in that case, it was the killing of a black man by the police in a brutal way that sparked the protests. However, the protests have been used for political gains by some parties, and this has triggered a lot of violent incidents across the country. Many businesses were vandalized, and cars burnt during the protests. It has resulted in the loss of lives and property in a big way.

The worst thing was that the protests are happening in the times of a pandemic, and it can lead to several problems if proper care is not taken in the initial stage. The politicians and the common public are divided when it comes to supporting or opposing the protests. While everyone is in favor of supporting the rights of African Americans, they are against the violent protests that have caused a lot of damage to the reputation of the country.