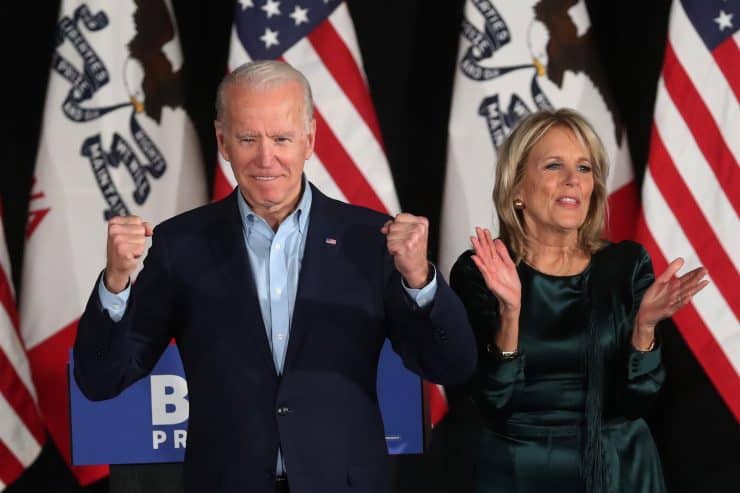 Millions of people across the US receive social security benefits, and this has been the most prized social program in the country. It has been delivering monthly payments for eligible retired workers for more than 80 years and has lifted many people out of poverty.

As on today, nearly 64 million people receive social security benefits that also include 46 million retired workers. One among them is Joe Biden, who is the presidential nominee from Democratic Party. According to the July 2019 tax returns filed by Joe Biden and wife Jill Biden, the couple receives close to $50000 from social security. In the 2018 tax filing, Biden made this public and also used it for his presidential campaign. Even though he received around $4.58 million from other sources, this figure was also highlighted in the campaign.

Considering the fact that an average retired worker gets about $17000 a year in income, what Joe and Jill are getting in social security benefits is a decent amount, and it is in the higher end of the spectrum. The higher income of the couple is the main reason behind the higher social security benefits received by them as of now. According to the Social Security Administration, the highest earnings of the individual in 35 years is taken, and it is adjusted for inflation while calculating the payout at the full retirement age.

As the Bidens earned a substantial amount during their working years, they now receive a higher aggregate payout when compared to what the average retired American gets as social security benefits. Analysts are of the opinion that the Social Security Administration caps the monthly payouts at full retirement age each year. As of 2020, this is at $3011 per month, and that is the reason why Bidens are getting close to $50000 even when their annual income ranged between $210797 and $320000 during 1998 and 2007. Considering these things, it can be analyzed that even though you earn millions of dollars, social security will always have a monthly cap.

The situation with social security is not all rosy as it is facing a shortage of nearly $16.8 trillion cash shortfall between 2035 and 2094. If proper reforms are not made to strengthen social security by this time, retired workers can face a cut of close to 24% on their social security benefits by 2035. Many analysts reiterate that Biden is a better choice than Trump when it comes to tackling social security reforms. Even in the past, Biden has broken with his party on a few occasions, and he is in favor of increasing the retirement age in a gradual manner. Apart from that, he has also suggested many cost-saving proposals, and even the Republicans are in favor of the idea of increasing the retirement age as this is seen as a good measure due to increasing longevity.

In this situation, Biden may be able to offer a bipartisan fix, which will benefit 64 million recipients of social security benefits across the country. The social security board of trustees releases a report every year that examines the short term, which is 10 years, and long term, which is a 75-year outlook for the program. In the last 35 years, they have warned that the long term revenue collection will not be enough in the future.

In his campaigns and other statements, Biden has announced his plans to make suitable social security changes so that retired workers need not face any cuts in social security benefits in the future. Biden plans to increase payroll taxation on high earners. As of now, the 12.4% payroll tax on earned income is applicable for earnings till $137700, and a majority of workers fall in this category as of 2020. This means that most of them pay into social security. However, when you consider the high-income earners will get payroll tax exemption above 137700.

Biden also has some plans for long-lived beneficiaries, and factors like an increase in expenses as people age is considered in the plan. The transport expenses and personal assistance expenses can increase as people age, and such people face a lot of problems in old age. To provide some additional help for such people, beneficiaries in the age group of 78 to 82 will get a 1% increase in their primary insurance amount each year. This will be continued until it reaches a full 5% increase in the primary insurance amount. In this way, the old citizens can maintain their standard of living comfortably.

However, Biden has a tough task ahead with social security reforms as he has to convince 60 senators to implement these proposals. As there has been no consensus in this regard in the last 4 decades, the social security act will require bipartisan support.