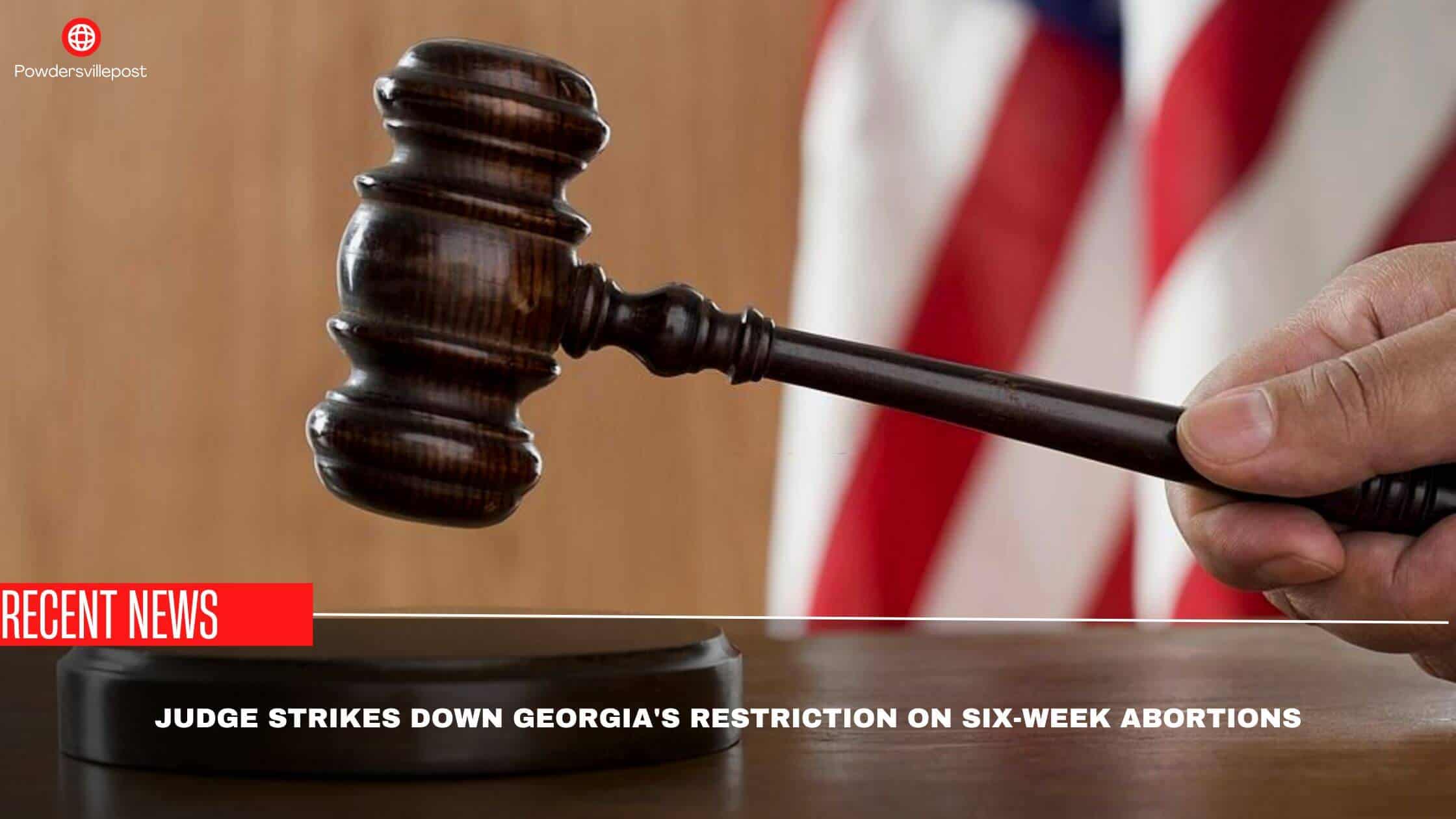 In one of the recent judgments by the district court of Georgia, it was upheld that the law which seeks to ban abortion after six weeks of pregnancy is invalid and hence cannot be followed at any cost.

This is a victory for all those who have been part of the planned Parenthood committees, especially the mothers who have every right to exercise their wombs.

The law was passed in the state just six months after overturning the landmark judgment of Roe v. Wade, wherein the Court granted women the right to abortion.

The right to abortion is a fundamental right and cannot be taken away from the subjects without any plausible reason.

Therefore, in light of the same, it becomes evident that this judgment has brought a new ray of concern for the women who were burdened by the contours of archaic laws.

What Did The Law Say About Abortion?

According to the law passed just six months ago, a woman did not have the right to abort the fetus after six weeks of pregnancy.

Not only this but also the ground upon which such a right to abort could be exercised within these permissible six weeks was also minimal. For instance, any cardiac failure reported within the fetus was a valid ground to avail the right to abort.

However, this was subjected to considerable scrutiny, and at the same time, certifications and confirmations from the medical fraternity were equally required to confirm this.

Other grounds to avail the right to abortion within six weeks included the risk posed by the fetus to the mother’s life and if the mother has been impregnated owing to a rape attempt.

However, investigations and procedural delays made the entire process cumbersome and time-consuming. All of this was considered to be a direct infringement of the rights granted to women.

After the law was passed, it was subjected to a lot of Criticism from the public. Protests were also arranged to force the government to take away this law so that the condition concerning the right to abortion available to women that were available many years back could be restored.

What Is All About The Present Judgment?

It is essential to understand the context of the present judgment passed by the Court of Georgia. This Court has held the federal law to be unconstitutional.

It has been able to provide a detailed reasoning for the judgment. The advocacy group has won the case for the reproductive rights of women.

According to the review, every woman has a request concerning the decision of pregnancy, and the law cannot impose upon her whether she wants to continue with the same.

The Grant of this right is the basic fundamental need of every woman. This right must be subjected to exceptions and must always be exercised with choice.

In such a situation, the judgment is helpful for the realization that nothing has to be fought by women to exercise the right to abortion. It is considered the primary concern, and the law must be lenient in handling such demands.

Reproduction is a personal choice, and a woman cannot be forced to read produce against her own will because it would be, at the end of the day, detrimental for the younger one only.

In such a situation, this is one of the most critical concerns that must be considered. In light of this judgment, it is expected that the changes would be brought in other states as well, and finally, it would be becoming more accessible for women to sustain.