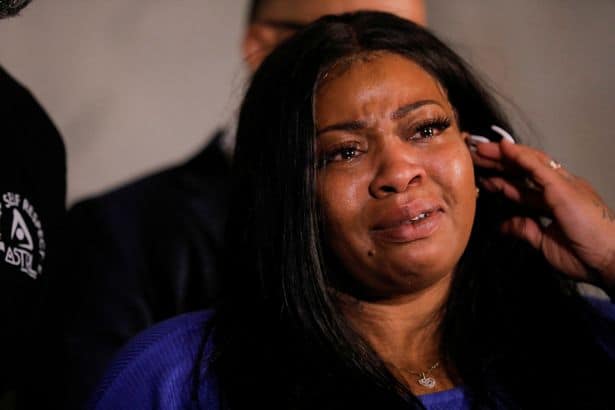 The death of a Black man, George Floyd, fueled spark last year worldwide. George Floyd was killed in the hands of a Police Officer on duty on May 25. A video of the incident has then gone viral that lead to a worldwide protest. The “Black Lives Matter” movement was supported by people in America and around the globe.

Justice Desired In George Floyd’s Incident, But Family Fret About The System

The police officer involved in the case was suspended, and a trial is now set to begin on Monday into the matter. The family members are grieved about hos death, and their life has changed since then when it comes to feeling safe and equal in the nation and before the law enforcement departments.

George Floyd’s uncle, Selwyn Jones, said that they are extremely sad about the inhuman circumstances surrounding his nephew’s death. He added that they are a bit comprehensive about the trial and final verdicts into the case. Jones is filled with doubts about the legal system as if one goes by the history of the legal systems, they have been friendly to the law enforcement.

Selwyn Jones, George Floyd’s maternal uncle, said that he and the family want justice to prevail. His nephew died when the Minneapolis police officer, a White, knelt on Floyd’s neck and didn’t let go even after complaints. When Floyd can be heard saying that he can not breathe, the video of the same was released, and the people were outraged with the incident.

He added that the police officer involved in his nephew’s death should be convicted but that he doubts the justice system’s intentions.

Derek Chauvin, the police officer who knelt on Floyd’s neck for about nine minutes, is charged with murder and manslaughter. The charges were filed in a trial in Hennepin County district court.

The trial will proceed in the same court, and the jury selection will also start on Monday for the case.

Jones, 55 years old, lives in a small town of Gettysburg, South Dakota. It is about a hundred miles to the West. He said that he hopes to attend the trial in Floyd’s murder case. But the social distance norms during the pandemic have restricted the family members from attending the trial. Only one of the family members can be present at a given time for the trial. He said that he would at least attend part of the trial.

Jones added that the video of the incident that was recorded and later uploaded by a passerby had left no doubt that the former police officer, Derek Chauvin, is indeed guilty of the crime. Millions of people around the world have seen the video footage. Chauvin is guilty as hell.

Jones said that he didn’t even know who the Black guy was when he first saw that video on TV. He could just utter in shock that this is going to kill that Black guy.

But he was left with severe pain in his heart as if someone had ripped it off when he got a call from her distressed sister about the incident.

Jones added that the images of the incident were as if Chauvin had ignored everyone present at the site. He behaved that he could do anything to Floyd just because he was a police officer, a White man who rules the world.

The trial is expected to last for several weeks. Jones is still not very optimistic about the trial and getting justice, despite a powerful video showing that fateful event.

He is afraid of the technicalities involved, and the immunity provided to police officers to do whatever is deemed right at the moment will ultimately acquit Chauvin. His only hope is the supporters around the world who are also seeking justice.