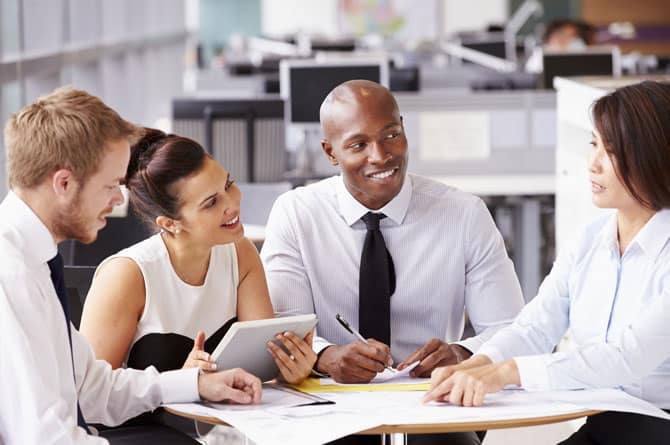 The tendency for socializing is lifelong, manifesting itself equally in the lives of adolescents and adults. A new study discovered major variations in the ways different age groups interact, as well as one conversational component that endures: friendship. Bonds between people who identify as feminine, in particular.

By Keeping Friends Close, One Can Keep Their Stress Levels To Minimum In Long Run

An interdisciplinary team led by former Beckman Institute postdoctoral researchers Michelle Rodrigues and Si On Yoon examined how interlocutors’ age and acquaintance with one another affects a discussion, assessing the interaction’s overall efficacy and stress reactions created as a result.

This female-focused study is built on two ideas. First, there’s the tend-and-befriend concept, which calls into question the typically male fight-or-flight dichotomy.

According to Rodrigues, an assistant professor in the Department of Social and Cultural Sciences at Marquette University, women have adapted an alternative stress response mechanism. Women can befriend female friends to cope with stress.

The researchers also investigated the socio-emotional selectivity theory, which proposes that as people age, they desire more personal, higher-quality groups of friends.

The inclusion of age as a variable is unique in the area and is the result of an interdisciplinary Beckman cooperation.

She was working with a variety of people in a variety of fields, coming from the standpoint of researching friendship but having previously researched adolescent girls but not older women, according to Rodrigues.

Yoon’s research program was focused on language measures in social interactions, and she was excited to collaborate with Dr. Rodrigues to develop an inclusive approach to studying social interactions that included both language processing and physiological measures, said Yoon, who is currently an assistant professor in the Department of Communication Sciences & Disorders at Iowa University

The multidisciplinary team combined both ideas into a single question: How are women’s dispositions to nurture and befriend, as well as socially select, represented in their communication over their lifespans?

They examined a total of 32 women, including 16 older people aged 62 to 79 and 16 younger adults aged 18 to 25. Each participant was partnered with either a friend (a known discussion partner) or a stranger (unfamiliar).

The teams were put through several conversational tasks, including one in which the participant ordered her partner to arrange a set of tangrams in an order that only she could see. Each form was abstract, and their looks were designed to be difficult to define.

This exercise helped measure the efficiency of each conversation: couples who accomplished the necessary tangram arrangement in fewer words were deemed more efficient, whereas pairings who required more words to complete the job were deemed less effective.

Whereas the younger adult pairs expressed more productively with familiar partners than their older counterparts, they communicated less efficiently with unfamiliar partners; on the other hand, the older adults proved conversational ability, quickly expressing the abstract tangrams to friends and strangers alike.

This type of referential communication job necessitates that they understand where the other person is coming from. According to Rodrigues, younger individuals appear to be more afraid to attempt this, but older adults appear to have an easier time doing it with strangers.

The socio-emotional selectivity theory, which expected a relationship between age and social isolation, did not predict this.

Even while older individuals prefer to spend more time with those who are important to them, it is apparent that they have the social skills to connect with strangers if and when they choose to, according to Rodrigues.

Rodrigues’ team also collected salivary cortisol to quantify and compare the stress levels of individuals during the testing phase.

Working with known partners consistently resulted in lower cortisol levels than working with unfamiliar partners across both age groups.

Much of the research on the tend-and-befriend theory has mainly focused on young women, so it’s exciting to see new findings that extend that to the end of life. They can observe that friendship has the same influence on people throughout their lives. Rodrigues believes that familiar companions and friendship help to cushion stress