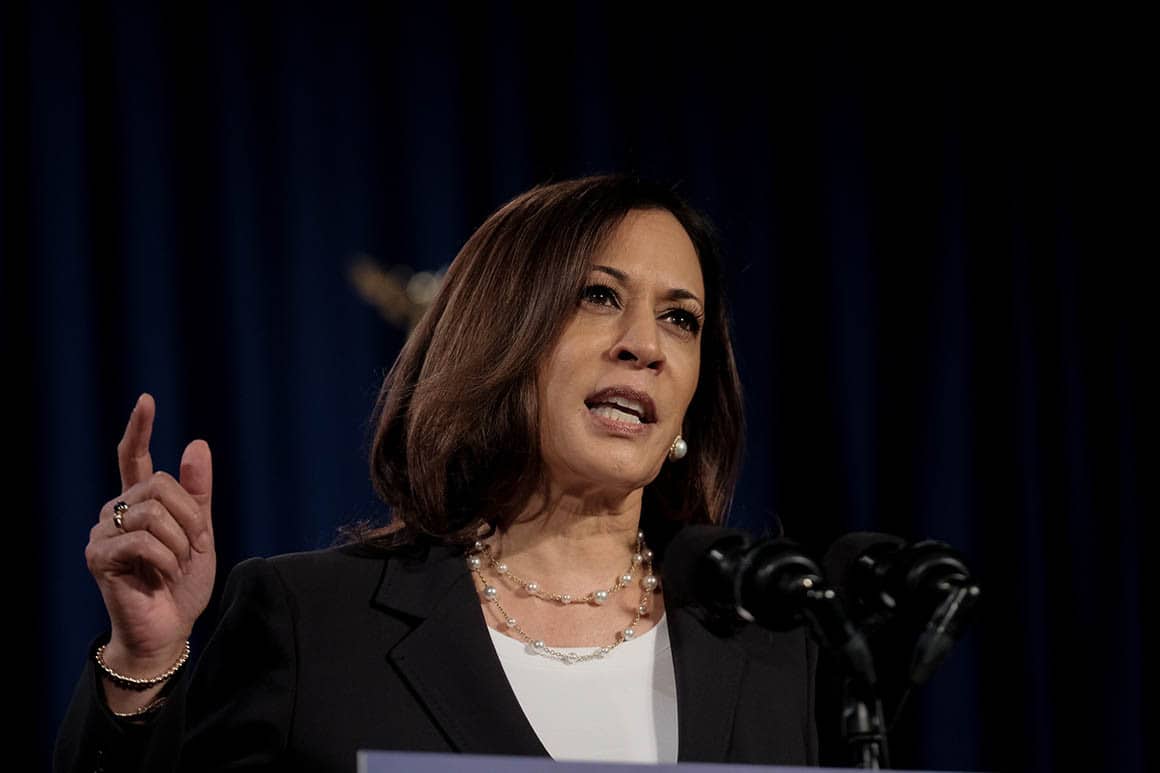 Kamala Harris says Kenosha Police officer who shot Jacob Blake seven times in the back should be charged with the crime. The Kenosha incident had sparked many violent protests in the region, and it led to another tragedy wherein a 17-year-old boy shot three protestors and killed two of them during the protests.

Vice President Nominee Kamala Harris said that there should be a thorough investigation into the matter, and the officer should be charged with a crime as it seemed apparent that there was no reason to use fire when Jacob Blake was not armed in any way. The worst thing about the incident was that Jacob Blake was shot while entering his car, which had his children.

Kamala Harris was speaking to reporters on Friday and said that there was no reason for police to open fire as the man was entering his car, and he did not appear to be armed. Apart from that, she also condemned the fact that seven bullets were fired from close range in the back of Jacob Blake, which cannot be justified in any manner.

Even the State DOJ confirmed the incident saying that the officer shot Blake as he was about to get into the car, which had his children. The police team had gone to the spot after they received a call from a woman saying that Jacob Blake was not supposed to be at the premises. They initially tried to arrest Blake by using tasers and later opened fire when he was entering the SUV.

Kamala Harris said that Blake had a knife in his possession, and his refusal to cooperate with the police warrants due process, but it was not enough to trigger the firing incident that too at close range. As Blake was not armed at the time of the incident, there was no need to open fire with such intensity that too in front of his children.

She also added that such incidents are happening all over the US, and many black men are subjected to this kind of atrocities by the police that needs to be stopped. She also slammed the Republicans for not talking about the police atrocities against black people during the RNC.

As though the incident was not enough, Kenosha saw some violent protests after that, and it went on for a few days. During the protests, vigilante forces used force against the protestors, and the clashes led to a lot of damage to property in that area. On Tuesday, a 17-year-old boy opened fire on the protestors in Kenosha that killed two people and left one badly injured. Several videos of the shooting incident went viral on the media, and the police arrested the boy.

The critics are also pointing out to the way in which the arrest of the 17-year-old boy was handled, and the incident of Jacob Blake was handled. While Blake was unarmed and with his kids when he was shot seven times in the back, the 17-year-old was seen roaming the street with a rifle when two police vehicles passed him without doing anything. The police did not use any force in that situation, and he was later arrested from a different area. Considering such events, many people are openly criticizing the police for using force where it was not necessary and acting loose when it was required to control violence.

The 17-year-old boy who was arrested also spoke to the media, and he defended his actions by saying that it was his job to protect the city from protestors. It remains to be seen what action police and authorities will take against such vigilante forces. To everyone’s surprise, the 17-year-old shooter is now being defended by a reputed legal firm with some high profile clients related to Trump.

This is similar to the killing of a black man that led to Black Lives Matter protests across the US last month. The protests did not stop with the US, and it got wide support from all corners of the world. Even after such large scale protests, the police have not learned their lesson and continue to behave aggressively with black people.

Jacob Blake’s father spoke to the media and said that he was shocked to see Blake being handcuffed to his hospital bed. This was criticized by many politicians as well as there was no need to handcuff a person in that manner when he was lying in his hospital bed. Doctors have said that it may not be possible for Blake to walk again, and he is paralyzed as of now and is getting treatment at the hospital.

The Governor of Wisconsin also expressed concern over this treatment given to Blake when he was at the hospital. He said that there was no need to handcuff a paralyzed man after being brutally shot by the police seven times in the back. However, the police defended their actions saying that they were just going by the rule book as they have to handcuff every accused when they are out of jail premises.

The entire incident has yet again taken a political turn where you can see one party supporting the police and the other supporting the victim of police atrocity. Every party seems to be making the best out of it for their individual gains, and no one is concerned with the safety of the common public. Such incidents in the recent past have divided the American people, and the security and rights of African Americans may become a hot issue during this presidential election in November. It would be interesting to see how the public vote after all these incidents in recent months.

Even Trump has indicated that violent protests are supported by external entities, and they will not tolerate violence on the street in any manner. The Trump administration has criticized the opposition for such violent protests and said that Americans would not be safe if Biden comes to power in this election.