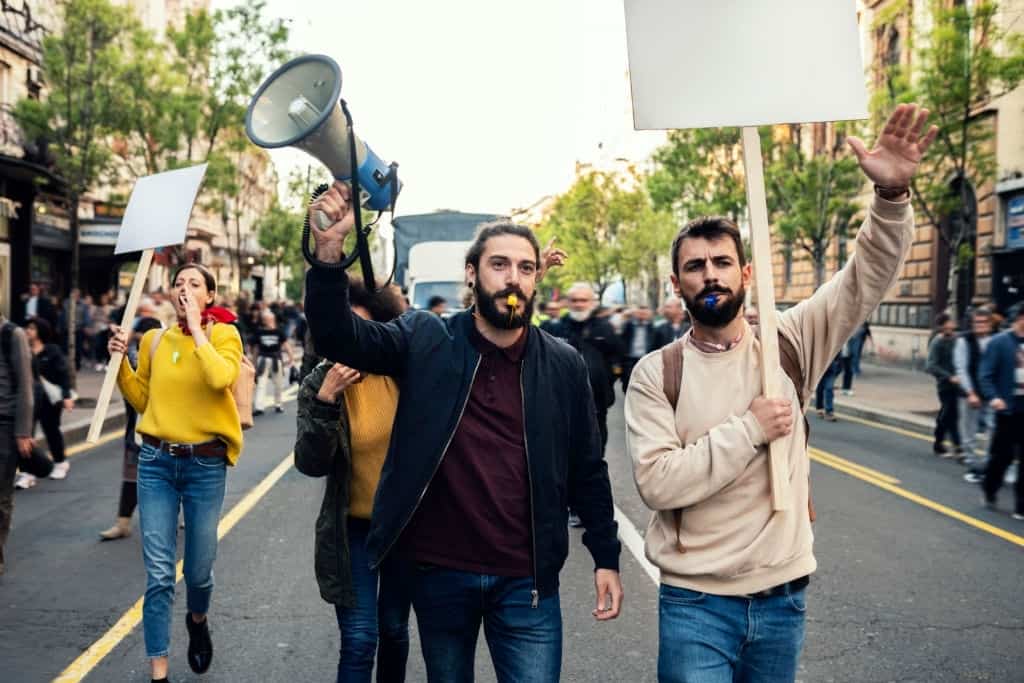 The shooting of Jacob Blake has set widespread protests across Kenosha and other regions. Demonstrations were held in many places for four nights, which saw clashes between protestors and other people. The attorneys of Jacob Blake have asked for police protection as vigilante forces opposed the protests.

Giving a description of the shooting incident, the Wisconsin Department of Justice said that seven-year veteran of Kenosha Police Department, Rusten Sheskey had shot Jacob Blake on Sunday. Jacob Blake was shot seven times in the back. Following the incident, a civil rights investigation has been ordered into the shooting.

The protests saw support coming from all corners, and NBA players had a meeting on Thursday after many teams and players were not inclined to play the games. They decided to keep playing inside the bubble.

The Wisconsin College on Thursday dropped Mike Pence as a commencement speaker after his remarks made during his Republican National Convention address did not go well with many people. He had said that looters and rioters were causing chaos in cities across the country.

Similar to other protests that have happened in the recent past, the Kenosha shooting protests also turned ugly as two people were killed on Tuesday. Following this, Blake attorneys have asked for police protection for protesters as they faced vigilante forces.

Civil rights attorneys are now comparing the incidents of Blake, with Kyle Rittenhouse, an accused of killing two people. They are comparing the police action in both these cases, and it is visible that Kyle Rittenhouse was allowed to walk along the street with his weapon, whereas Blake was shot seven times in front of his children when the authorities were just called for a domestic incident.

The video footage of Kyle Rittenhouse is going viral, where he is seen walking with a gun towards police vehicles. Two police vehicles passed by, and he is seen approaching the third vehicle in the video. He was arrested Antioch from his place after a few hours. This clearly shows the way authorities have dealt with the situation.

Blake’s attorneys have drawn comparisons between these incidents and mentioned that it was grossly unfair that Blacks were treated in this manner across the country. The recent Black Lives Matter protests have rocked the entire nation, and this incident proves the point that justice is not the same for all sections of people in the United States.

Kenosha saw wild protests on Tuesday and Wednesday, where a gunman shot three people that left two dead. The clashes between protestors and law enforcement agencies went on for nearly four days. However, the Kenosha community began clean up operations on Thursday as protests calmed down. Archbishop Jerome Listecki led a public prayer meeting with a group of priests at the Civic center park. Along with that, Harborside Academy staff members picked up trash from the area and distributed coffee to government cleanup workers and volunteers.

Tuesday night protests went beyond control, and White House authorized sending 2000 National Guard troops to Wisconsin. On Wednesday, Donald Trump said that National Guard and Federal law enforcement troops would be sent to Kenosha to bring the situation under control. The National Guard squad of Wisconsin already has 10000 troops ready to handle the situation.

Meanwhile, similar protests were seen across the country, and California, along with Oakland, saw some violent incidents. According to police sources, many businesses were vandalized, and windows were broken in Oakland when many protestors clashed with authorities. The Oakland POlice said that nearly 700 people took part in protests, and many were arrested for violence and riots.

Minneapolis also saw its share of protests, and the Mayor asked people to return to their homes and maintain peace. The city was recently in the news for the killing of George Floyd by a police officer. The police officer pressed his knee on Floyd’s neck, which killed him. This incident had sparked lots of protests across the country, and lots of stores were vandalized during the protests. The Minneapolis Mayor had requested the National Guard to help them maintain law and order in this situation.

This incident had triggered the Black Lives Matter protests across the country, and it even got support from many other countries. Such incidents are not coming down even as people continue to protest on every such occasion. The administration is not dealing with the police authorities in a strict manner to control such incidents.

This can also work as a game-changer in the upcoming elections as the protests take a political turn on many occasions. It is seen that one group often supports the protests while the other group opposes the violence. But sadly, nobody seems to care about the loss of lives during the protests or the incidents that led to these protests. The recent Black Lives Matter became a huge success as it managed to garner international attention, and many people from other countries also expressed their support for such protests. Considering the gravity of the situation, the authorities must be very careful when dealing with such incidents and let the law handle the situation.

Meanwhile, Chicago also saw some protests when hundreds of people gathered in Union Park to protest the shooting. They held a moment of silence and also asked the government authorities to withdraw police funding.

After the situation in Kenosha turned violent due to the shooting incident, Mike Pence was dropped from a commencement speech at the Wisconsin Lutheran College. Rev. Mark Jeske of St Marcus Lutheran Church will speak instead of Mike Pence at the event.

Reacting to the incident, the spokesperson of Pence mentioned that Mike Pence understands the gravity of the situation and supports the college’s decision to safeguard students’ interests during the incident.

Pence had remarked that he supports the rights of every American, but the violence must stop. He also criticized Joe Biden for remaining silent on the violence. He added that people involved in such violence during protests would face strict action according to law.