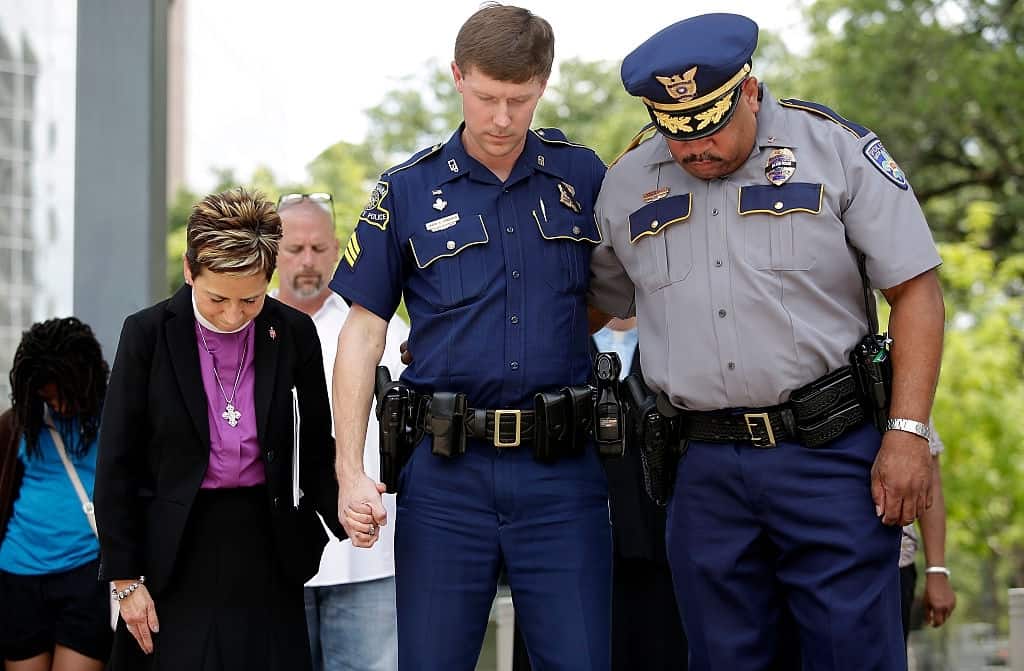 On Monday, authorities are searching for a gunman who is behind shooting two deputies in Los Angeles County on a parked sheriff’s squad car in an apparent ambush. Now, officials are requesting the public to help them in identifying the gunman. Hence they offered a $100000 reward in case if someone gives some clue or information leading to an arrest. Officials said, “We only have general information regarding the shooting.”

Sheriff’s department releases a video of the incident for the same experience. After that, Alex Villanueva, Los Angeles County Sheriff, said, “The deputies, a male 24-year-old, and a female 31 years old, are the two officers that were shot several times. But, even after shot multiple times, they used radion for help.” The shooting was soon after gatherings of hundreds of demonstrators for protests, a teen Dijon Kizzee, shot by members of the Sheriff’s department. During the demonstrations, the department has been accused of police brutality and racism, but even now, it is not clear that the same was the fact for shooting Kizzee.

Mayor Eric Garcetti, Los Angeles Mayor while talking to CNN Sunday said, “It is true that there is a conversation already going on regarding policing in the country. But, police are the folks who are ready to put their lives for people, and we need to find justice for them.” The video showcases apparent ambush. There is a surveillance video released which contains details of a recent incident. In the video, a person walks up to a patrol car; the car is parked in the surroundings of Metro Station in Compton. The incident took place around 7 p.m. on Saturday. The person carried a handgun, and he shot two police deputies through the passenger-side window. There was no warning or provocation, as reported by the government.

The Los Angeles Times is reviewing an extended version of the video, and it shows the shooter fleeing from the scene and going in the direction from where he came. Soon after shooting, he turns a corner and goes out of the frame. Based on Times, he disappears past a second through the sidewalk. There is no clarity about whether there is one more person involved in the same shooting. Now, since they have generic information, a spokeswoman from Sheriff’s Department declined to comment and since the investigation is currently going on. When the passenger door of the patrol car was open, the deputy inside stumbled out, and shooting was a hand on head, as reported by a newspaper. After this, the door on the driver side also opened.

President Trump also posts the video from the shooting and with a tag line, “Animals, this must-have hit hard.” Joe Biden, the Democratic presidential candidate, tweeted, “The shooting is cold-blooded, and it is unconscionable as well. The perpetrator should be brought to justice soon. Violence is wrong, and it can be any kind, and people who commit violence should be caught, and they must be punished.” Now, deputies are recovering at the hospital. The deputies were graduated from the Sheriff’s academy together, and it was just 14 months ago. Now, they are hospitalized after multiple shots and in critical condition on Saturday evening at St. Francis Medical Center. On Sunday, Villanueva said, “They both have undergone surgery, but they are expected to recover soon.”

“Even after grave adversity, both the deputies performed admirably.” During a conversation with religious leaders, Villanueva revealed. Villanueva also added, “It looks like they will recover soon, god bless them.” Two reporters arrested in the protest. Soon after the news conference by Villanueva, protesters were gathering even at the hospital. The protesters gathered outside the hospital where deputies are under treatment. The video was recorded at the scene, and one of the protesters was yelling, “I hope they will die.”

Later, there was a dispersal order issued by deputies, and they called it unlawful assembly. The reason was, protesters were blocking the entry and exits of the emergency entrance in the hospital. According to the Sheriff’s department, two people were arrested during the protest, and one of them was a woman who later identified herself as part of the media. The Sheriff’s Department tweeted, “The arrested radio reporter was interfering with the arrest of another male protester. Initially, she was not ready to identify herself as a member of media, and even when asked, she was not able to submit proper media credentials.”

She was a reporter for the public radio station KPCC, and her name was Josie Huang. KPCC is a National Radio affiliate, responded on Twitter, “She was covering the Sheriff’s news conference, and she later returned to the hospital since she goes to know that protestors are shouting at the emergency gate. During the scene, she was wearing the press pass.” On Twitter, Huang said “It was when I was filming the arrest of another person, but deputies started shouting ‘back up.’ Within a few seconds, I have shoved around, and I had no way to backup.”In a video, Huang showed up, and she was shouting. I am a reporter, and I am with KPCC, and after that, she falls to the ground.

Megan Garvey, the executive editor of the station, later expressed outrage regarding the arrest. She said, “Reporter was wearing her credentials, and she was shouting about her affiliation with KPCC.” Nancy Barnes, NPR’s Editorial Director, said, “The entire network is now ‘appalled’ after the arrest of a reporter when she was doing her job.” Oversees investigations and actions department, the office of the Los Angeles County Inspector General has already opened an investigation regarding the reporter’s arrest. Hundreds of protesters were present in the protest for shooting Kizzee. A few hours earlier, there were at least two hundred people at the protest for the fatal shooting of Kizzee.

He was a Black man and was riding his bicycle, and deputies suddenly attempted to stop him, and there was no specified code. But, Sheriff’s department later revealed that he abandoned the bike, and he was on foot soon after he saw the Sheriff’s cruiser making a turn and heading towards him. By the time deputies encountered Kizzeea few blocks away, “Kizzee punched one of us on the face, and meantime a semiautomatic black handgun fell to the ground when he dropped his jacket. Since we thought he would reach for the gun, we fired.” according to the statement by the department.

The lawyers of the Kizzee family released a video, and that shows a person running away. At the moment, deputies were at a significant distance from Kizzee, and even then, they fired. Apart from that, family members and some community activists also have the opinion that Kizzee was shot at the back, and he was unarmed.