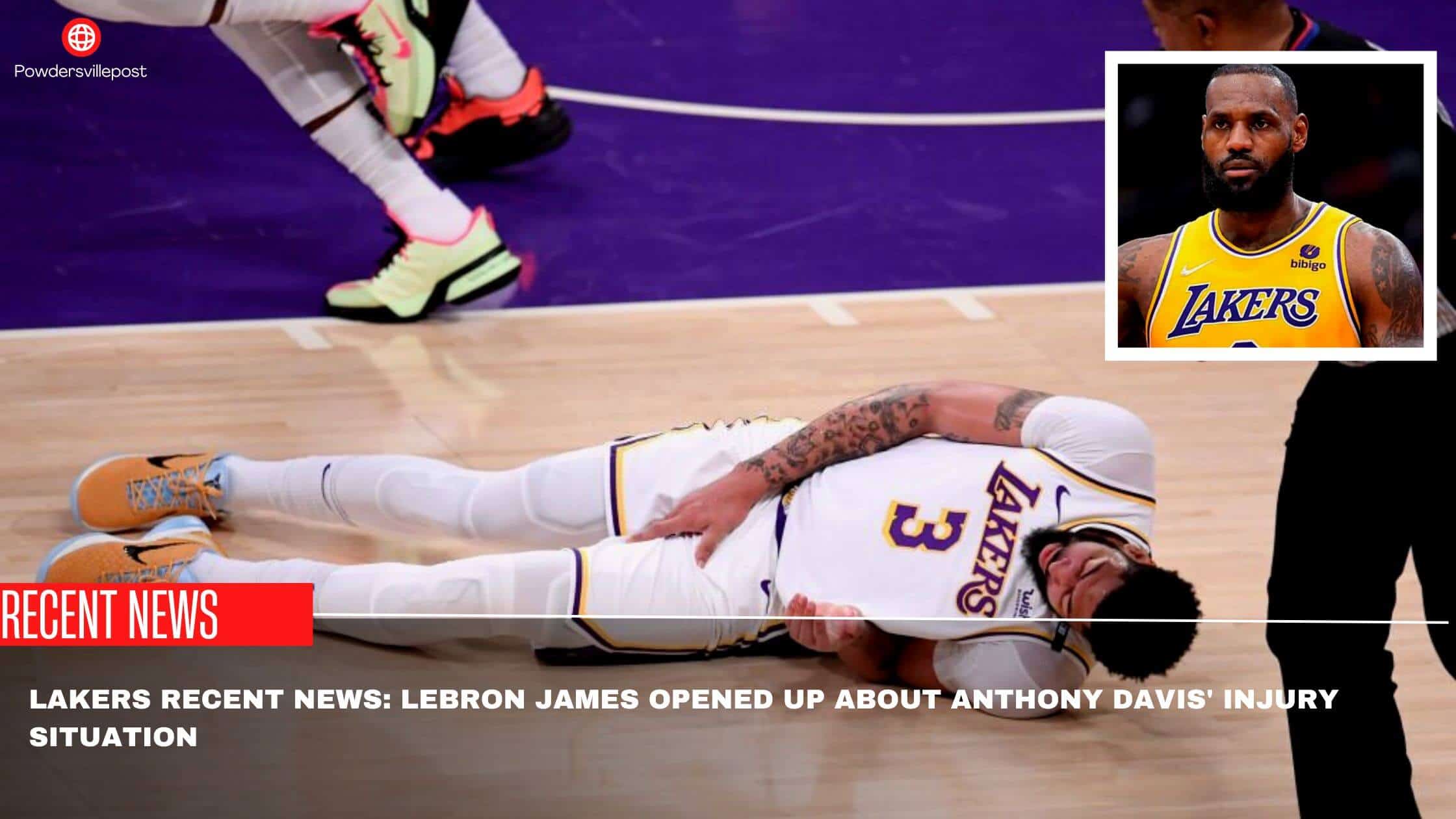 The Lakers star LeBron James opened up about his thoughts about co-player Anthony Davis on Saturday after a critical loss to the Minnesota Timberwolves. James was worried about the constant injuries that had been haunting Davis and how this was affecting the team in general. He wanted Davis to do “what’s best for his body” and give ample rest for his mind and body.

Davis has been away from the team for quite some matches in the past because of the constant injuries and this had put him in a tough spot where he was planning to play around 82 games of the whole year. This was an unrealistic goal even for a normal player and Davis with all the history of injuries, this number seemed to be far-fetched.

So when he had to miss a game in the season, the same would have created a mental block for Davis as he already fell short on his aspirational 82 games plan. Russell Westbrook also shared the same concern about his fellow player as he too felt Davis should take some time to cool off, tend to his injuries and be back at the earliest.

This season, Davis has scored an average of 24 points per game with 2 blocks and 9 rebounds. He even scored a 27 against the current NBA champion, Golden State Warriors. The Los Angeles Lakers are not in the best of their forms this season as they suffered a total of five losses.

LeBron James scored 28 points, 5 assists, and 7 rebounds and even this wasn’t enough to lift up their game against the Minnesota Timberwolves on Saturday. Davis had to be pulled out of that game because of a back issue that was causing problems for him for a long time now.

It is undoubtedly clear that the presence of Anthony Davis would help the team to win the upcoming games but at the same time, his injuries and his recovery from them are also becoming a cause of concern.

James feels that it’s not only the physical injury that is causing problems for Davis but he has to properly prepare his mind too. If the mind is not in the proper direction, then everything else will fall apart.

James was cautious to say that with the kind of injuries that Davis had in the past, the power forward Lakers star should be more trusting of himself and the people around him who are also putting in their efforts to pull the team back into the game.

James also said that Davis should try to not put his “body in harm’s way” again. Both LeBron James and Russell Westbrook together with the whole team wish Anthony Davis to be back on the team after proper healing of his health issues.

It is rather disappointing news for Lakers fans as they were down to only a single win this season. The win against the Denver Nuggets was their first this season of a total of six games played. That coupled with the injury issues of Anthony Davis has been keeping the team on defense this season.

Even though they managed to win the last game against the Denver Nuggets with both Davis and James contributing 23 and 26 respectively, the struggle is not yet over for the Los Angeles Lakers.

The Lakers had hired a new head coach Darvin Ham in June this year and their previous coach Frank Vogel was fired in April.

The next Lakers match is scheduled for November 3rd and they will be playing against the New Orleans Pelicans.