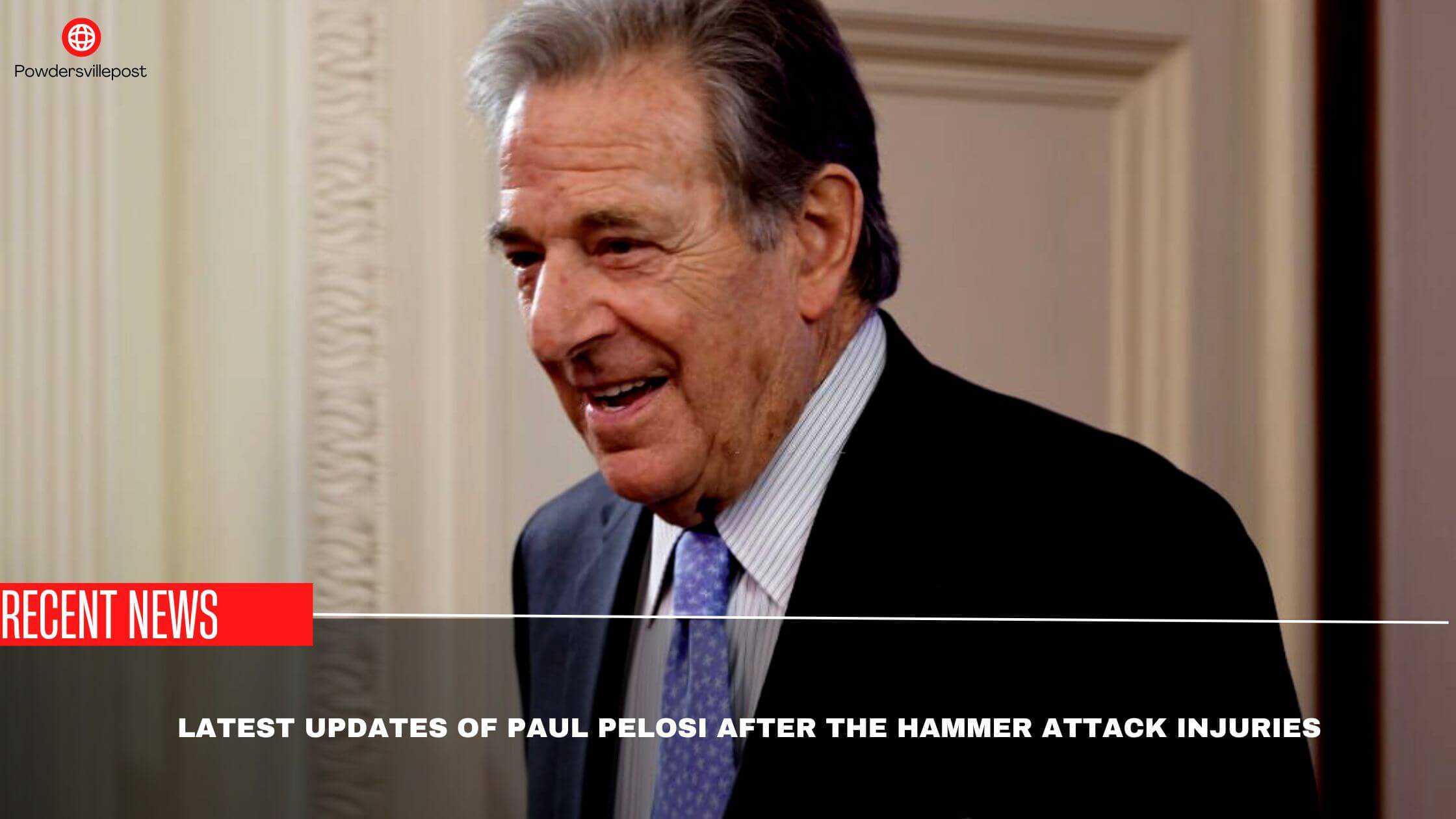 US House of Representatives Speaker Nancy Pelosi’s husband Paul Pelosi is recovering from an attack that happened yesterday at their residence in San Francisco. According to sources, the 83-year-old was viciously attacked by an intruder early in the morning after he threatened Mr.Pelosi with a demand to meet the Speaker. Mrs.Pelosi wasn’t at home during the attack and she rushed to the hospital to visit her husband.

President Joe Biden stated that he saw this as an act of political violence and referred to the attack as “despicable”. He extended his full support to Pelosi and his family.

What Is The Situation?

The intruder, 42-year-old David Depape was arrested on the spot but no other information is available as of yet about the motive of the attack.

He was booked by the San Francisco PD under multiple accounts of attempted homicide, assaulting an elderly person, and burglary as it was an intentional attack. San Francisco Police Chief William Scott abhorred the act in the strongest terms calling it intentional and wrong.

He said that the politicians and their families in the US shouldn’t be harmed this way and the elected officials of America should be allowed to do their work for their society and the nation. Scott went on to say that everyone should feel disgusted by what happened on Friday.

Paul Pelosi has undergone surgery for a fracture in the skull and injuries on his right hand. It is unclear as to how many times the assailant struck Mr. Pelosi on the head but the possibility is definitely high that he may have struck multiple times.

Nonetheless, the doctors at Zuckerberg San Francisco General Hospital expect a complete recovery even though the injuries are serious. According to the Police, Depape had entered the house allegedly through a sliding glass door and shouted “Where is Nancy?” in the early morning hours on Friday.

Mr.Pelosi immediately called 911 and the dispatcher was able to listen to the conversation that was happening between Depape and Pelosi which made her realize that something was really wrong. Scott complimented her decision to dispatch a high-priority team instead of a welfare check to deal with the situation.

The Institute for Strategic Dialogue observed that Depape’s actions might have been instigated because of a lot of conspiratorial theories as in the past few weeks he had posted a lot of articles on social media.

Though nothing specific was found on Nancy Pelosi and her family, he was sharing posts on Jew community, the climate crisis, the 2020 rigged election theories, protests over the Derek Chauvin conviction for the murder of George Floyd, the transgender community, Hillary Clinton, COVID-19, etc.

🔵Seeking Mental Health: The US Military And The Rise Of Suicide

The FBI has started the investigation and they are expecting to get search warrants for confiscating smartphones or other electronic devices that might be associated with Depape for further analysis. They are also conducting interviews with people who might know Depape or are closely associated with him across the Bay Area.

Vice-President Kamala Harris also strictly condemned the attack and she was concerned about how the current situation in the US is being fuelled by a lot of discourses that lead to hate and divisive politics. She also warned that people who consider themselves to be some kind of leader should always be mindful of the things they say and the consequences it has on society.

Drew Hammill, spokesperson to Nancy Pelosi said that the Speaker and family were thankful to all the people including the dispatch team and medical workers who rushed to help Mr. Pelosi. They have requested privacy at this time so that the family can recover from the incident.