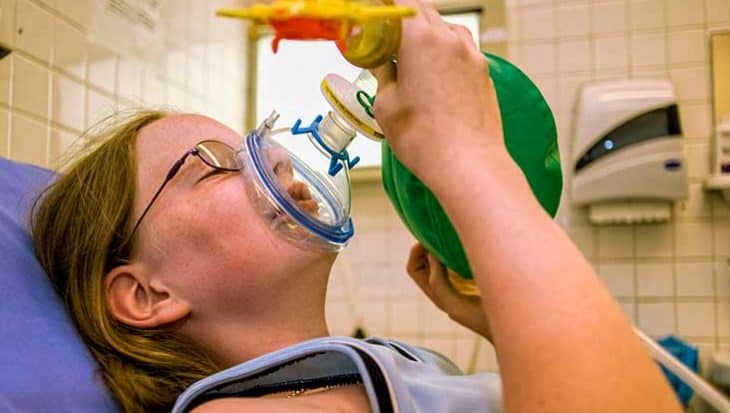 According to a new study, researchers said that “laughing gas” is a great alternative to treat depressed patients. When people fall into depression, the antidepressants are failed to treat them as it is mentioned as “hard-to-treat”. Laughing gas is a safe and best effective treatment for depressed patients.

“Laughing Gas” Can Be An Alternative Treatment For Depressed Patients

On research with 28 patients, who are fighting with “resistant major depression” had a severe condition that also affects one-third of patients. As per the estimation on this depression, there are 17 million adults in America who are suffering from this disorder “major depression”. For these suffering patients, doctors had raised their hands off on treating them and to give relief.

In a recent survey conducted on recovered patients, they stated commonly that “there are three sessions with one-hour medication treatment on inhalation of laughing gas which is spread out equally for three months. During these sessions, 85 percent of patients had relived from the depression significantly with post-treatment.

On the findings, laughing gas is made by nitrous oxide. Common anesthetics are used in this preparation. This preparation study was explained by the senior author Peter Nagele, chairman at the anesthesia care university in Chicago. On this note, Negele had expressed his feelings that laughing gas is made with low concentration which helps the patients who are in difficult condition to treat depression.

Negele’s team had stated that in recent years between 2016 and 2019 they have done trials on two formulations of laughing gas with two levels; one is at 50 percent nitrous oxide and another is at 25 percent of nitrous oxide.

Based on the past investigations there is a good recovery percentage from the post-treatment efforts. Some patients who are treated with high doses had experienced nausea, and side effects had a “mild dissociation” which is a Daydreaming experience for the patients. According to recent studies, people age between 18 and 75 are continued with the basic care of usual depression in order to maintain their antidepressant regimen.

According to the recovery results, both formulation treatments had significant control of patients. Depression had taken control under the formulations. The team had noted that some of the patients had a rapid recovery in a single session.

The team said that on the treatment of 3 sessions there is 85 percent of recovery and there is 40 percent of depression remission seen in patients. On the other note, the team had recognized that giving a low concentration of nitrous oxide had also reduced the risk of depression.

Participants and patients have raised a question that “how would laugh reacts to reduce depression?”

Negele said that there is no theory on how nitrous oxide affects antidepressants, after a theory is known he stated that nitrous oxide blocks a receptor in the brain which is called an NMDA receptor, this is also used in Ketamine medication. Hollon said that these are quite impressive medications to control and reduce depression completely for struggling patients.