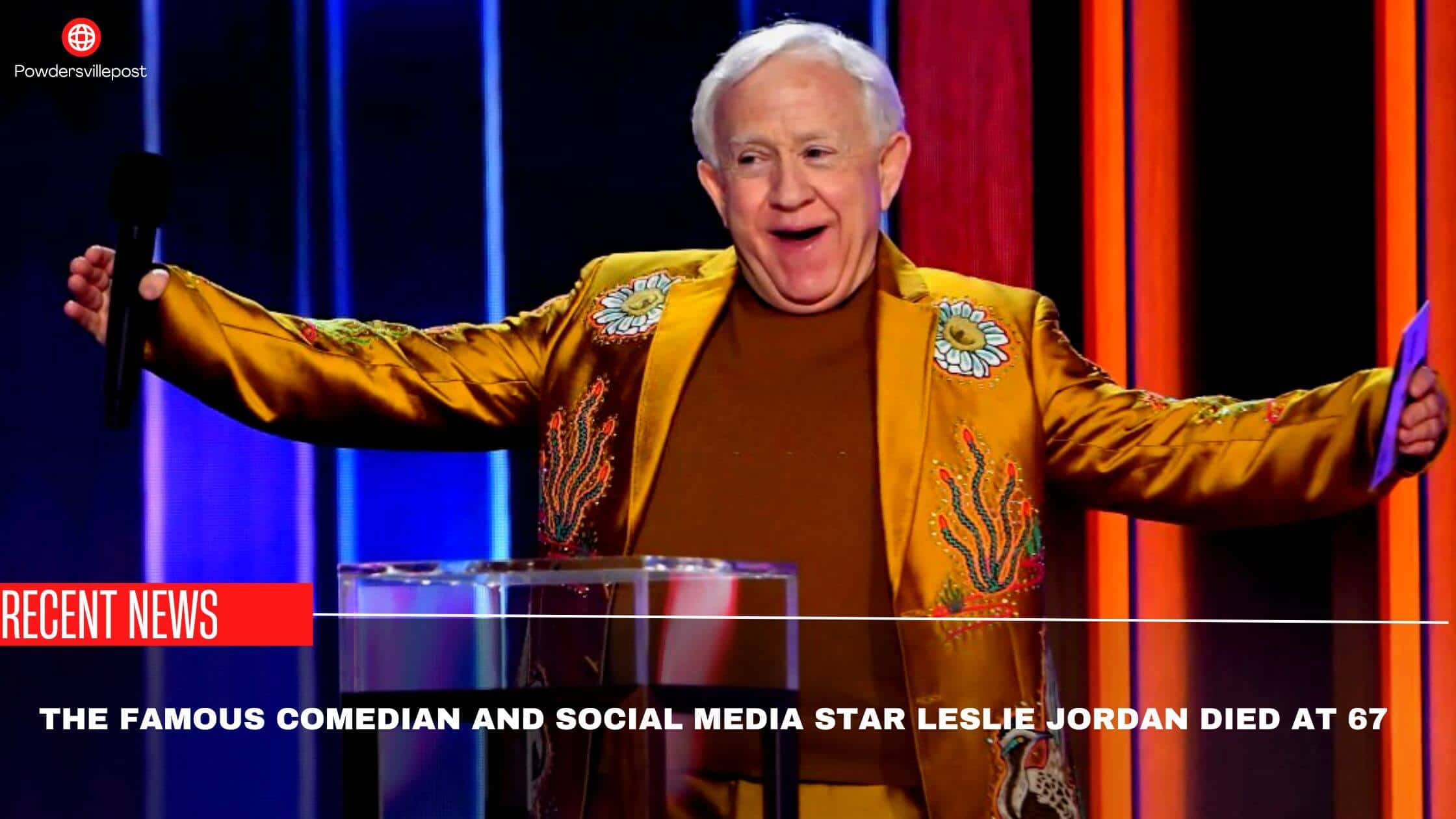 The Emmy award-winning American actor, writer, and singer Leslie Jordan crashed his car to the side of a building at Cahuenga boulevard and Romanie street in Hollywood on Monday 24th October 2022. The actor was declared dead at the crash scene, police haven’t confirmed that his death was due to a medical issue prior accident or killed in the collision.

His BMW was later filled with bundles of lilies and roses. The actor was loved by many co-workers and fans. After his death, some of his co-workers have revealed that the fun and comedy actor provided emotional support in difficult times. For many, he was an idol and had a great influence on shaping the LGBTQ Community

His agent, Don LeClair confirmed that he was en route in his BMW to warner bros studios set for the fox television series Call Me Kat. Leslie Jordan played the character Phil in the sitcom series. The show was based on the British hit sitcom Miranda. The third season of the series is currently running. The series is available to watch on Hulu, Prime Video, and Apple TV.

The well-known actor was born in Chattanooga Tennessee on April 29, 1955. He was raised by his mother Peggy Ann who passed away earlier this year, who was supportive of him. His father Allen Bernard Jordan passed away in a plane crash when he was only 11 years old. At a very young age, Leslie came out as gay. Then he didn’t know the word, gay. When he exposed himself to his mother. She advised him to live life quietly.

After graduating in 1982 he moved to Los Angeles. At the same time the aids crisis hits in the united states, Leslie volunteered in aids project Los Angeles and delivered food for project angel food, which was a nonprofit organization where free meals were served to the sick.

The moment he landed in the Los Angeles the actor’s career changed gears. After appearing in the fall guy, he quickly rose to fame and grabbed different roles in American sitcoms. For the television series Will and Grace, Leslie Jordan played the famous Beverley Leslie, a gay character more in the form of a frenemy role. Will and character highly portrayed gay characters, and despite the criticism, the television series became one of the most successful shows in America. For this role in Will and Grace, he received an Emmy award for best outstanding guest actor in a comedy series

When he moved to Los Angeles in 1982 he had struggles living to be gay, however, alcohol and drugs made him easier to live to be gay, which eventually led him to LA men’s county jail where he shared a cell with Avenger actor Robert Downey jr, played as iron man. When they later met again while filming an episode of ally McBeal, Robert had trouble recalling where they met. And Leslie gave a reply “yep,152, Pod A, cell 13, you were in the top bunk I was in the bottom” according to the famous comedian it took him to land in the county jail to get sober at the age of 42. He sets an example to the younger generation that it’s not too late to quit alcohol and drugs.

While he was stranded alone in an apartment in his native Chattanooga, during the pandemic, he skyrocketed his Instagram followers from about 80,0000 to a whopping 5.8 million followers by posting twice a day for 80 days continuously, he uploaded videos reflecting his life based on comedy and dance routines. He always starts the video with his iconic greeting “Well, s—, what are y’all doin’?”

Leslie Jordan never failed to entertain even though the whole world was getting saddened and depressed by the pandemic. Indeed, Leslie Jordon is the light at the end of the tunnel.