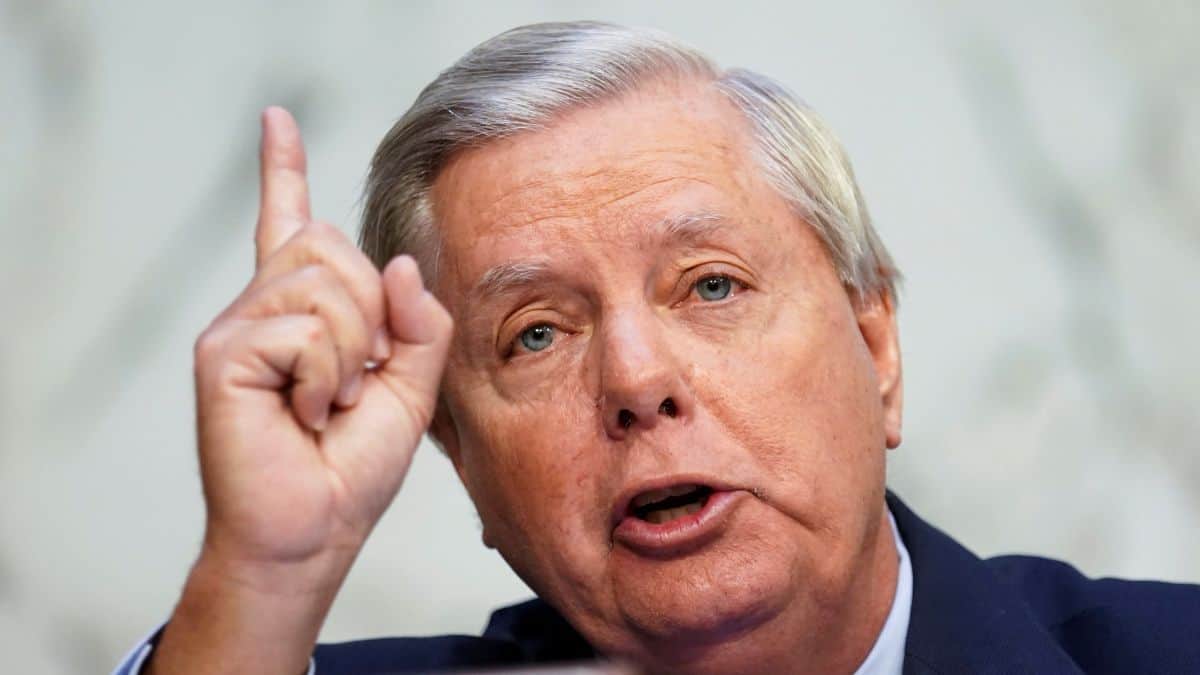 A subpoena is being challenged by South Carolina senator Lindsey Graham. As a result, he is qualified to provide testimony before an Atlanta-area special grand jury. It investigates former President Donald Trump’s efforts to have the Georgia 2020 election results nullified.

The Republican senator said, “he recently submitted a motion to nullify the subpoena. Observing what the court rules.” This is after his attorneys filed a motion to stop the subpoena in federal court in South Carolina on July 13, 2022.

The investigation into Trump and his associates is being led by Fulton County District Attorney Fani Willis.

Fani stated in court documents that Graham needed to testify before the grand jury. It is regarding at least two calls Graham made to Georgia Secretary of State Brad Raffensperger.

Willis wrote in her court filing requesting Graham’s testimony that during the telephone calls, the witness questioned Secretary Raffensperger and his staff. The question is about re-examining certain absentee ballots cast in Georgia.

It is to explore the possibility of a more favorable outcome for former President Donald Trump. The Witness also mentioned claims of major voting fraud in Georgia’s upcoming general election in November 2020. These are in line with assertions made in the media by the Trump Campaign.

The Fulton County Superior Court Judge Robert McBurney is the approved grand jury’s supervisor. He signed off on a subpoena and stated that based on the content and timing of the telephone calls the witness personally made to Georgia Secretary of State Brad Raffensperger. The Court determines that the witness is a required and material witness.

Graham’s lawyers claimed that the senator’s calls to Georgian authorities constituted legislative activity. His actions were protected by the Constitution’s speech and debate provisions in their filing to prevent the subpoena. Senator Graham never attempted to influence the results of any elections. He did not interfere with Georgia’s electoral process.

The topic of discussion was absentee voting and Georgia’s processes based on Graham’s court documentation. As the then-Chairman of the Senate Judiciary Committee and a sitting United States Senator required to decide whether to certify electoral votes. Before a joint session of Congress, his contact with Georgian officials was legislative activity, falling under Senator Graham’s fact-finding and oversight.

In November 2020, Raffensperger revealed, “Graham is a Republican from South Carolina and the outgoing chair of the Senate Judiciary Committee. During a state-wide examination, he had advised Raffensperger to try to throw away some Georgia votes.” Raffensperger recalled the incident to Wolf Blitzer at the time on The Situation Room. Raffensperger said, “he inquired if the ballots could be traced back to the voters.”

Graham was asked whether he was attempting to get the secretary of state to throw out legitimate ballots. Graham responded that it is ludicrous. Graham stated, “he was researching the process used to confirm signatures on mail-in votes for several competitive states.”

Reporters questioned Graham on July 13. It is about whether he would show up before the grand jury if the judge ordered him to. Graham said, “Call me when the court rules.” Katelyn Polantz contributed to this report in one way.

This website uses cookies to improve your experience while you navigate through the website. Out of these, the cookies that are categorized as necessary are stored on your browser as they are essential for the working of basic functionalities of the website. We also use third-party cookies that help us analyze and understand how you use this website. These cookies will be stored in your browser only with your consent. You also have the option to opt-out of these cookies. But opting out of some of these cookies may affect your browsing experience.
Necessary Always Enabled
Necessary cookies are absolutely essential for the website to function properly. This category only includes cookies that ensures basic functionalities and security features of the website. These cookies do not store any personal information.
Non-necessary
Any cookies that may not be particularly necessary for the website to function and is used specifically to collect user personal data via analytics, ads, other embedded contents are termed as non-necessary cookies. It is mandatory to procure user consent prior to running these cookies on your website.
SAVE & ACCEPT
$(".comment-click-152527").on("click", function(){ $(".com-click-id-152527").show(); $(".disqus-thread-152527").show(); $(".com-but-152527").hide(); }); // The slider being synced must be initialized first $('.post-gallery-bot').flexslider({ animation: "slide", controlNav: false, animationLoop: true, slideshow: false, itemWidth: 80, itemMargin: 10, asNavFor: '.post-gallery-top' }); $('.post-gallery-top').flexslider({ animation: "fade", controlNav: false, animationLoop: true, slideshow: false, prevText: "<", nextText: ">", sync: ".post-gallery-bot" }); });