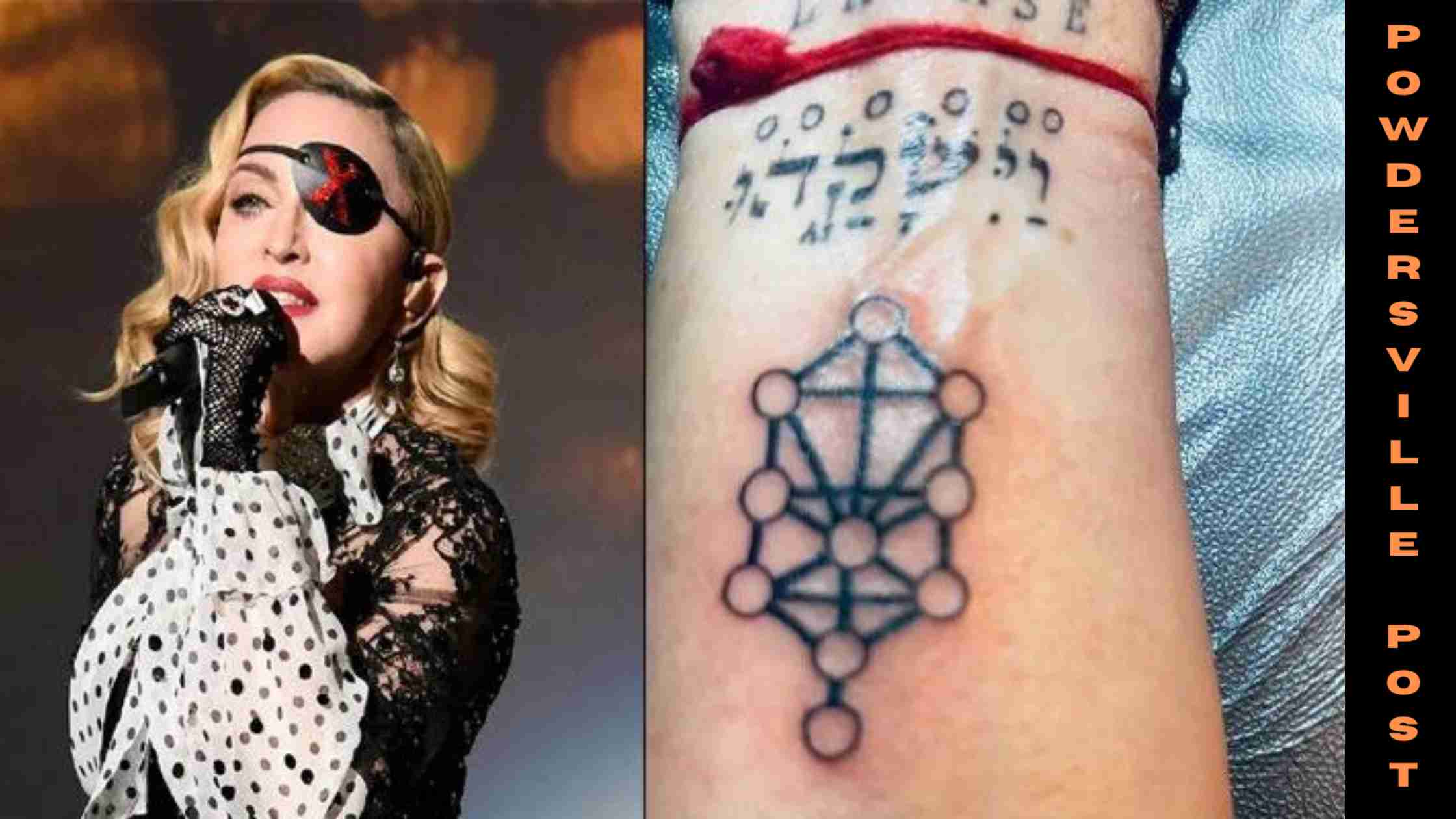 Madonna is a very famous American singer. She also writes songs and has acted in many movies. Her age is 63. She was born in 1958 on August 16.

Madonna Inked Tattoo For The Fourth Time With A New Design

She is regarded as one of the most influential singers in the world. She has written many hit songs, which make her fans go crazy for her. She also worked in many super hit movies, for example, Evita, A League of Their Own, and many more.

Madonna, the famous singer, reveals the first tattoo she got at the end of the year 2020; she got a tattoo for the first time at the age of 62, and she got tattoos of all of her six children’s initials. She got imprinted with this tattoo on her wrist.

After that, she got two more tattoos, including the most recent one, which she revealed on her Instagram page late at night.

Madonna, who has been a Kabbalah student since the 1990s, said she got the Hebrew word for “kissed” tattooed beneath her children’s initials on her wrist. “I’m going to complete the trilogy of tattoos that I was planning to do, so this is my third one,” she said in the video.

Madonna offered her tattoo artist, East Iz, some new ink after her tattoo was finished.

“Just remember – you asked for it,” she quipped as she tattooed an “X” on his palm to match the one she had earlier this year in honor of her Madame X album.

Madonna spent her whole weekend getting her new tattoo, for which she got inspired by the design from the Kabbalah book Ten Luminous Emanations, which was written by the famous writer Yehuda Ashlag.

In the late-night, the 63-year-old singer shared a design that appeared on the cover of the Ten Luminous Emanations on her Instagram page. In the caption to her recent post, which she posted on Instagram, she wrote, “ten luminous emanations in which God manifests itself.”

She got fresh ink for this weekend, in which she featured a design from Yehuda Ashlag’s Kabbalah book, Ten Luminous Emanations.

The book is known as “Ten luminous emanations”. This book was published by the Kabbalah Research Center, and this book came out in 1996. This book is about the creative process that led to the most famous theory, called the Big Bang Theory, that originated our cosmos.

The first tattoo that she had was on the inside of her left wrist and Madonna inked the initials of her children, which were tattooed as LRMDS, in which L represents Lourdes, R represents Rocco, D represents David, M represents Mercy, and the S and E represent the twins’ names, Stella and Estere.

The second tattoo that she had was made in 2021 in the month of March. It is a red X tattooed on her wrist that represents her album called Madame X, which was launched in the year 2021.

And about the third tattoo, which she got in the month of November in the year 2021? She tattooed the word Hebrew, which is an alternate word for kiss, which she had on her left-hand wrist just below her child’s initials.