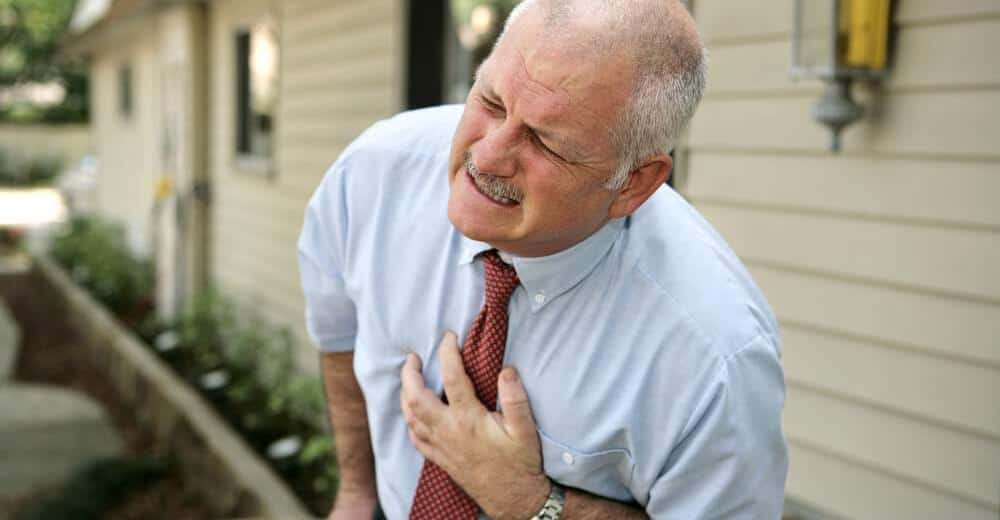 When Mike Maddux got a phone call from his stepfather, it was the evening of the 30th of Jan, 2007.

Mike’s mother had locked herself in the bathroom and her husband was unable to get her to come outside. How could mike help?

Mike got there within an hour as he lived nearby.

His mother still refused to open the door. The paramedics, when called convinced her to open the bathroom door.

Man Survives Stroke As He Got Help Quickly

Mike’s mother, who was 69 and overweight and had arthritis in her legs, had suffered a massive stroke. It was too late for the doctors to get rid of the damage that had been done. She was left partially paralyzed, with many complications and a personality change that caused her to occasionally lash out at family members.

She passed away 7 years hence.

Meanwhile, Mike has stayed fit by remaining active all these years.

Mike felt that he could eat whatever he felt like eating as he exercised very often. This included fast food. His doctors told him that he had elevated blood pressure and his body mass index chart showed that he was on the verge of being obese.

Despite this, he thought his body could handle the junk being pumped into his body.

Recently, Mike and his wife, Cindy Maddux, were in their kitchen after a morning of running errands. Cindy put her hand into the refrigerator to get a bunch of items to prepare lunch.

Mike was leaning against the countertop when she turned around and looked at him.

She asked what was wrong with him, to which he seemed clueless, and asked what she meant.

She thought he was in pain as Mike’s face looked cringed.

She couldn’t understand what Mike mumbled to her.

Trent, their younger son was at home so Cindy asked him to get help while to shed with Mike.

Their older daughter lived next door.

Their son-in-law, Brad Schneller, ran over.

On his left side, Mike was paralyzed and was unable to walk.

Brad picked up a recliner from the living room and brought it into the kitchen, placing his father-in-law on it, then dialed 911.

Mike also had a massive stroke, just like his mom did 14 years ago. His was due to a blood clot in his brain, but luckily, he didn’t have to suffer the same fate.

Mike was given clot-busting medication at his local hospital in Miramar Beach, Florida, then was transferred by helicopter to a bigger hospital in Pensacola.

A mechanical thrombectomy procedure in which a catheter was used to pluck the remnants of the blood clot was performed on Mike by the talented doctors.

The clot was completely gone in the time it took Cindy to reach the hospital, which was roughly 90 minutes.

She said that the doctor who removed the brain clot showed her pictures of his brain before and after and she added that it could have been really bad if it had not been dealt with.

Her 62-year-old husband, Mike, was walking and talking normally when she walked into his room.

She was ecstatic and said that it was amazing.

Mike did not require any physical or speech therapy and recovered fully.

He said that when he realized that his stroke date coincided with his mother’s, it felt like she was trying to tell him that he should change his lifestyle.

Mike has dropped 35 pounds, down to 190, closing in on a normal BMI for his 6-foot frame. He also works out more frequently to keep his weight in check.