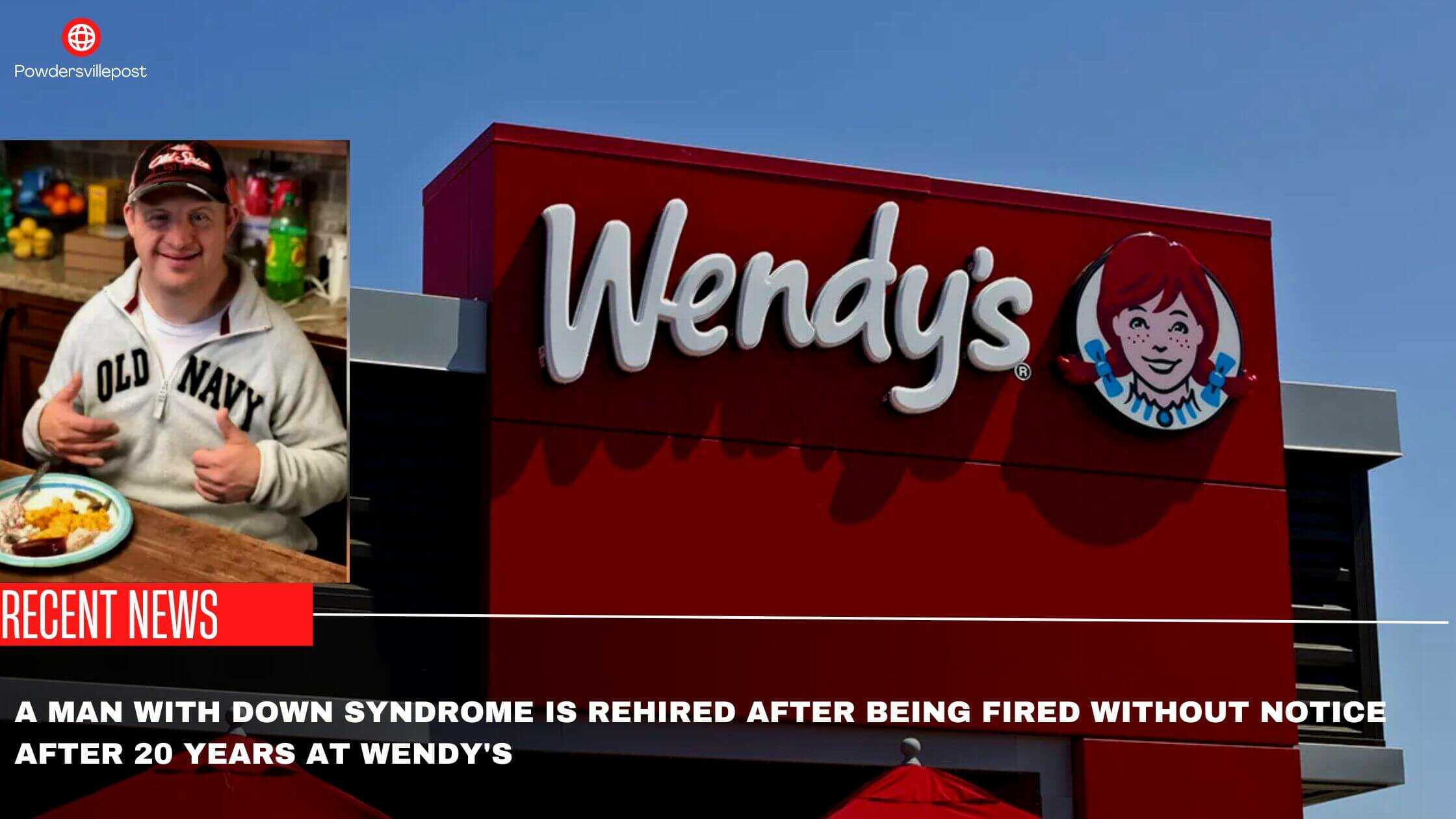 This incident was reported in Gaston’s city at Wendy’s restaurant. A person named Dennis Peek worked there for 20 years, and he was planning to retire very soon from work as he wanted to spend the rest of his life with his family.

But it seemed like destiny had planned something else for him. He has been recently fired from the restaurant without even getting served with the notice.

It is important to mention in the first place that the company has thrown him out of his job without letting him know why he is fired. It was just a normal morning when this person received the call from the restaurant, and the manager told him not to return because he was being removed from work.

This was shocking news for him to tolerate for the time being because he had not expected this at all to happen. He was not even given any reason for this decision.

Still, when he called back the restaurant’s administration, he was informed that since he had Down’s syndrome, he could not be part of the company anymore.

This was not only shocking but also very inhuman on the part of the management. He has been working in that place for almost 2 decades, and such a kind of disclosure at this point was not at all expected when he was ready to throw a retirement party the very next week.

It was difficult for him to understand, for the time being, so he had to take his agony on a social media platform so that some justice could be served to him.

🔵Down Syndrome Men’s Thinking Skills Are Boosted By Hormones – Study

What was the reaction?

After looking at the pain of the person who was removed from his job on account of his mental condition, his family took to social media platforms to protest against the restaurant and its policies, which were unacceptable.

The post was posted on Facebook and Instagram and became viral in seconds. After the post became famous, most people started criticizing the restaurant and Wanted the people to understand that this is not how a person with down syndrome should be treated.

The protest became very strong, and the restaurant management was forced to bow down to the maximum possible extent. In light of the changes that were taking place, it became mandatory for the management to take David back to work.

This was informed to him as soon as possible, and finally, he was in the position to get back to his work with all the sense of dignity and integrity with which he was working there before. This was one of the most important perspectives that had to be considered before evaluating the entire situation.

The Human Rights Commission has taken action against the restaurant administration because this is not how the employees have to be treated.

It was not only immoral but also against the labor code. That is why it became important for the commission to take appropriate action regarding the legal terms so that the remaining restaurants could also get a lesson.

It can be ultimately concluded that this is one of the most effective ways which should be taken into consideration at every point in time. This is going to be a Revolutionary cause that must be supported in all dimensions.

If people start raising their voices, justice would obviously be served to all the people in the minimum amount of time. This is the best that can be propounded so far.