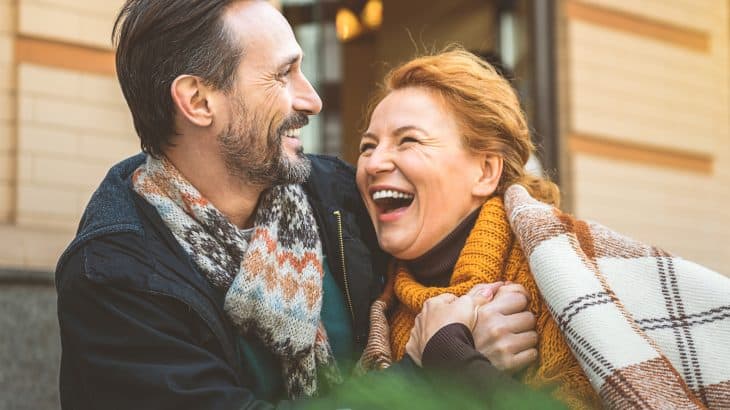 Marriage and children may be usual for most Americans, but a recent survey finds that many people want to be childless and are okay with that.

Many Americans Are Happy With Not Having Kids

According to a survey of 1,000 Michigan residents, one-quarter had chosen not to have children. And, on average, their life satisfaction levels were no different from those of parents or individuals planning to have children.

According to research co-author Jennifer Watling Neal, an associate professor at Michigan State University in East Lansing, the findings might be unexpected on the one hand.

In the United States, she says, it’s still the standard for adults to create a family, and having children gives many people a feeling of pleasure. As a result, people who don’t have children are probably less pleased with their lives on average.

However, Watling Neal emphasizes the distinction between those who do not wish to have children (the child-free) and those who desire children but do not have them (the childless).

People are more fulfilled when they live a life that is congruent with what they desire, according to Watling Neal.

That argument was repeated by James Maddux, a senior scholar at George Mason University’s Center for the Advancement of Well-Being in Fairfax, Va.

According to him, life’s happiness may come from understanding oneself and living according to one’s principles, rather than striving to fulfill the expectations of society or family.

Following their wants, of course, is not a sure way to happiness. According to Maddux, studies demonstrate that people are not very adept at anticipating what would make them happy.

Still, he believes that those who genuinely desire children would be happy if they have them.

What surprised Watling Neal was the overwhelming number of people who were childless.

A representative sample of Michigan people revealed that 27% did not have children, nor did they want or expect to have biological or adoptive children. According to the research published online on June 16 in PLOS One, many, more than half, were single, while 35% were in a relationship.

Because the findings are from a single state, Watling Neal believes they cannot be generalized to the entire country.

Another unanswered topic is if the number of childless people is rising. According to Watling Neal, because this was a one-time study, it cannot reveal any patterns.

It’s unclear, however, to what degree such figures may indicate a surge in the childless. Many people are having fewer children or postponing having children.

However, Maddux believes it is critical to understand why some choose not to have children at all.

He emphasized that declining populations have economic repercussions, and governments would certainly want to know why their citizens are refusing to procreate: Is it, for example, because raising children has become too expensive?

The current study did not inquire about the reasons for people’s decisions. The researchers did, however, have participants fill out conventional questionnaires on personality traits: Are childless individuals, for example, more neurotic or introverted?

However, there were no discernible changes between the childless and either parents or persons who desired children.

However, one distinction did emerge.

When questioned about their political ideologies, childless persons tended to be center-left, whereas parents tended to be more conservative. And the relationship between political opinions and child-rearing decisions remained even after accounting for characteristics such as education and age.

That is not to say that those who hold liberal ideas do not desire children, according to Watling Neal. The two characteristics may simply coexist.

What do other people think of the childless? According to the findings of this study, they are perceived differently. People who had or wanted children were less friendly toward women and men who chose not to have children.

Watling Neal speculated that some individuals may regard childless persons as selfish or deviant from societal standards.

But, as both she and Maddux pointed out, there’s another possibility: jealousy of childless people’s independence.