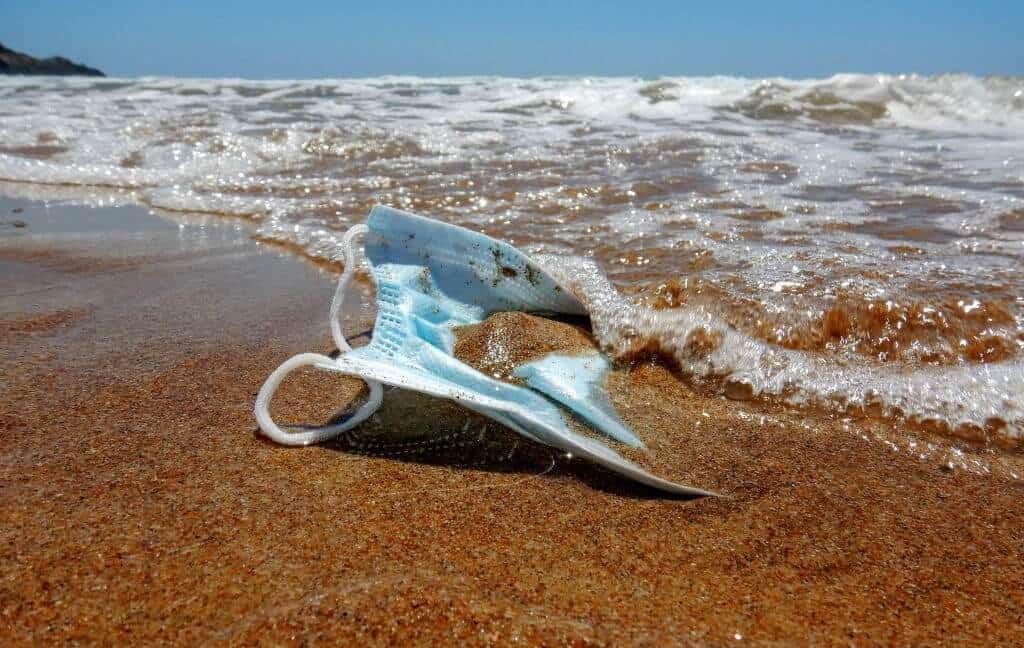 Although the Covid 19 pandemic is being tackled efficiently all over the world, another calamity awaits us. The masks that were used during the covid phase are sooner or later going to end up in the ocean. As per experts these masks will be in huge number and would contribute roughly 25,000 tons of garbage into the ocean.

Masks To Be Discarded In The Ocean Soon? Is Face Mask A Threaten?

As per researchers from the University of California and Nanjing University in China roughly 8 million tons of waste will be added into the ocean with the masks alone. This waste will also reach the beaches in a period of 3 to 4 years. It is been stated that a good amount will be sent to the Arctic Ocean as well due to the tide shifts and currents. The main issue is that the waste in the arctic ocean will take up in the form of glaciers and be stored there for many years to come.

As per the data from researchers, much of the plastic waste comes from Asia. These wastes are mostly hospital waste which is dumped into the ocean directly.

Startup noted that the main reason Asian countries had such an excess of hospital waste is that there is no proper waste management there. And with the covid situation, many of sectors were closed down thereby bringing waste directly into a water body.

The authors of the study stated that waste is not directly dumped into the ocean but are dumped into rivers and carried them from inland to the ocean. So, if waste management is to be done, they need to work on cleaning the river rather than the sea and ocean. This will be more economical and easier as the rivers are much smaller and the currents are low as compared to a sea or an ocean.

It has been observed that the major contributors making up to 73% of the plastic waste were Asian rivers. The main 3 rivers were the Yangtze river, Shatt al-Arab river, and Indus river. This river connects to the East China Sea, Persian Gulf, and the Arabian sea respectively. On the contrary, the European rivers account for only 11% of the total waste to the oceans.

Nanjing University made a model to show how the waste is accumulated into the ocean and the model takes data from real-time and its work is similar to virtual reality. Yanxu Zhang who is a co-author for this report states that the model which was built takes the wind current into account and shows how the waste stays on the ocean and how seaweeds and plankton take over it. Over time this makes its way to the beaches and get underground polluting the fresh groundwater reserves as well.

The report also stated that the waste moves in a circular pattern and is more likely to end up in the Arctic Ocean in the long run.

Researchers stated that the only way to prevent this is to have better waste management by all countries and which needs to be focused on cleaning the river first. Zhang stated that much of technological advancement would be needed to solve the plastic issue as this is just the tip of the ice-burg and we have a whole world to clean.