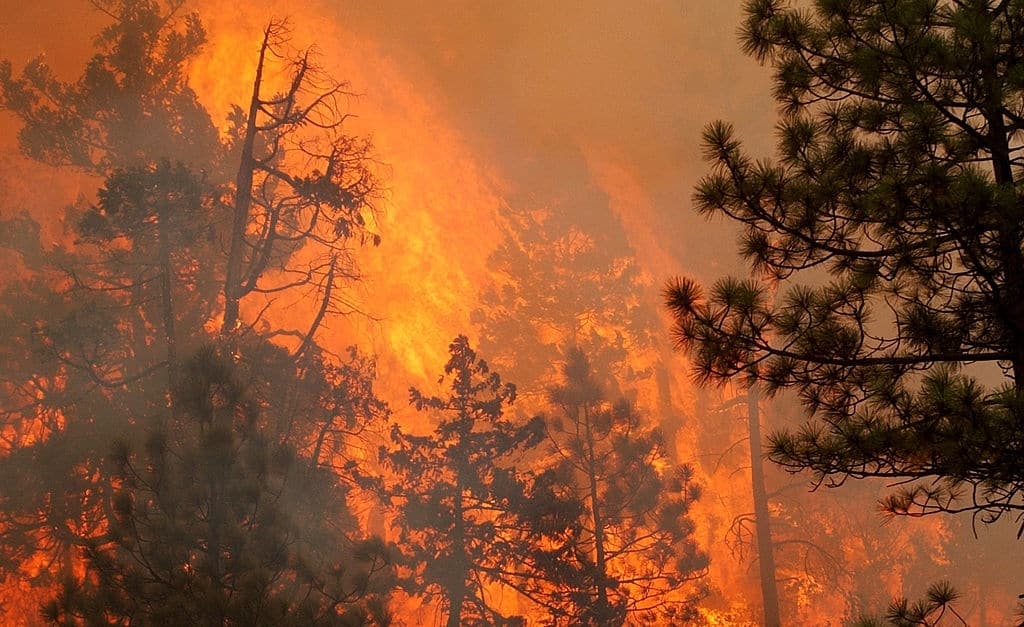 In Oregon, firefighters are racing and trying to slow down the two wildfires. The wildfires are merging and becoming as single inferno on Friday. The wildfire has killed at least 26 people in the last month, and it blazed in three states in West Coast.

One of the Oregon communities was completely burned to the ground in the same week. Almost 500000 people are warned to be prepared for evacuation, and rests are ordered to evacuate. State officials informed that they are focusing on efforts to save lives, but they already expect devastating aftermath. The director of the Oregon Office of Emergency Management, Andrew Phelps, informed reporters on Friday that, “We already know that we have to deal with fire-related deaths, but we are prepared for a mass fatality incident. The preparation is based on what we know and the total number of structures that have been already lost.”

On Friday, Oregon Gov. Kate Brown said, “Already, the wildfire has consumed over 1 million acres, and meantime, dozens of people are missing.” There are two significant fires that emerge in Oregon. The Riverside and Beachie Creek fires are the two wildfires threatening to emerge in the coming days. The smoke from the fire has already deteriorated air quality levels. Four among the top five cities all over the world with the highest air pollution are in the region- Seattle, Portland, Vancouver, and San Francisco, based on IQAir, which is a Swiss air quality technology company that tracks air pollution levels.

Wildfire has already killed six people in Oregon, based on the data from the office of emergency management of the state, and the Lane County Sheriff’s Office has confirmed the same. From mid-August to Friday, in California, at least twenty people have died. Among them, nine were found dead in the current week, and one was in a Northern California fire. The other was recently found killed in Washington State. The total number of deaths that have been linked to the North Complex Fire is ten as per authorities.

On Friday, the Butte County Sheriff Kory Honea said, “Deputies have discovered an anatomical skeleton model. The model is made using resin and found in a storage shed, and later it was believed to be the human body.” In Oregon, Tina Weber and Jim were driving away from the blaze, and they were in Oregon’s Blue River area, and flames completely blocked them. Jim Weber told CNN affiliate KVAL that, “Fires were crossing the road on both sides, and trees were falling, and we were completely blocked.” Later, firefighters helped them and led them away. Along with them, thirty more families were also led to the parking lot belonged to a running track. In that place, spot fires were kept at bay all along the early hours of Tuesday. Later after few hours, firefighters lead them away using a car caravan.

The governor said, “We are affected by many, and a lot of homes were still under fire on both sides of the river. Most of Blue River and a community of people with hundreds of lives were destroyed.” Over 10 percent of the population in Oregon has been ordered for evacuation. In Oregon, at least three people were already killed by wildfires. The fire has wiped out most of the southern cities in Talent and Phoenix, near Medford. Authorities have anticipated that they may find more bodies when they access many more neighbors. By Thursday night, Ted Wheeler, Portland Mayor, declared a state of emergency. He ordered to activate evacuation and to close city parks for people in threatened areas. As per the government, at least 500000 people are already under evacuation just in Oregon, and the number id over 10 percent of the entire state’s population. In the coming days, state authorities expect that this number will grow.

Currently, thirty-five wildfires remain active in Oregon State. Earlier it was 50, and it has gone down. The blazes have already scorched 900000 acres across Oregon State as per the governor’s office. Governor has called the scope of the fire unprecedented. In the last ten years, every year, they experienced 500000 acres burning. Portland, adding to the current grim outlook, planned to limit the firefighting resources since some of them have been deployed to assist some other parts of the state based on Wheeler’s emergency order.

“Lost everything,” said Tiffany Lemmerz of Blue River. But, she is happy since her family survived in the fire. One among the blazing fires running in the state as arrived at her doorstep too on Monday. She was at work, and a six-year-old daughter and sister were at home. She rushed home, and she wanted to get them. Meantime, Lemmerz completely goes into a wreck; she explained the same to CNN affiliate KOMO. She pleaded a sheriff’s deputy for giving a ride home. But, they failed to make it through the flames. Meantime the car’s back was melted in the fire.

Later, firefighters from Junction City rushed to the home, and they successfully got her family out of the fire. Lemmerz said, “My kids are alive, and that’s all I wanted. I have nothing to say, and my kid and family are safe, and it was very close.” In Marion County, the Beachie Creek Fire, well known as the Santiam Fire, started moving through the night on Tuesday; a boy and his grandmother unable to flee from the fire, as per their family. 13-year-old Wyatt Tofte, 13, was later found dead along with his dog on his lap. A family spokeswoman reported the same to CNN. 71-year-old grandmother Peggy Mosso was present in another car, and she was also killed.

A local amusement park owned and operated by the Tofte family, a spokeswoman for Enchanted Forest, Susan Vaslev, said “The fire has killed two beautiful lives.” Vaslev added, “Wyatt Tofte was the sweetest little boy. He loved fishing, and he liked to play video games similar to other kids. He was a polite and sweet little boy.” Wyatt’s mother and Peggy’s daughter, Angela Mosso, is now in critical condition with burns, and she is getting treatment in a burn center in Portland. She is badly burned, as reported by the Salem Statesman Journal. Her husband was looking for family members, and he found her on the road, but meantime, the fire raged them, based on the report by a newspaper.