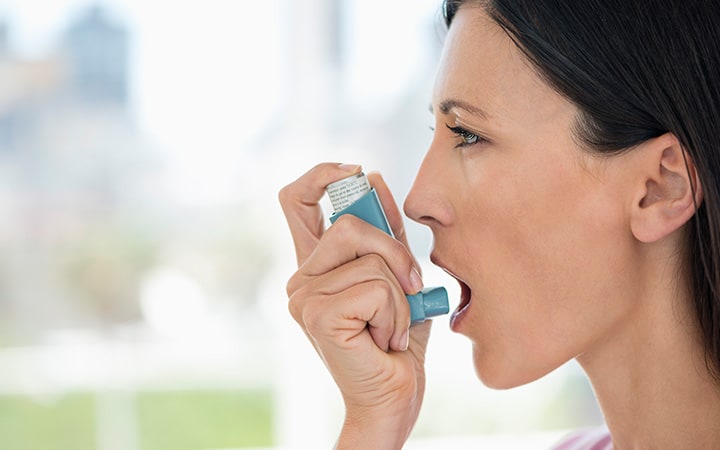 Researchers found that when patients with type 2 diabetes and asthma took a specific class of medication to manage their blood sugar, their asthma symptoms improved as well.

Can Some Medicines For Diabetes Treat Asthma?

This could not only benefit diabetics who may have less asthma control on asthma medications, but it could also potentially open up new options for treatment for those who do not have diabetes.

According to study author Dr. Cahill, who is the medical director of clinical asthma research at Vanderbilt University Medical Center, Nashville, Tenn., patients who started to take these medications experienced less asthma exacerbation, with little need for oral steroids, and fewer asthma-related symptoms over six months.

This means that for patients with type 2 diabetes and asthma, the medications they’re taking for their diabetes could have a direct and positive impact on their asthma, according to Cahill.

GLP-1 receptor agonists are the name given to these drugs. They are a newer class of FDA-approved therapeutics that are used in conjunction with metformin to control blood sugar levels in type 2 diabetes patients or to induce weight loss in obese patients.

Lixisenatide, albiglutide, dulaglutide, liraglutide, and exenatide are currently approved GLP-1 receptor agonists in the United States, according to the National Center for Biotechnology Information.

Researchers from Vanderbilt, Brigham and Women’s Hospital, and Harvard Medical School in Massachusetts, as well as University Hospital Zurich in Switzerland, analyzed electronic medical records of patients with asthma and type 2 diabetes who began using GLP-1 receptor agonists between March 2018 and January 2020.

Patients who took these prescribed medications instead of other diabetes medications had fewer asthma symptoms, according to the study.

Vanderbilt researchers completed preclinical models and discovered that these medications reduce allergic airway inflammation as well as viral-induced airway inflammation. Patients reported improved breathing, a reduction in coughing, and a decrease in shortness of breath.

Obesity and metabolic dysfunction, which is often a catalyst to overt type 2 diabetes, are common comorbidities of asthma patients and are known to worsen asthma control and increase the risk of asthma flares and the need for asthma medication.

Only a link was found between taking GLP-1 receptor agonists and asthma improvement, and clinical trials will be required to confirm the findings in people with asthma, both those with and without diabetes.

The research was recently published in the American Journal of Respiratory and Critical Care. The National Institute of Allergy and Infectious Diseases in the United States supported the research.

There are several reasons to be optimistic about possible future access to completely new types of asthma medications, according to Cahill, including the fact that these could work well for patients that are not responding well to standard therapies.

Patients with obesity and type 2 diabetes who have asthma appear to respond the least well to the conventional asthma medications that have been available for decades, Cahill explained. It is believed that this medication class will effectively target a patient population that currently struggles to maintain adequate asthma control.

As per the Centers for Disease Control and Prevention, approximately 8% of adults and 7% of children in the United States have asthma.

According to Dr. Nish, who is a physician at Northeast Georgia Physicians Group Allergy and Asthma, Gainesville, this results in large amounts of money being spent each year for hospitalizations, emergency room visits, and doctor visits for uncontrolled asthma. Nish was not a participant in the research.

Having asthma under control is critical first, and then having the management of symptoms, which keeps individuals out of the emergency department, hospital, urgent care, and doctor’s office, he added.

Though asthma medications were limited in the past, Nish says there are now those that can control both inflammation and airway constriction. Certain patients, however, do not respond well to any of the existing treatments, he claims.