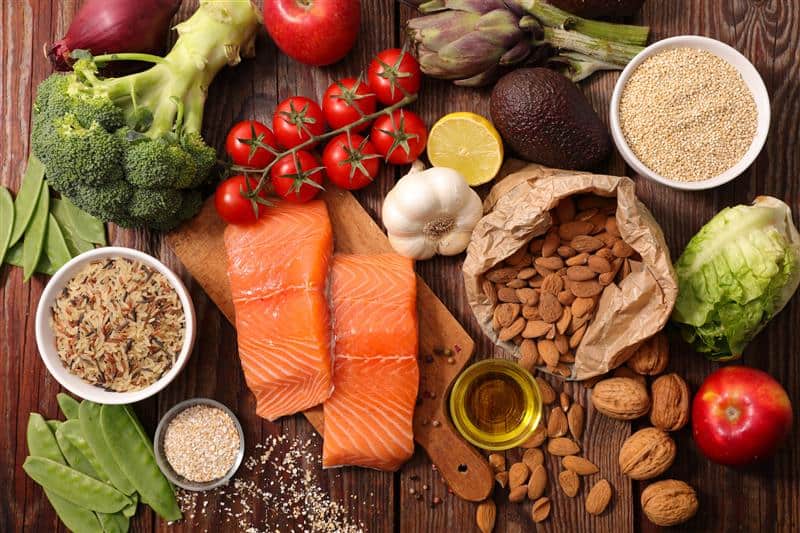 According to the recent studies reported in the Health day news, claimed that diets are rich in fruits, green vegetables, olive oils, and other protein-giving diets or, in culmination, called a Mediterranean diet can protect from various brain disorders like buildup of plaque and brain shrinkage.

Mediterranean Diet Can Reduce The Chances Of Dementia

The study held claimed to look at the relationship between proteins and diets which is directly linked to Alzheimer’s but can also be present in people who do not have dementia. It claimed that the results give evidence that can be used to link eating habits and lifestyle to brain health and the brain’s performance with the increasing age.

This was said by Tommaso who is a post-doctoral researcher in the Neurodegenerative disease center in Bonn. He added that eating a Mediterranean diet can be very helpful to reduce the chances of any sort of brain disorders and developing dementia.

He said that this evidence is not enough, and the researchers need to go in-depth study to find out the underlying mechanism of it. It is just the beginning, and more studies need to be done as this study fails to find the relationship between the cause and the effect.

For the case study, the researchers took data from more than 500 people, of whom around 300 people had a high chance of having Alzheimer’s disease. The participants were asked questions regarding their diet, lifestyle and many tests and assignments were given to them. They underwent different brain scans, and more than 200 samples of spinal fluid were collected for the study.

After the judgment based on age, gender, and educational qualification, they came to an underlying point that the Mediterranean diet can delay the cause of having Alzheimer’s by a period of one year. People who did not follow this diet had a higher chance of getting brain disorders as they had more quantity of amyloid and tau.

The people who did not follow the Mediterranean diet had comparatively lower scores in memory tests as compared to those who follow it. Overall, the Mediterranean diet had an impactful partnership with brain functioning, and the results also prove that those who followed this diet had comparatively more brain functioning and reduced chances of Alzheimer’s disease.

Researchers noted that there could be errors in the reports as the patients were asked to rate their diet and their lifestyle on their own, which can lead to variation in the results. Diet is not only the essential criteria for those suffering from this disease. Various other factors need to be taken into account to complete the study.

Exercising, a healthy routine, mindset, etc., can also impact brain functioning. Those who took a balanced diet were seen to have fewer chances of Alzheimer’s than those who don’t. The Mediterranean diet the best, but people who don’t follow should be able to at least follow a balanced diet rather than eating junk foods and destroying their lifestyle and the functioning of the brain.