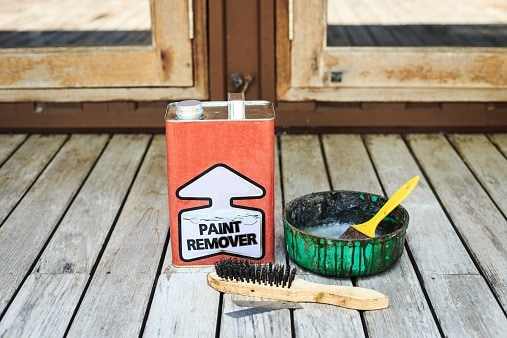 Paint stripper or paint remover is a type of liquid designed to remove paint, furnishings and in coating the layer. It is a solvent chemical, Methylene Chloride, also known as dichloromethane found in the paint remover, strippers, degreases and adhesives.

Methylene Chloride In Paint Remover Leads To Deaths In The Workplace

When this is inhaled, it causes a large production of carbon monoxide, which stops the oxygen from reaching the heart, and at high doses, it also affects the brain’s breathing process, leading to death in a few seconds. A recent study found out, due to this deadly chemical in these removers, many workers are dying, and the numbers are increasing.

The senior researcher VeenaSingla, a scientist at the Natural Resources Defence Council in San Francisco, said, inhaling this chemical makes you feel dizzy, nauseous and leads to unconsciousness and death. She said in a small space like a bathroom, which is enclosed, the chemical vapours can accumulate within 10 minutes and that to be reached to a very harmful level.

This also can affect on a long-term basis as it can cause kidney damage and leads to liver cancer. Methylene chloride is a strong solvent and very good at dissolving quickly, but it’s banned for consumer use still used in industries and professional paints.

The manufacturers and industrialists are against the ban; according to them, the deaths are not related to the chemical because they didn’t wear proper gear. But as this chemical is very deadly, so the protective gear for this is very specialized and are not available for many people; workers are using regular latex gloves, which didn’t protect them from this as it’s easily absorbing the chemical directly to the skin and the face mask they wear are not filtered one, it’s regular one which easily passes the fumes.

The U.S. Environmental Protection Agency has banned methylene chloride as this is very hazardous and dangerous. Singla said, to avoid this chemical as much as you can, you can use old strippers except buying a new one, or you should search for alternatives.

Many nations, including European nations, have already gotten rid of using methylene chloride and using other alternatives to prevent deaths, and it also saves the environment.

To get more clarity about the facts Singla and her team reviewed the deaths related to methylene chloride between 1980 and 2018; they found around 85 deaths in the United States by methylene chloride, and 74 were during working with this chemical.

According to the report of the American Association of Poison Control Says, between 1985 and 2017, there are 37,000 methylene related nonfatal cases. Another report came from the director of the lobbying group safer chemicals healthy families.

Liz Hitchcock confirms that methylene chloride in the strippers can kill and already killed many workers. As they’re 53 uses of methylene chloride and EPA booked 47 of them can cause deaths, so they banned this chemical for the public interest. Replacements of Methylene Chloride in paint strippers such as benzyl alcohol, dibasic esters, NMP. These have large molecular volumes, which prevent getting in multiple layers.