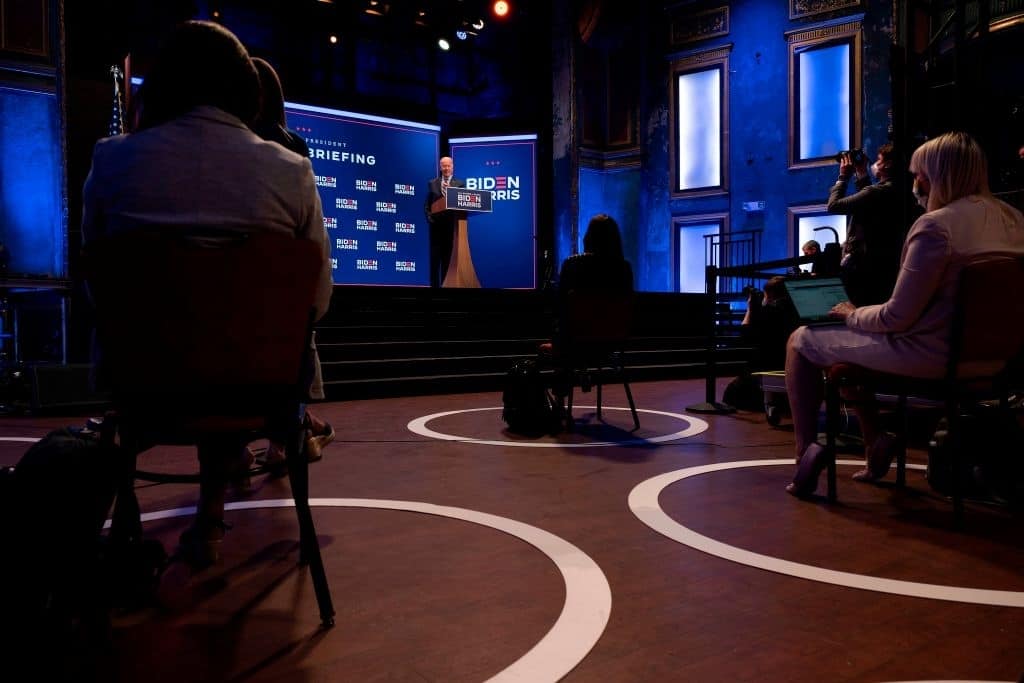 President Joe Biden and other top health experts in the US are condemning the state of misinformation regarding Covid-19 vaccines which are leading to the alarming spread of the virus by unvaccinated Americans!

The president said that social media sites like Facebook and Twitter are leading sources of misinformation that are ‘killing people’ due to the hesitancy of vaccines it is creating among Americans.

While barely a couple of months back, the challenge that stared down the Biden administration was to keep the supply of vaccines steady against growing demand, as millions of Americans rushed to get vaccinated. In a paradigm shift, the problem now is to reinforce the demand which has bow fallen remarkably short against the supply.

Data from the US Centers for Disease Control and Prevention confirms this fact with less than half the US population being fully vaccinated. Covid-19 related hospital admissions in Florida have risen to 73% after months of steady decline when the vaccination drive was in full swing.

Top health experts in the country like Dr. Leana Wen, former health commissioner of Baltimore, and Andy Slavitt, a former adviser to president Biden on Covid-19 have said that misinformation caused by social media sites are convincing people to forego masks and ditch the vaccine.

The Republican Governor of Utah Spencer Cox leveled blame against his right-wing counterparts alleging that they are spreading vaccine misinformation after inoculating themselves.

So far, there have been more than 34 million confirmed cases of Covid-19 with over 608,800 deaths, ever since the Coronavirus started spreading in December 2019, as per data from the John Hopkins University.

The decline in vaccination numbers became even more apparent as Canada surpassed the US in its percentage of fully vaccinated residents.

The University data also showed that infection rates in the past 7 days were higher than in the week before. The percentage was almost 70% overall in the average daily cases in these past 7 days.

All 50 states reported a spike in infection rates, but the cases in rural areas were much more severe. Dr. Rochelle Walensky, Director of CDC marked out that such rural areas have been particularly affected by this fourth wave of Covid-19 due to low vaccinations.

Walensky added that this was fast becoming the ‘pandemic of the unvaccinated’ as hospitalizations increasing by 36% and deaths by 26%.

The states of Arkansas, Missouri, Florida, and Louisiana each have the highest case rates per 100,000 people, averaging over 150 the past 7 days. These 4 states alone accounted for over 40% of the total cases in the US.

Among these 4, Arkansas has been leading for daily new cases as health experts pointed out the fact that only 35% of residents in the state have been fully vaccinated.

The Baptist Health facility, one of the largest facilities in the state said that the majority of the hospitalizations there were pf unvaccinated individuals.

Meanwhile, Los Angeles County has advised people to wear masks at indoor gatherings regardless of vaccination status, to curb the spread of the virus.

Meanwhile, Stanford University researchers showed that the effects of the second dose of Pfizer and Moderna vaccines far exceeded those of the first one in combating the Covid-19 virus.

Zients, the former White House correspondent made a plea to unvaccinated Americans to get their shots as soon as possible. He said that the cases would continue to rise and would be centered among the unvaccinated communities.