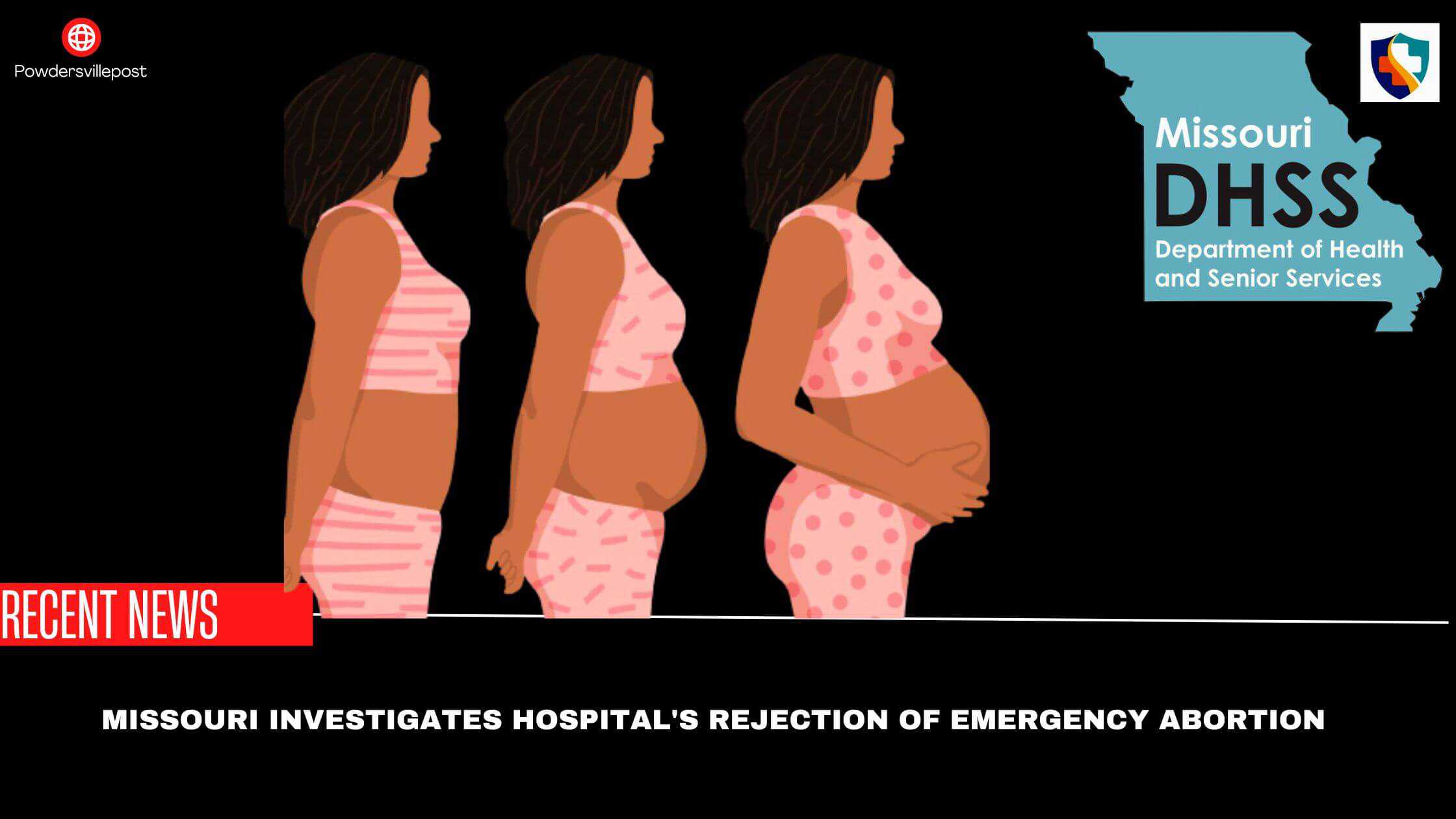 The Missouri Health and Senior Services has launched an investigation into the treatment of Mylissa Farmer (41) at Southern Missouri’s Freeman Health System.

According to Lisa Cox, the spokeswoman at Missouri Health and Senior Services, the hospital had allegedly denied an emergency abortion to Farmer and this was a clear violation of federal healthcare rules. The investigation has been started under the federal Emergency Medical Treatment and Labor Act (EMTALA).

Farmer, a resident of Joplin, said that she had gone to the hospital’s local emergency room on August 2 after her water broke. The doctor did a check-up and found that all her amniotic fluid had gone and the survival of the fetus was not at all guaranteed.

They had also warned her that if she waits further then her condition will worsen and it will be hard to remove the uterus too. But as the fetus had a heartbeat and since her condition was not risky at that moment, the hospital wasn’t ready to do an abortion. Because of this Farmer had to finally get an abortion done in an Illinois hospital, outside of her own state.

According to a new law that came in June 2022, abortion has been banned in the state of Missouri. There are exceptions to this law within the context of medical emergencies but the doctors and healthcare systems do not have a clear idea of what applies and what doesn’t. This confusion made Mylissa Farmer travel out of the state to get her abortion done.

The Biden government has communicated to all hospitals in 13 US states which has banned abortion that all kinds of life and health-saving medical treatments must be provided to citizens even if it includes abortion. This should be done as a precautionary and life-saving measure for pregnancy-related emergencies. The policy guidance released in July by the Department of Health and Human Services has made it mandatory for all hospitals and doctors to provide abortion as a life-saving medical emergency if required and the ones who don’t comply with this can face penalties and even termination from the Medicaid and Medicare programs. It also specifically states that EMTALA supersedes any sort of abortion mandate of any state in the US.

The Department of Health and Human Services has cited several instances regarding pregnancy emergencies where the EMTALA guides should be taken into account like when there are Ectopic pregnancies, premature rupture causing water to break, preeclampsia, etc. These are life-threatening situations and emergency abortion measures should be initiated by healthcare experts in these scenarios.

Greer Donely, Associate Law Professor at the University of Pittsburgh who researches abortion issues has said that the EMTALA has initiated investigations of other hospitals and doctors regarding complaints similar to that of Mylissa Farmer where abortion was denied even in cases of emergencies. One such case has been opened in Texas but it hasn’t come out to the public. It is the policy of the CMS to not disclose any EMTALA cases until the investigation is over and the findings and penalties have been decided. But in this case, the patient has come out to the public as she believes she has been denied emergency medical care in her own state. The allegation is serious on all accounts and the investigation hopes to shed light and seek justice for Ms.Farmer.

Physicians and doctors on the other hand are expressing concern over how politicians and lawmakers are monitoring the activities of medical professionals and this can be a very problematic thing to do when they have to make decisions according to their expertise and intuition.

Liz Syer, spokeswoman for the Missouri Freeman Health System refused to comment on the allegations citing patient confidentiality. Their response is awaited.