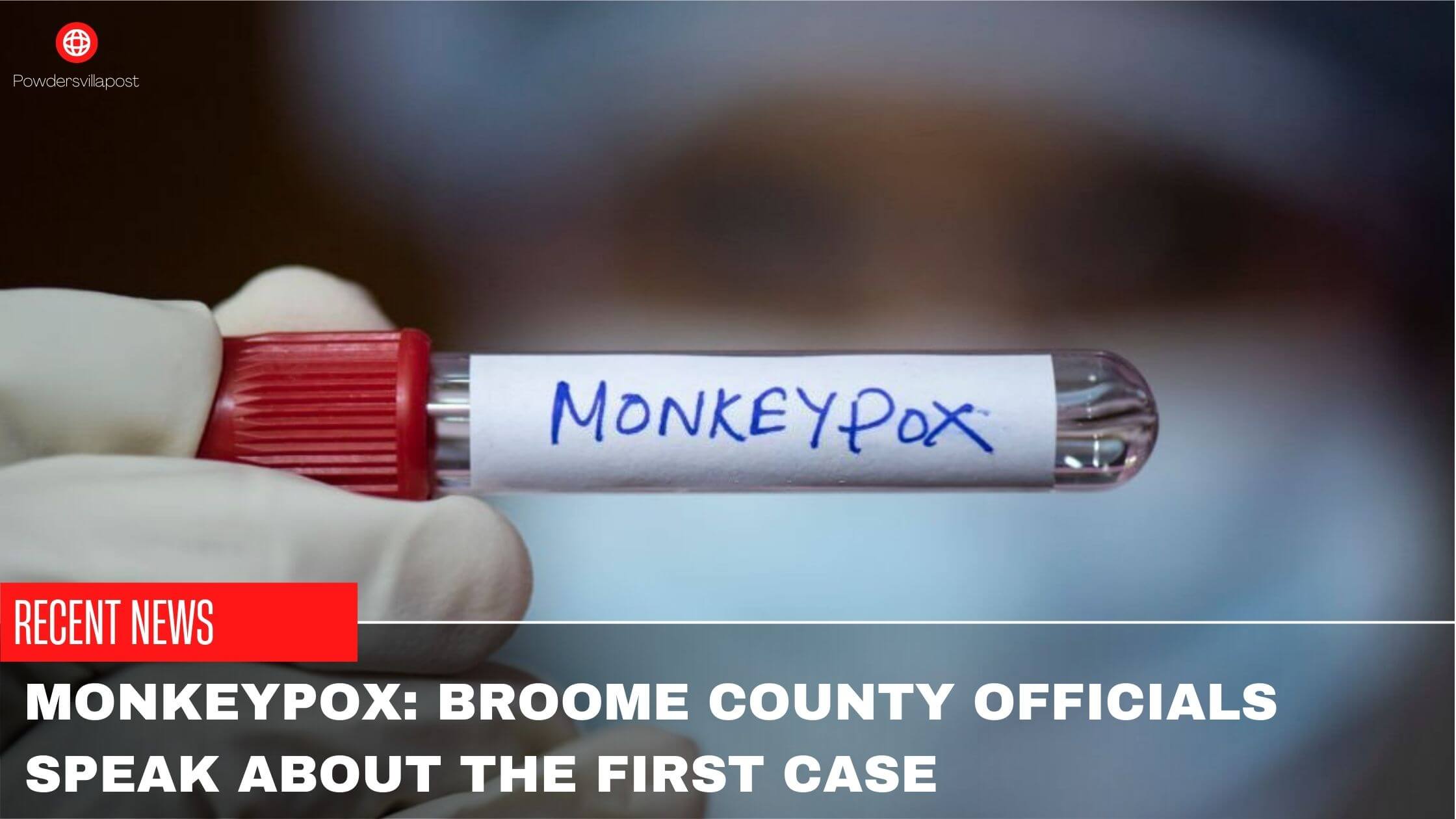 Recently, on July 29, 2022, Broome County detected its first monkeypox case. According to health authorities, it was just a question of time, since it was predicted to occur soon by experts. However, there is no need to fear because the level of harm is still quite minimal.

The patient did not interact with anyone while healing at home. The vaccination, which is in limited supply, is currently unavailable throughout the county.

Mary McFadden, director of health for Broome County, said they made an effort and For the county, the focus right now is on treating and protecting those who have already been exposed.

The CDC had identified about 2,900 incidents of monkeypox and a similar virus in the United States as of the end of July 2022.

From 35 cases reported in early June, that number increased. In comparison to the over 1,000 cases that were reported to the World Health Organisation (WHO) in early June, the organization had identified over 16,800 cases of monkeypox worldwide as of late July.

Symptoms of Monkeypox, that you must be aware of-

Between one to two weeks after exposure, the monkeypox infection can start to cause symptoms.

Along with flu-like symptoms including:

📌Also feature rash or skin swells like pimples and blisters.

Anyone experiencing symptoms should get in touch with their doctor and the local health department.

Causes And Symptoms Of MonkeyPox: Should You Be Worried?

Monkeypox: Chance To Become New STD Virus In US!!

Immediate interaction with the contagious rash, scabs, or bodily fluids allows the virus to spread. A person cannot spread the virus if they don’t have any symptoms.

In total 170,000 doses of the monkeypox, vaccination is scheduled to be distributed in New York State. But the Southern Tier has almost no access to the vaccine. So far, the state saw more than 1,300 cases reported of monkeypox.

Today, County Executive Jason Garnar addressed the public via a video news conference to discuss the case and explain the characteristics of monkeypox. He even predicted that the illness will soon spread throughout the county.

A rare viral infection called monkeypox typically does not result in significant illness. Flu-like symptoms are characterized by rash symptoms. Lesions normally heal in stages over a period of two to four weeks.

Some groups may have a higher chance of suffering serious consequences if they get the disease based on prior outbreaks of monkeypox throughout the world, like people who have reduced immune systems, the old, young children under the age of 8, and pregnant women.

The Broome County Health Department advised staying away from skin-to-skin contact with anyone exhibiting symptoms associated with monkeypox and relying on reliable health information from the CDC, New York State Department of Health, and your local county health department to what measures to take next.

Despite the name “monkeypox,” the disease’s origin remains unknown. The first case of monkeypox in a human was reported in 1970. Prior to the 2022 epidemic, monkeypox cases have been reported in a number of Central and Western African countries.

Earlier, practically all occurrences of monkeypox in individuals far outside Africa were connected to either imported animals or foreign travel to nations where the illness frequently occurs. These incidents happened on many continents.

The WHO’s take on Monkeypox-

A public medical crisis of international concern was proclaimed in relation to the rapidly expanding outbreak on July 23, 2022, by WHO Director-General Tedros Adhanom Ghebreyesus.

According to the WHO, an “extraordinary event” that poses a significant risk to public health qualifies as an international public health emergency. It is distinct from pandemics like the coronavirus outbreak.

A pandemic is a worldwide virus outbreak that affects a lot of people, kills a lot of them, disrupts daily life often, and generally causes suffering.

CDC Centers Of Diseases Control And Prevention(n.d)Signs and Symptoms(Available Online):