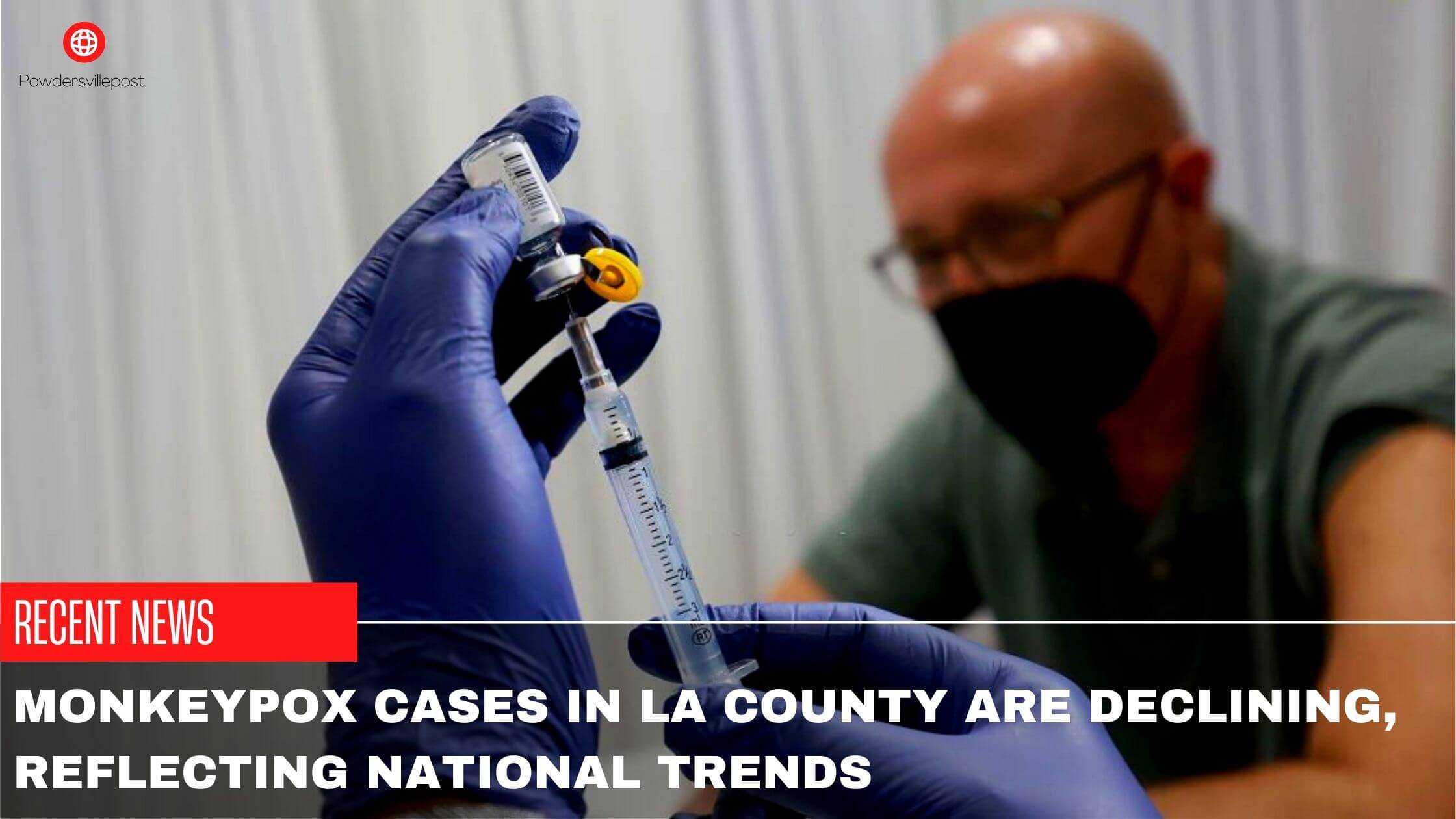 Owing to the mass distribution of Vaccines, the rate at which new monkeypox is spreading has started to reduce significantly in Los Angeles country. The monkeypox cases have reduced by almost 32 percent this week as compared to the prior week.

Monkeypox has started to level in many parts of the United States, the place where the outbreak initially started. In the last week of July monkeypox in LA was as high as 71 percent and at the start of August, almost 300 new cases were reported every single day according to the T Times Analysis.

Until 11th August 2022, there has been a steady rise in the spread of monkeypox which has started to decline slowly and became leveling by almost 22nd of August. At present, almost 23 percent of people are getting affected by Monkeypox totaling 16,603 cumulative cases of monkeypox as of 25th August 2022 in Los Angeles.

🔵The First Incidence Of Monkeypox Is Reported By Texas State University

Before pondering the reason behind leveling of Monkeypox you have to first understand how the disease spreads in the first place. The chance of the spread of monkeypox is very limited in the absence of prolonged proximity. Hence unless you are in skin-to-skin contact with a monkeypox-infected person, the chances of you acquiring monkeypox are very minimal. Monkeypox is not as easily transmissible as coronavirus.

If you want to take an early treatment for monkeypox you will have to understand if you are body has been infected by the virus. Look for symptoms of rashes or burns in your rectal and genital area as a monkeypox infection targets these two areas first before spreading to other parts of your body.

Normally people are not able to identify they are infected by Monkeypox because the rashes that MonkeyPox causes are similar to the ones that occur to people normally.  Hence people mistake monkeypox for normal skin infections and allergies and treat it as a normal skin condition and delay acquiring the required treatment from their medical expert.

Once they identify what they have been infected it, the Monkeypox would have spread to all their body parts making the treatment extremely difficult and uncomfortable.

Hence you must get yourself treated when for the mildest of the symptoms to prevent spreading the disease and also empower the public health officials to help prevent the further spread of Monkey Pox.

The rate of monkeypox has significantly lessened since the virus does not spread unless one comes in skin-to-skin contact with an infected person. Owing to the alarming increase in the rate of monkeypox people have become extremely cautious of their intercourse activity and have taken the necessary precautions which have become the main reason behind the lessening of cases towards the end of August. Many people have also started testing cautiously in cases of unusual rashes which helped further in lowering the rates.

Appropriate vaccination policies have been implemented in Los Angeles and over 72000 Jynneos vaccines have been supplied all over LA. The vaccination procedures are properly administered and the country is targeting to get over one lakh people fully vaccinated shortly.

The rate of death owing to Monkey Pox is also very less as out of 47 patients who have been admitted to the hospital for treatment none has passed away.

Compared to other parts of the world, the rates of Monkeypox infection are significantly lower in Los Angeles.