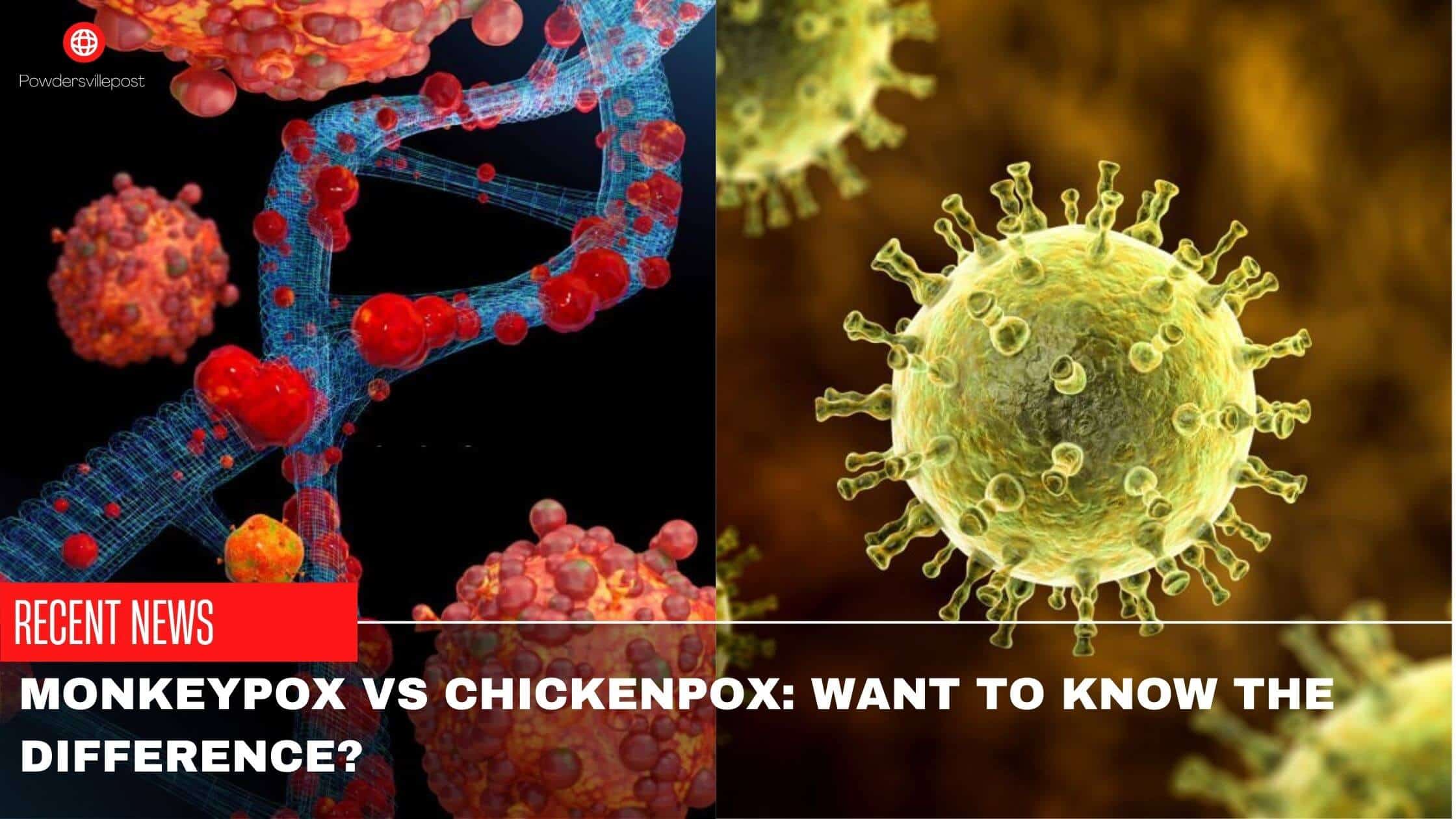 Monkeypox and chickenpox both have quite common symptoms which include Skin rashes and fever which causes confusion between both them. However, doctors say that there is a difference in the way the symptoms of both viral diseases appear in the patients. It has been advised to consult the doctors to remove any doubts.

How Can Differentiate These Two?

Monkeypox is a viral zoonosis with symptoms similar to those seen in the past in patients with smallpox, although it is clinically less severe.

According to doctors, it has been found that during the rainy season, people are more prone to viral infections, and during this time, chickenpox cases are seen extensively along with other infections with symptoms such as rashes and nausea. Because of this condition, some patients are getting confused and mistake chickenpox for monkeypox. However,  patients can figure out if he has monkeypox by analyzing its sequence and onset of symptoms.

What are the symptoms of monkeypox?

Fever, malaise, headache, occasionally sore throat, cough, and lymphadenopathies (swelling of lymph nodes) are the typical early signs of monkeypox and all these symptoms might present up to four days before skin lesions, rashes, and other problems. Symptoms, mainly start in the hands and eyes and spread throughout the body. Other experts also agree and say that apart from the skin, there are other symptoms in the case of monkeypox, but it is always better to consult a doctor to clear any doubts. Recently, in some cases, two suspected cases of monkeypox have turned out to be chickenpox.

🟢Causes And Symptoms Of MonkeyPox: Should You Be Worried?

The big difference between the two diseases

The incubation period for monkeypox can last between 7 and 14 days, whereas the symptoms of chickenpox can take up to 16 days to manifest, according to the US Centers for Disease Control and Prevention (CDC).

While the majority of the first symptoms of monkeypox and chickenpox are similar, the former is distinguished by having swollen lymph nodes, which do not happen with chickenpox. Swollen lymph nodes typically result from a bacterial or viral illness, according to the Mayo Clinic. Generally speaking, the lymph glands are crucial in warding off infections.

How distinct from chickenpox rash is the rash caused by monkeypox?

The rash is a typical sign of both chickenpox and monkeypox infection. Chickenpox rash begins to show one to two days after the fever, whereas monkeypox-related rash typically appears within one to three days of a fever.

Monkeypox rash frequently begins on the face and progresses to the palms and soles of the feet. It initially turns into papules and pustules loaded with fluid before changing into a scab and peeling off.

The check, back, and face are the first places where the itchy, blister-like chickenpox rash manifests. Then, except for the palms and soles, it covers the entire body.

How should both be stopped from spreading?

Through close touch, monkey and chickenpox can be transmitted. Nevertheless, it is imperative to avoid having close contact with those who are sick with the viruses. The CDC advises using an alcohol-based hand sanitizer or often washing your hands with soap and water if you have monkeypox. Getting vaccinated against chickenpox is the greatest approach to preventing the disease.