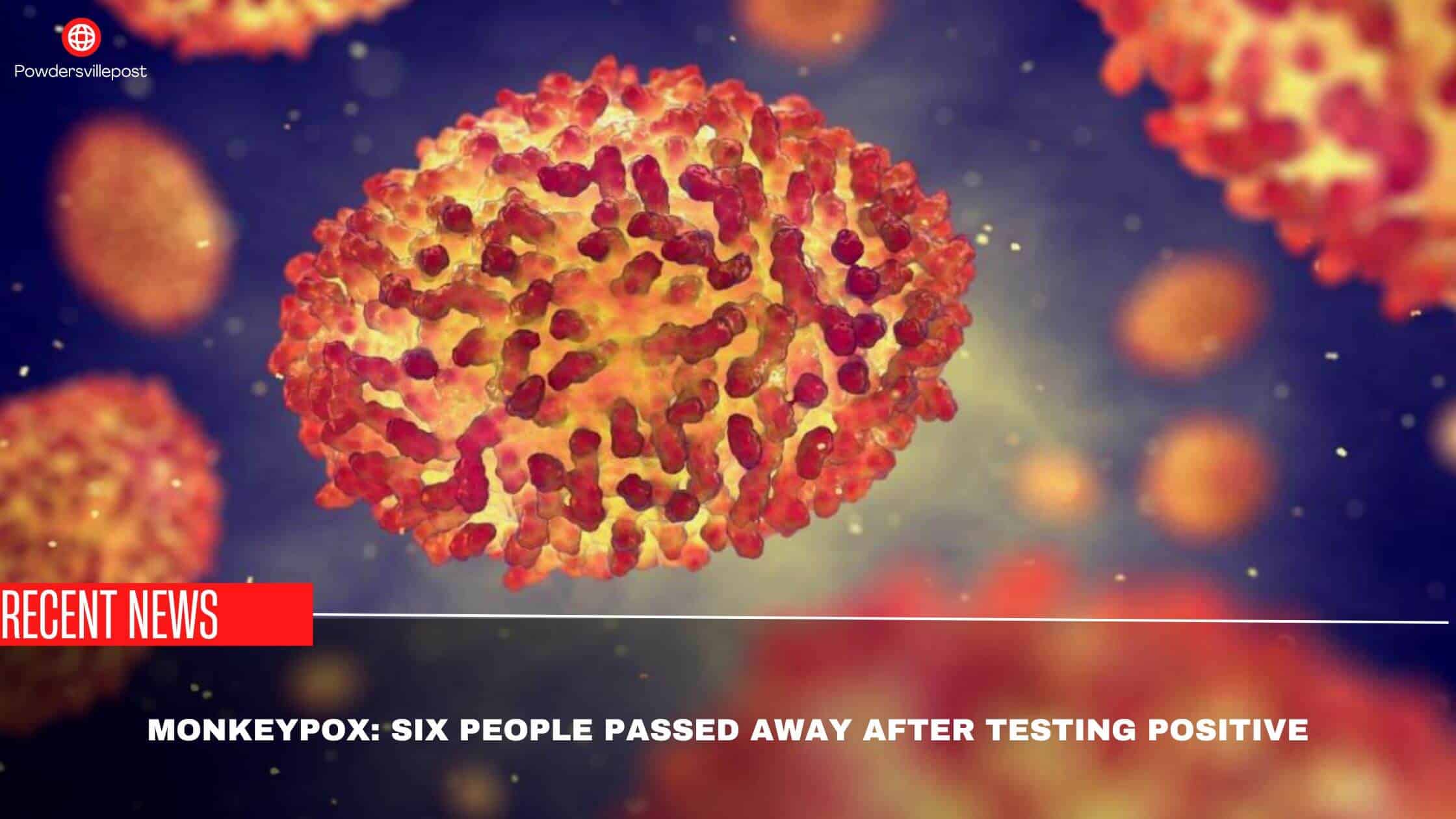 The US local health departments have confirmed the deaths of 6 people who tested positive for monkeypox on Sunday.

They belonged to the states of New York, Chicago, Maryland, and Nevada. The news comes as a shock to everyone and the Department of Health in all the states of the US has stated that they are making every effort to prevent the further spread of the virus through vaccination, community engagements, and sharing of information.

According to the Maryland Department of Health, the person who died of monkeypox was immunocompromised.

The two people who died in Chicago were also having other health conditions with low immunity which caused the complications due to the MPV. This was confirmed by the Chicago Department of Health.

Six Persons Have Passed Away Following A Positive Monkeypox Test

The Health Department officials of the respective states have expressed their condolences for the families of the affected and have given assurance that they are trying their best to stop further cases. Dr.Jinlene Chan, Deputy Secretary for Public Health Services at the Maryland Department of Health has urged people with weakened immunity or people who have other health conditions to get vaccinated if they are on the eligibility list as soon as possible as this would reduce risk of severe complications due to the Monkeypox Virus.

In September, a person from Los Angeles was the first person who was reported to die of MPV in the U.S followed by another one from Ohio. But the Ohio death had other health complications too. Dr.Priya Banerjee, a forensic pathologist from Rhode Island and clinical assistant professor of pathology and laboratory medicine at Brown University observed that it was usually difficult to assess the death of a person due to Monkeypox Virus as apart from detecting the presence of the virus in their bodies, we would also need to understand if the death was caused by the activity of the virus in the body by affecting organs like heart, liver, lungs, brain, etc.

Scientists are saying that they are still in the process of completely studying the nature of the virus and how it affects its host. In order to create more efficient vaccines, it is important to know the activity of the virus. They are also suspecting that the virus might have spread across new animal hosts and thereby increasing the risk of a possible bigger outbreak.

Monkeypox Virus is a type of Zoonosis virus, which means the kind of virus that gets transmitted from animals to humans. The symptoms of MPV are similar to that of the smallpox virus. It was first identified in a 9-month-old boy in the year 1970, in the Democratic Republic of Congo. The virus gets transmitted from animals to humans through undercooked meats, products obtained from infected animals, etc. Animal trade is also considered one of the points of contact with the MPV. Because of this, certain countries have put strict regulations on animal trade but illegal trade still continues and this also can lead to a possible outbreak in the future. Human-to-human transmission often happens with close proximity contacts, respiratory secretions, touching infected objects and surfaces, etc.

The symptoms of MPV usually start with severe headache, fever, lack of energy, and back and muscle pains which subsequently lead to the development of rashes and lesions throughout the body.

The Centers for Disease Control and Prevention stated that a total of around 27,884 cases were reported in the US who were suspected of Monkeypox and even though the cases have been steadily decreasing, people are still concerned about the complications and untimely deaths, especially in people with weakened immunity and other health risks.