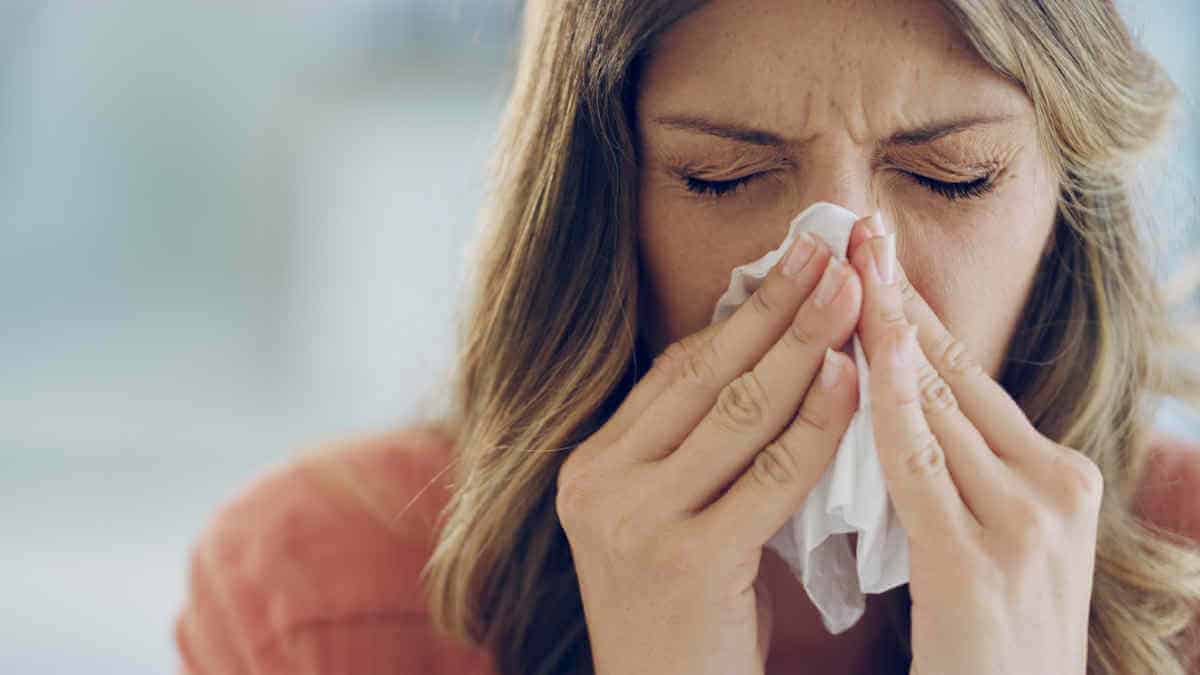 Lower respiratory tract infections were the seventh most common cause of death in 2016, in the United States. Over 95,000 deaths were attributed to this.

More Cause For Concern With Regards To Airborne Transmission

Inhaling droplets from coughs and sneezes and contact with contaminated surfaces were believed to be the main modes of transmission for respiratory diseases by experts. It was found that aerosols may be the most dominant route by a comprehensive review of 206 studies. The authors say that aerosols are tiny particles that are so small that they remain suspended in the air.

Aerosols, according to the authors can remain suspended for prolonged periods of time, accumulate in the air and also travel long distances.

On the contrary, droplets are larger particles that find their source in coughing and sneezing. This can carry infection over a distance of 0.2 meters which is the optimum distance for the transfer of infection.

More of the virus is carried by aerosols. Droplets, which are larger cannot reach the lower respiratory tract, unlike aerosols which can go deep into the lung tissues. It is hoped by the authors that better ways to prevent infection can be designed by understanding the transmission route better.

Prof. Chia Wang said that at the beginning of this outbreak, he decided to conduct a literature review on this topic. He did so in order to understand the transmission pathways of Covid and other respiratory viruses better.

A critical care medicine specialist, Dr. Shahyar Thomas Yadegar said that in the air, small viral particles remain for a long time even after a person has left the area.

He is also the medical director of the ICU at Providence Cedars-Sinai Tarzana Medical Center. He said that these particles can cause infection in healthy people, and this should change how healthcare providers and public health officials view and approach respiratory diseases. This rethinking is required especially with Covid as it evades full scientific and clinical understanding.

The size of the aerosol and the ability of the human respiratory tract to clear aerosols that have been inhaled are impacted by relative humidity.

Respiratory aerosols, under a relative humidity of 80% can reach a size that is up to 40% smaller than it usually is.

The implication of this is that the respiratory tract is more easily penetrated by the virus.

In conditions of low relative humidity, less efficiency is exhibited by the mucus in the lungs which helps in clearing particles that have been inhaled.

The reason why influenza and some common cold viruses are seasonal is due to certain respiratory viruses being more susceptible to changes in relative humidity.

It has been shown by some research that humidity and temperature have some impact.

The effects of access to tests, behavior in cold weather will be hard to disentangle.

Until a majority of people have some form of protection, this will not be possible.

Prof. Wang said that airborne transmission as a major transmission pathway, not only for Covid but also for many other viruses that affect the respiratory system, is one of the important findings of this study.