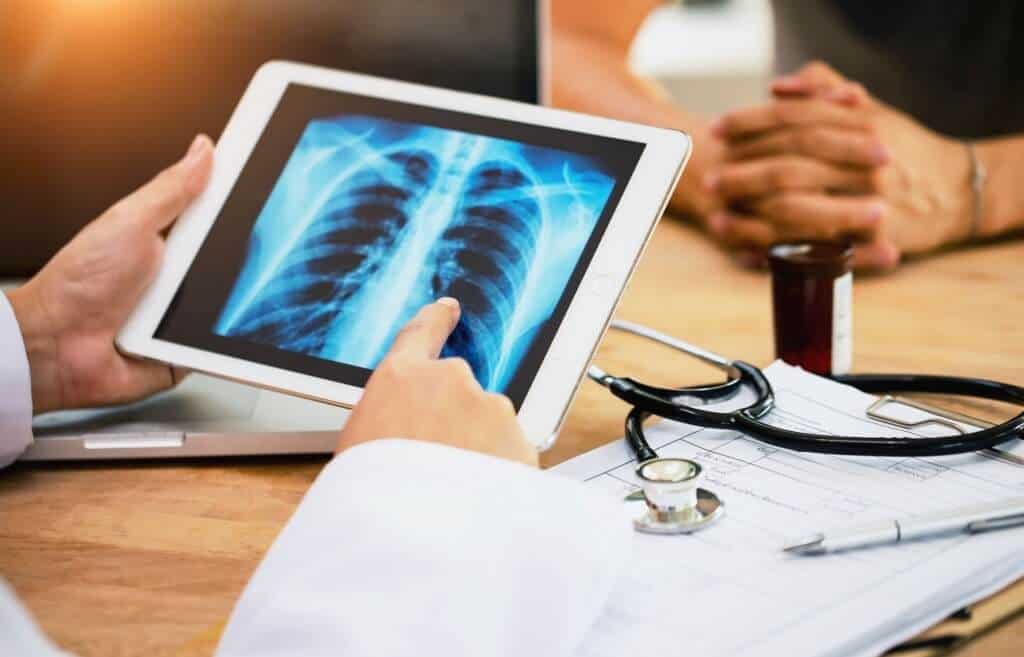 The 56-year-old resident of South Carolina was diagnosed with lung cancer at stage 4 but says there are lots of reasons to be positive because lung cancer’s narrative changes from being a terminal and horrific disease to chronic and gradually to a cure.

He is clear about the challenges he faces.

He bluntly accepts that he is at a war and it has been a roller coaster ride. He has been fighting from all fronts. He has had radiation, a brain skull surgery called craniotomy for removing his tumor, and three different therapies. He is also fighting drug tolerance because targeted therapies do not last long. Along with all of these he’s fighting the cancer stigma, especially about lungs. Unfortunately, he’s also fighting financially.

Smith says a lot of people ask him why he visits hospitals. But he believes in medical innovation and he is stubborn. He follows his doctor’s advice. He eats healthy and is physically active.

The American Lung Association says that patients like him are becoming the norm. Over the last decade, significant improvements in treatment and screening have given patients like Smith a survival rate of at least five years with a percentage shooting up to 33%.

Much of this is because of the development of immunotherapies and targeted treatments. The American Lung Association’s marketing and communications national director, Daniel Jason says that in the last five years, the US Food and Drug Administration has given approval to more than 40 therapies for treating lung cancer. It has enabled more patients to thrive and live longer.

He said that today we have a lot of hope for lung cancer patients and their families.

Ashley Stringer has fought lung cancer for four years. She agrees. She says that there is a lot of hope on the horizon. She recalls a twist of fortune when she was diagnosed with stage one cancer accidentally at the age of 34 when she was visiting for an unrelated issue.

Stringer repeatedly says that there is hope. She said there are multiple drugs available in the market. These drugs are effective and new ones are continuously coming so there is hope.

But beating the disease is not the only challenge people with cancer have to face. Additionally, there is also a stigma surrounding this condition. People believe that this disease only strikes smokers. And most of them think that detecting it early is near to impossible.

Smith has begun a mission of helping out people with lung cancer, educating them, and correcting their misconceptions.

In a survey conducted on 4,000 people in the Lung Health Barometer, only 3 out of 10 people were aware that deaths caused by lung cancer are one of the leading reasons for fatalities in the United States. Only one-third of people were aware of low-dose CT scans and early detection screenings which can help diagnose the disease early.

This can explain why only a few cases get detected in their early stages. It is estimated that if lung cancer is diagnosed early it can lower the death rate among high-risk people in the United States that accounting for nearly a 14.2million people.

Stringer says that getting diagnosed with lung cancer is not a death sentence if you catch it early. If you detect it early, it is the key. There are various screenings available and most of them are 0 to very low cost.