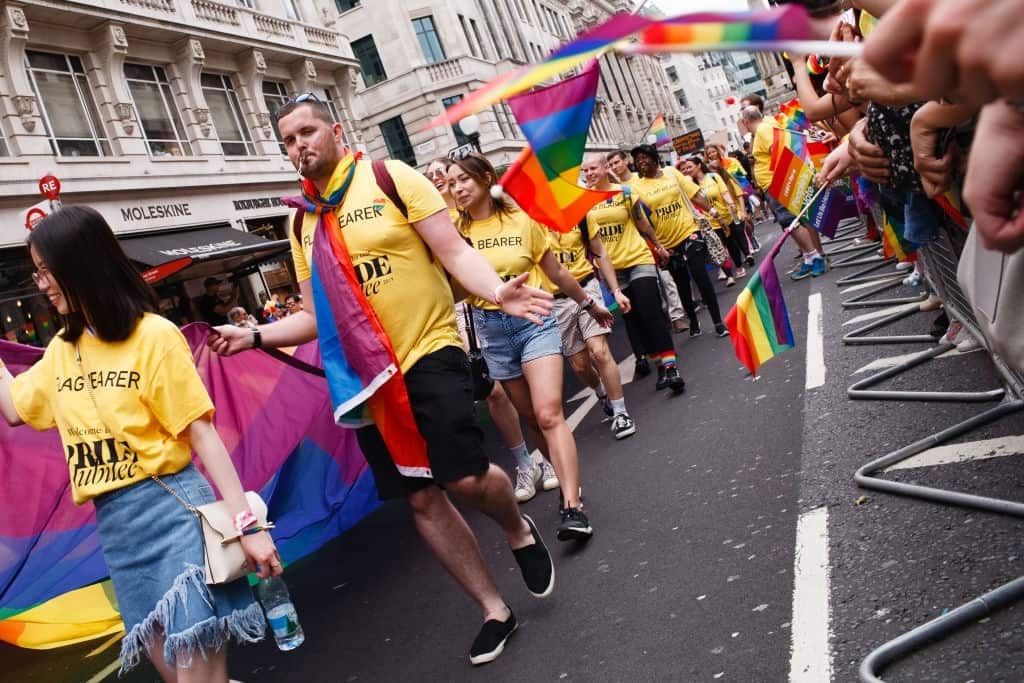 Many people believe that LGBTQ people are legally protected against discrimination. But the reality is that they are not protected. The protection for such people has entered the highest court of the US, and it would be interesting to see the outcome in the next few months.

According to a survey conducted by GLAAD, several Americans wrongly believed that the LGBTQ people already had federal protections against discrimination in terms of housing, employment benefits, using public spaces and the military. However, GLAAD says that most people from the community are left out, and their rights are not considered seriously by the federal governments. Such things were never discussed prominently in any debates, and it was Joe Biden who once made a mention of such rights during a town hall.

Many people also believed that marriage gave them the same rights as everyone else. However, in reality, marriage equality was not the endpoint for such rights and many important things are not covered in such rights.

GLAAD also had several interesting findings with regards to the public opinion about the LGBTQ community.

Nearly 89% of the general public believed that LGBTQ people should have equal rights in terms of housing, and they should not be evicted because they are from that particular community.

In the same way, nearly 80% of the general public and 65% of the LGBTQ community members believed that it is illegal to turn away people from restaurants and other public places because of their sexual identity.

When it comes to denying them the employment benefits like health insurance or pension, about 78% of the general public and 70% of LGBTQ community members believe that it should be illegal to deny such rights to the same-sex partners.

Even when it came to using public restrooms, there were a lot of discrimination, and nearly half of the general public and half of the LGBTQ community members believe that it should be illegal to discriminate them about their right to use the restrooms according to their gender identity.

The study was based on the survey conducted on nearly 2500 adults, and it was done before the crucial decision of Supreme Court was announced in June regarding prohibiting discrimination in the workplace for the community members of LGBTQ.

The reality is far away from what most Americans believe about the LGBTQ community rights. A majority of federal protections are not available to the group, and they face discrimination in several areas. As of now, there is prohibition when it comes to transgender people serving in the military.

Similarly, transgender students are not able to access the bathroom that corresponds with their gender identity. They do not have equal access to housing, and married same-sex couples cannot access partner health care benefits.

You will be surprised to know that even though the Supreme court made a ruling to prohibit discrimination against the LGBTQ community in the workplace, the Department of Justice has not yet implemented it in the federal agencies.

The importance of the Equality Act has been repeatedly emphasized by the organizations supporting the LGBTQ community. This bill will explicitly deny any sort of discrimination just on the basis of gender identity. In this way, it will include all federal rights that are available for the general public.

According to a poll conducted in 2018, the bill got wide support from a vast majority of Americans, and they all campaigned for equal rights for the LGBTQ community. As of now, the Equality Act is sitting idle in the court, and not much movement has happened since the past few months.

Community members believe that discrimination is not just pertained to legal rights, and it goes far beyond legal rights into other areas of society. There are several cases of harassment and violence against the general public for targeting the LGBTQ community. Especially trans women have been at the receiving end in many cases, and they are yet to find justice.

This is the same case everywhere, and many countries have even worse conditions for the LGBTQ community people. However, as awareness spreads about the community, things may improve in the near future. The main problem with the community arises due to their sexual identity in public places. This is what puts them in the spotlight on most occasions, and the general public sees them as an eyesore in public places.

In this regard, it also becomes the responsibility of the community members to maintain appropriate behavior in public places so that they can also be seen as regular people and it does not cause any sort of embarrassment to the general public. Apart from that, they should also work hard towards improving the living standards of the community members and get them good job opportunities in the long run. In this way, they will get the much-needed dignity in the community, and they can fight in a better way for equal rights.

There are very few people in the legal fraternity who have publicly admitted about their LGBTQ status and getting such support from people belonging to different professions will change the overall outlook about the community in the long run.

Along with that, even the media has a big role to play in developing the thinking of the common public with regards to such community members. The transgender community is always shown lightly in several television programs, and this needs to change as the society will only consider them as second class citizens when they have such identity in public.

Even though several members of the LGBTQ community have acquired high ranks in federal agencies, they are not coming forward in public to accept their status for fear of facing discrimination at the workplace. This attitude needs to change, and it can give some hope to other community members working in different professions.

The Equality rights may not resolve all the problems of the LGBTQ community in the long run. Unless the community finds general acceptance among the public, their lives are not going to get better just because of a court ruling.