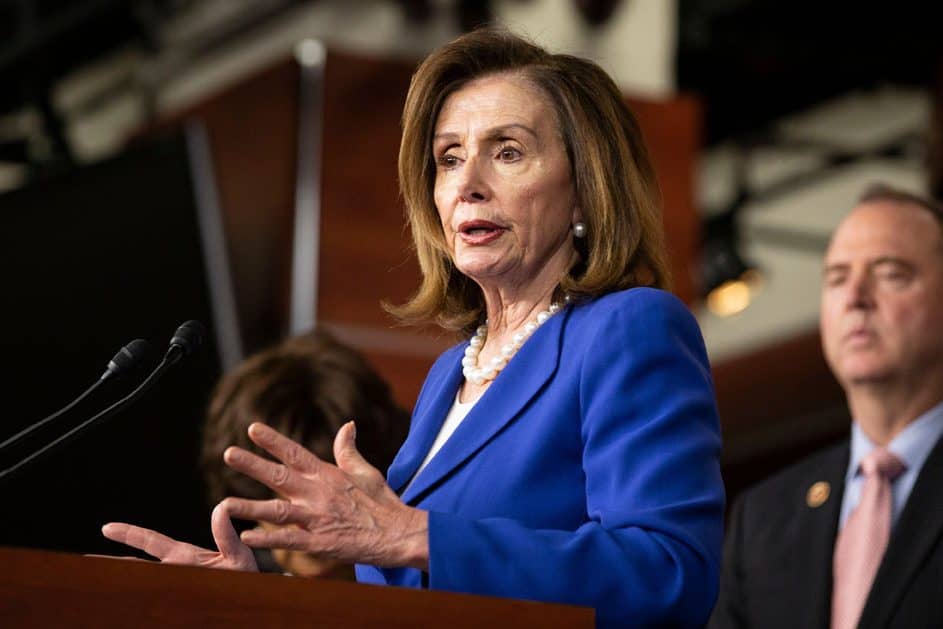 The incident went viral after media sources published security camera footage that showed Pelosi inside the salon on Monday. The visuals were aired on Tuesday, along with an interview from the owner of the eSalon, Erica Kious, in San Francisco. The media slammed Pelosi for visiting the salon when it was not supposed to be opened for public use. Due to the coronavirus restrictions imposed in San Francisco, salons are not supposed to operate, and this was amended only on Tuesday. Not only salons, even other businesses, also had many restrictions that were removed on Tuesday. When it comes to hair appointments in salons, they have allowed access to one customer at a time, and the customers are supposed to wear a mask all the time during the visit.

The guidelines also recommend the usage of ear loops as they can be worn even while getting hair treatment. As per the restrictions, the salons were supposed to be closed on Monday. Drew Hammill, the spokesperson of Pelosi, said in a statement that the appointment was made by Pelosi after the salon informed her that she could be accommodated within the city’s guidelines. In the short video that emerged on Tuesday, Pelosi was seen walking in the salon without her mask covering the face. However, the mask was around her neck, and her hair was wet at that time. The spokesperson of Pelosi clarified that she had taken off the mask only for a short duration as she got her hair washed.

Even Pelosi also issued a statement saying that she always had the mask at the salon and had only taken it off for a short duration. Speaking to reporters on Wednesday, Pelosi said that she had to take off the mask as she was getting her hair washed. She even questioned reporters if they would wear a mask while getting their hair washed. However, she took full responsibility for believing in what the salon owner had said at the time of appointment. Pelosi said that she has been regularly visiting the salon for many years, and this made her believe their words when they said that they could accommodate one person at a time and had given her an appointment. She added that she trusted the words of the salon owner, and it turned out to be a setup.

Reacting to the incident, Kious, who owns the salon, told the media that she was not in control of the situation as the stylist had rented out the chair. She said that stylists rented out the chair in the salon, and the stylist had taken the appointment with Pelosi. However, she said that she had prior knowledge of the appointment. Republicans have criticized Pelosi for her actions and called her a hypocrite as she had flouted the guidelines issued by the local authorities that were meant to slow down the spread of coronavirus. On the other hand, the stylist Jonathan DeNardo has said that it was the owner who authorized the appointment even though it violated the local health rules that prohibit salons from operating indoors. However, it is not clear if he knew that it was a violation of local health guidelines.

Law firms representing DeNardo have said that they have evidence to show that Kious has been operating the salon herself since April this year by flouting various norms. She was not even wearing masks during various appointments. The law firm said that they had evidence in the form of photos, videos to prove their point. Not stopping at that, they also said that they had many witness statements regarding the violations of health orders in the salon during the pandemic. Talking to reporters, Kious said that she had lost more than half of her clients after this scandal and blamed Pelosi for the shutdown of her business. Kious also denied the allegations of setup and said that as the appointment was already made by the assistant, there was no way she could have been part of the setup.

Trump was quick to react on the issue and said that Nancy Pelosi innocently claims that she fell for the setup while she got the salon opened improperly without wearing a mask. He also questioned if the House needed a speaker who can be set up so easily. Hair salons and barbershops across San Francisco have remained shut since March, and the new guidelines for reopening them only came on Tuesday this week. However, the Pelosi salon scandal, as what it is popularly called, now happened on Monday, thereby violating the local health orders in the city.

The state orders allow for indoor services of hair salons and barbershops. However, cities can impose stricter rules if the situation demands, and this was done in San Francisco. The local leaders took stock of the situation and decided to impose strict regulations regarding the opening of hair salons and barbershops. For this reason, the salons were shut down across the city since March. This rule was implemented to prevent the spread of coronavirus in the local community.

As the number of cases continues to rise in this region, the local leaders felt that shutting down such hotspots will help to reduce the number of new cases by a considerable margin. However, this has not gone down well with the salon owners as they have accused the local leaders of spoiling the business for many months. In this regard, the local health guidelines were amended, and salons were allowed to operate from Tuesday. Even now, there are few restrictions with regards to the usage of masks, and the stylists and everyone in the salon, including the customer has to wear masks all the time during the haircut.