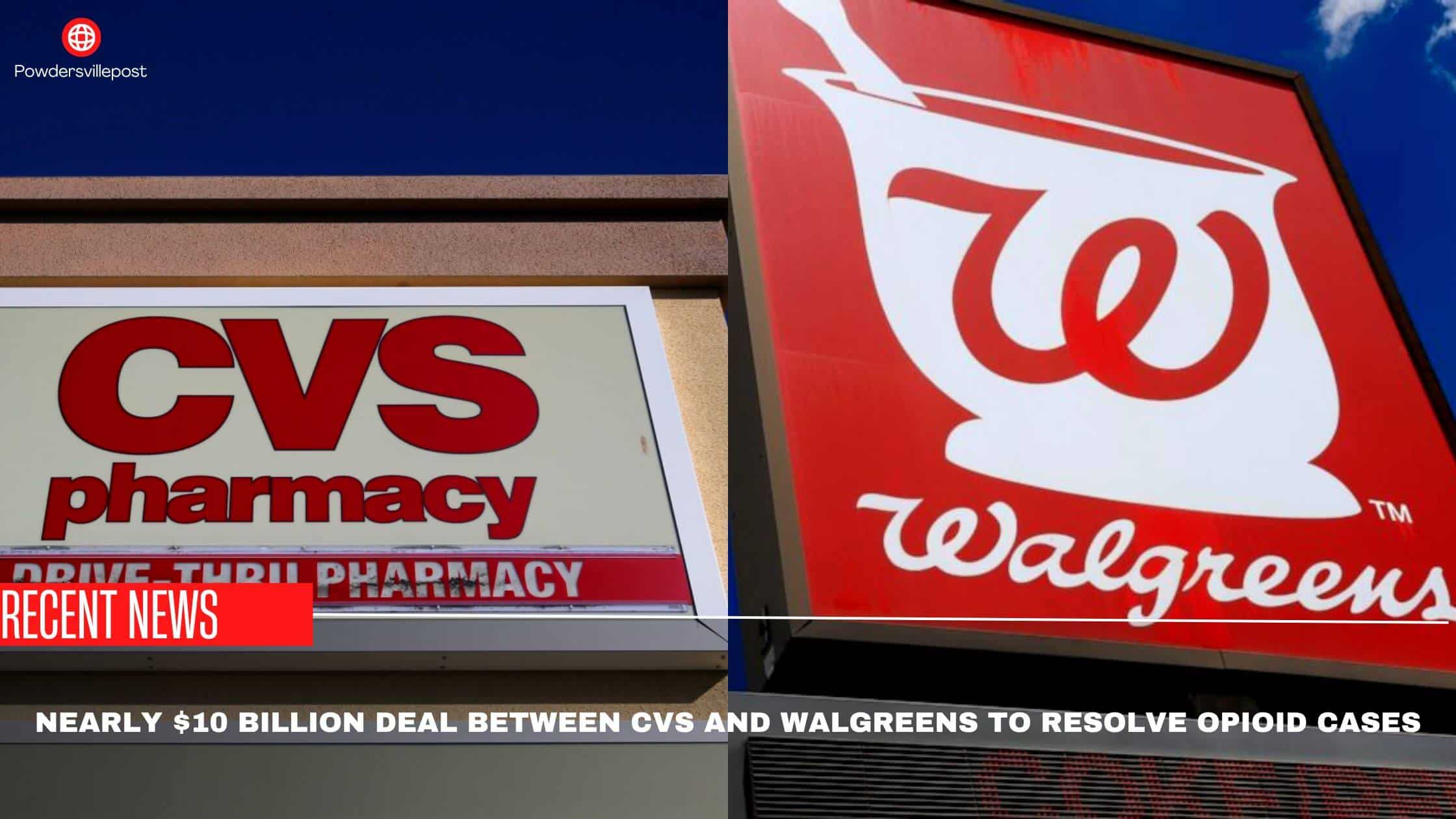 A $10 billion settlement agreement has been reached between U.S cities, tribal governments, and pharmacy chains CVS and Walgreens regarding the opiate crisis which led to 500.000 deaths in the U.S in the last 20 years.

A preliminary agreement has been reached by both parties regarding settlement claims that were triggered by a large number of lawsuits filed against the drug makers, pharmacies, and distributors by the victims as well as the cities, states, and counties.

CVS and Walgreens are two of the largest National Pharmacy chains in the U.S. The settlement by these companies comes behind the settlements done by other major drugmakers like Johnson & Johnson, Teva, and distributors AmerisourceBergen, McKesson, etc. who also reached billion-dollar settlements in the past.

Walgreens’ spokesperson said that as part of being one of the largest pharmacy chains in the country, they were committed to finding the ideal solution. This decision would be in the best interest of the company and its stakeholders. Walgreens plans to settle an amount of $4.8 billion in a period of 15 years and $144.5 million to Native Americans in the same period. They would also end up paying $753.5 million in terms of attorney’s fees in the next six years.

Thomas Moriarty, CVS’s chief policy officer also stated that they are pleased to resolve the claims and lawsuits. He hopes everything would work out in the favor of all parties involved as well as the shareholders, colleagues and the customer base of the company. CVS said that they will start distributing the settlement amount in 2023 and it will span over a 10-year period.

Karen Lynch, CVS Chief Executive expressed concern about the opioid abuse that has affected millions of Americans. Both of the pharmacy chains would continue fighting the other lawsuits filed against them specifically that of private litigations. They believe that they have a strong legal defense against such litigations.

The lawsuits filed against these companies claimed that the overuse of opioids by the members of several communities in the U.S happened because of the lack of proper regulations that should have been imposed by the drug stores.

The pharmacies denied these allegations and said that the healthcare system expects the stocking of these habit-forming drugs in the pharmacies. Opioid overuse has become a major crisis in the U.S as it has become an epidemic in itself.

🔵Expect Opioid Overdose Wave To Hit Rural And Urban Areas In The U.S

🔵Overdoses Of Opioids Have Increased; The United States

According to a report, in the US, around one million people have died since 2000 because of drug overdose and the majority of these belong to the opioids category. Analysts have observed that the basic problem stems from the overprescription of opioids for pain relief and other related health problems. This slowly leads to addiction and can lead to overdose.

The settlement agreement specifically states that the companies are not agreeing to any sort of admissibility in wrongdoing or liability for the events that happened to the victims or their families. The settlement amount is also based on conditions that should be approved by the governments of the cities, states, tribes, and counties. They do not cover settlements for any private litigations filed against the pharmacies.

At the beginning of 2022, CVS had agreed to pay $484 million to the state of Florida as part of settling opioid claims and also to fund treatments for drug misuse and health problems caused by opioid addiction. They had also agreed together with other companies like Walmart, Walgreens, and Rite Aid to pay up $26 million in settlements to two counties in New York state.

Opioid addiction starts with the prescription of legal opioid drugs such as painkillers and the addiction to such drugs causes them to look for more potent forms of illicit drugs like fentanyl, heroin, etc.