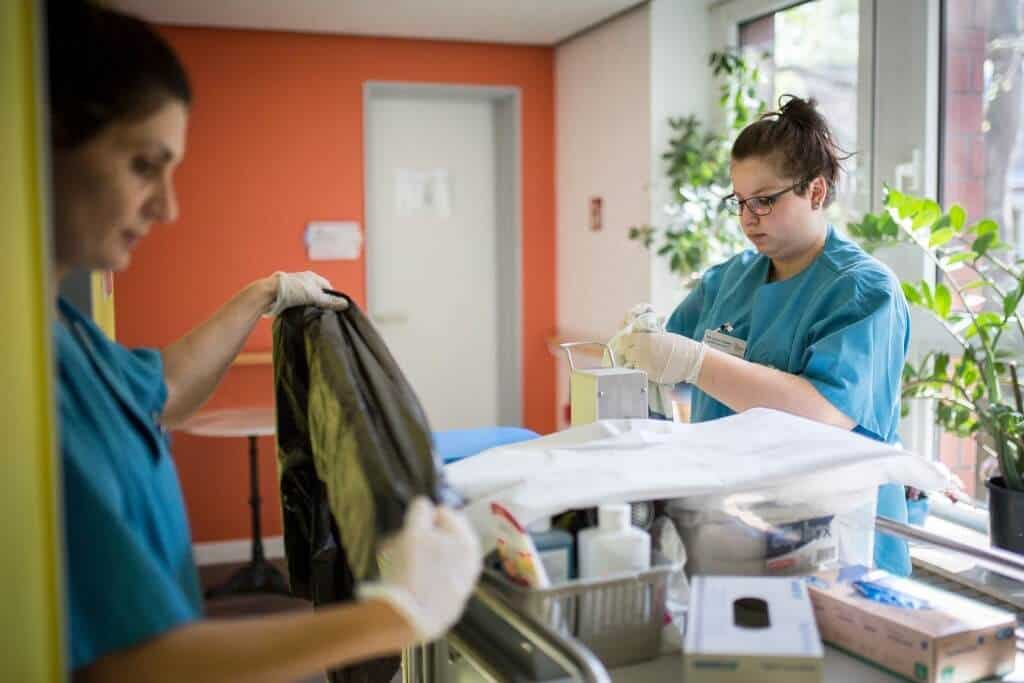 A study reported Thursday found that those working in long-term care facilities who interact with vulnerable patients are less likely to be immunized. Researchers found evidence that they had been infecting their patients. The researchers were led by the Centers for Disease Control and Prevention in the United States.

Nearly Half Of Nursing Home Staff Are Not Vaccinated, A Study Has Found

In March 2021, data on 300 LTCFs in the United States showed disparities in the coverage of HCP COVID-19 vaccinations, with a 30 point gap between coverage of physicians and other advanced practice providers (75.1%) and aides (45.6%). We observed lower vaccination coverage among aides at facilities located in socially disadvantaged zip codes. In this way, vaccination disparities in terms of job categories likely reflect both the social disparities in general and the disparities in surrounding communities. According to these results, vaccination promotion and outreach efforts aimed at socially vulnerable and marginalized communities could be helpful in addressing inequities.

In this sample, nurses and aides had the lowest vaccination coverage, likely because they have the most contact with patients. COVID-19 outbreaks have been reported in LTCFs with vaccinated residents but unvaccinated staff members responsible for spreading the disease. The study also shows that nursing home aides are disproportionately women and people of color, making $13 to $15 per hour on average; in addition, nursing home aides are more likely to have illnesses that put them at risk for adverse outcomes from COVID-19. There was on-site vaccination and lower vaccination rates might have resulted from vaccine hesitancy due to lower declination rates. This may have contributed greatly to under vaccination in these facilities.

It is consistent with the findings from an earlier study that determined vaccination coverage at the county level by indices of social vulnerability for those working at LTCFs in high-vulnerability areas; despite similar patterns among LTCF staff, on-site vaccination eliminated barriers to vaccination, such as travel, scheduling, and need to take time off of work. Across the United States, they analyzed data from 300 long-term care facilities. Physicians working at these facilities were vaccinated in 75% of instances by March of this year, but administrative helpers were only vaccinated in 46% of instances.

COVID-19 outbreaks have been reported in long-term care facilities with highly vaccinated residents, but were transmitted by unvaccinated caregivers, Dr. James Lee and the CDC Covid-19 Response Team wrote. Moreover, the workers themselves may be at risk as well. The study also identifies equity implications: women and people from minority groups are disproportionately employed as nursing home aides, with median hourly wages of $13-$15 per hour; nursing home aides are also more likely than other workers to have underlying conditions that could be detrimental to their health, the CDC reported in MMWR.

They explained: Amongst aides, lower shots coverage was recognized in the facilities dwelled in more humanly vulnerable zip code regions. Collectively, these data imply that vaccination differences among job classifications likely copy social disparities in common as well as variations in the neighboring communities.

More operators may have been vaccinated since the month of March, the team noted. But the before-mentioned facilities also have a large turnover in staffing. Flu vaccine campaigns have revealed that vaccine specifications may be the most high-grade way to get the largest workers immunized, the team told.

You Can Read: customer reviews on BioFit