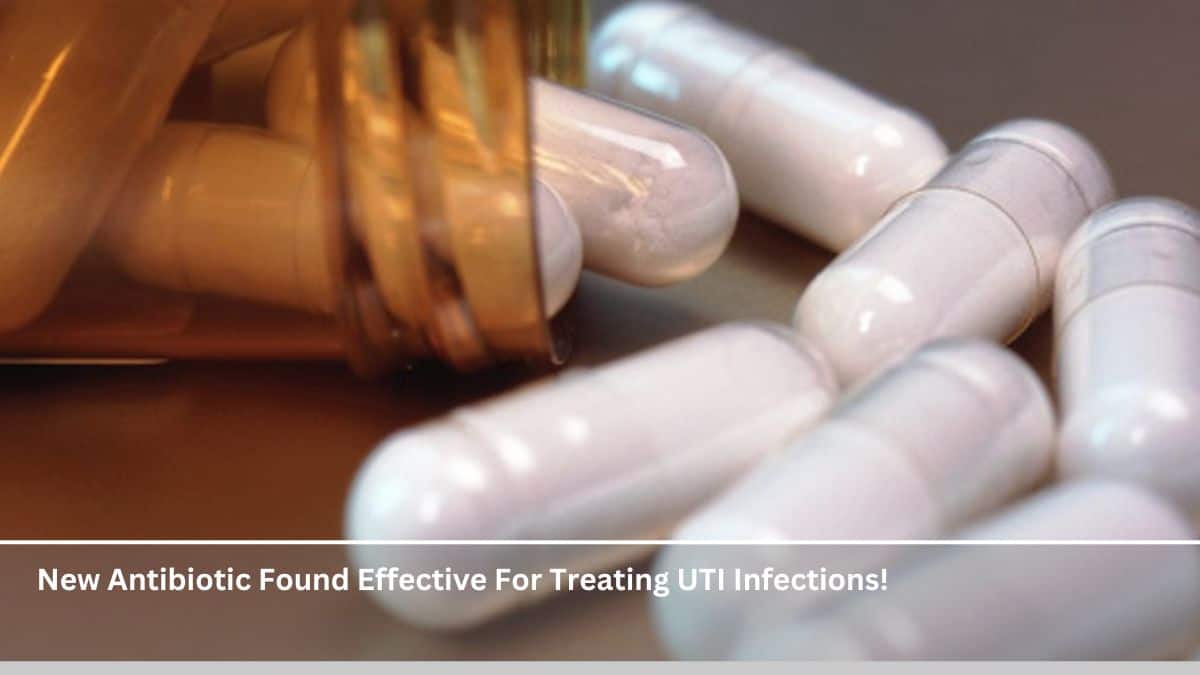 A new drug for treating urinary tract infection (UTI) has been put up for approval by the US Food and Drug Administration. GSK, the UK multinational pharma has said that the new drug named gepotidacin is very effective in treating UTI and it seems to be almost as effective as nitrofurantoin, a drug that is used currently to treat UTI.

It’s been almost 20 years since a drug for UTI has been developed and the existing drugs are almost on the verge of becoming resistant. GSK is looking to get the research data published and peer-reviewed in a journal and also planning to share the data with FDA by 2023.

Antibiotics Got Approved By Food And Drug Administrations!

Earlier, the research was meant to be completed by 2024 but the immense success of the drug made the company prepone its release plans. Tony Wood, GSK’s Chief Scientific Officer said that it’s rare that such studies would be stopped before their scheduled dates and this is an exciting thing both from the public perspective and the company perspective.

The research was jointly done in partnership with the US government as part of 19 projects handled by the Biomedical Advanced Research and Development Authority (BARDA) in order to develop drugs for antimicrobial resistance. Government-partnered funding eases the financial strain as the development of drugs is an expensive process that won’t yield good profits, especially in the case of antibiotics.

The study was done on 3000 women with UTI and the new drug gepotidacin which is taken as a pill proved effective in treating the symptoms of UTI as well as killing the bacteria causing it. It was compared to the current first-line therapy drug Nitrofurantoin.

Antibiotics are not considered as maintenance drugs like the ones used for diabetics, blood pressure, etc. They are consumed only for a short period and the eventual use of it makes the bacterias develop resistance so the drugs become useless.

This is not a good proposition for companies and this is why most companies are not that keen on antibiotic drug development.

The 2021 WHO report states that over a million people die worldwide because of complications related to antibiotic resistance. WHO has also warned that the current R&D around new antibiotic drugs is very less.

Dr.Cindy Liu, Chief Medical Officer of, the Antibiotic Resistance Action Center at George Washington University said that antibiotic drug resistance is a major concern in the health sector and most of the drug research doesn’t attain fruition because of a lack of funds. The infections are also spreading at a fast rate as the existing drugs aren’t enough to treat them. Dr.Liu also said that getting FDA approval was only the first step. She was apprehensive about the position of the companies as even after getting approval, they abandon the drugs because of lesser profits.

UTI is a fairly common infection that happens in both men and women. But it is seen more in women as their urethras are closer to the rectum increasing the chance of bacteria infecting the urinary tract faster. According to certain data, one in eight women is affected by UTI every year and they are recurrent in about 30 to 40 percent.

UTIs are mostly caused by E.coli bacteria and they have become resistant to most of the current drugs used to treat them. Some of the major symptoms of UTI are bloody urine, frequent urge to urinate, stomach cramps, painful urination, etc.

GSK is using gepotidacin for trials in the treatment of a sexually transmitted disease gonorrhea but the research is at a very early stage, unlike the UTI treatment research.