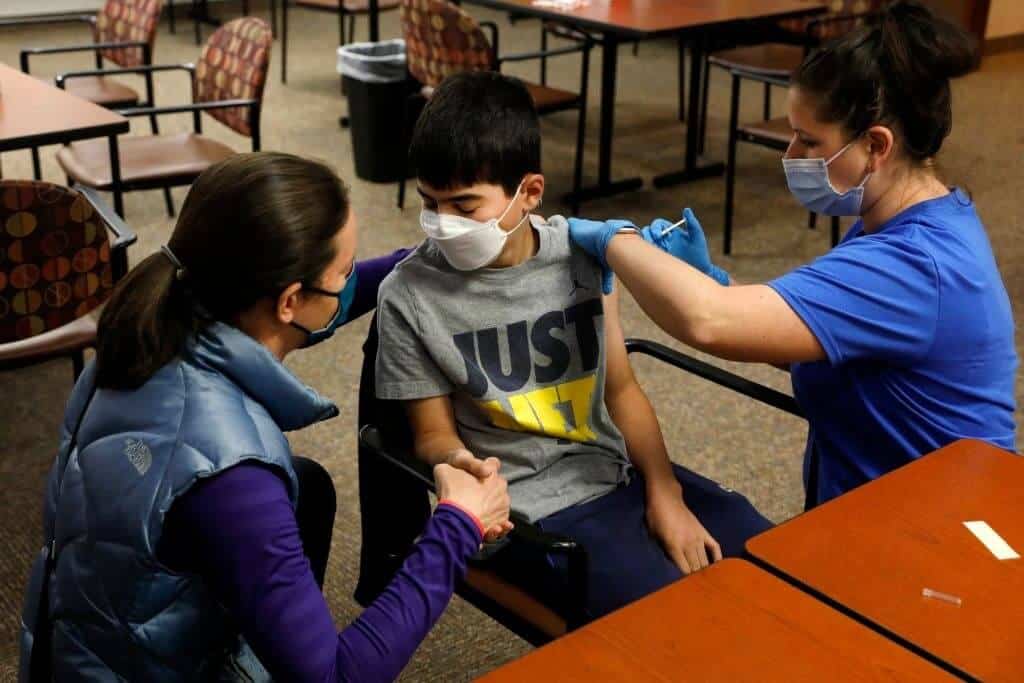 More parents were eager to vaccinate their kids last month than they were in July, a new survey found.

The sudden shift can be attributed to the reopening of the schools and the highly contagious delta variant’s wave causing wide hospitalizations and deaths across the country.

The latest survey by the Kaiser Family Foundation found that one in four parents in the US reported that their kids were quarantined as they believed the possible COVID-19 exposure in school. Only two-thirds of parents believe that the school of their children is taking appropriate preventive measures to curb the spread of the COVID-19.

Kaiser conducted a study on 1,519 people from 13th September 22 September when deaths caused by COVID-19 were at a peak. Out of them, 414 were parents of kids 17 years or younger. The vaccines for this age group were authorized in may. The survey suggests that parents slowly became quite comfortable with getting their children vaccinated over time.

By the time of the interviews in September, 48% of parents said that their kids between 12 to 17 years of age received at least one dose of the COVID-19 vaccine. Federal data suggests that 57% of people in this age group have gotten one vaccine dose.

Families of disabled children in Texas filed a lawsuit against governor Greg Abbott as he banned mask mandates in the schools across the state. The Justice Department has supported these families.

A formal statement has been filed in the court in Austin stating that the band prevents students with disabilities from safely attending in-person learning. It argues that those who choose to attend schools are not safe and they do not want to opt for the option offered to them of virtual learning.

The federal government is willing to intervene with the governors and policymakers who have banned mask mandates using laws like the Americans with Disabilities Act. San Antonio’s 38-year-old Juliana Longoria is treated by this decision as her daughter who is just eight years old is one of the plaintiffs. She said that it gives her hope that the government will protect the children.

In many state courts of Texas, lawsuits have been filed against Mr Abbott. While some found success, many did not as the Supreme Court sided with him by allowing this ban to continue. The case which was being intervened by the Justice Department will go on trial in the coming week.

The governor’s office refused to comment nor did Ken Paxton’s Office or the Texas education agency.

Mr Paxton has continuously defended the ban saying that the law gives broad powers to the governor to guide everyone through emergencies like COVID-19.

A lawyer of Texas’ Disability Rights, Dustin Rynders said that schools should put everyone in a position where people with disabilities are accommodated safely. He said that for their clients’ health it is important that everyone wears a mask.

As masks are not mandatory for her school, seven-year-old Juliana Graves has not been able to go back to her school in Sugar Land this year. Her mother, Ricki Graves said that Juliana went through a heart transplant and the medication has weakened her immune system. She has been in and out of the hospital for a dozen times by catching normal respiratory infections, and her mother is continuously worrying that the COVID-19 pandemic will kill her daughter.