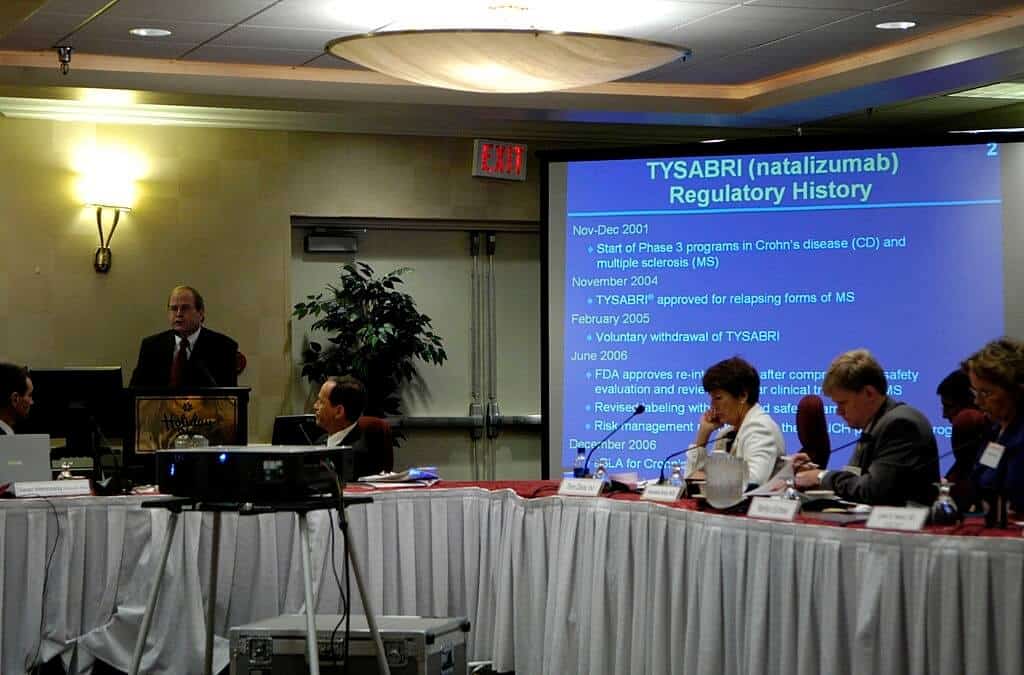 There are approximately 2.8 million people diagnosed with MS worldwide. There are still many aspects of this disorder that researchers do not fully understand. New treatment options are being developed by studying how the body’s immune system responds to this disease. Researchers investigate a promising treatment strategy for MS in a study appearing in Science Advances.

New Treatments For MS Based On Specific T Cells

The National Multiple Sclerosis Society explains that multiple sclerosis is a disease that affects the central nervous system, which includes the spinal cord, brain, and optic nerves. A person with MS develops an immune reaction that attacks the myelin sheath that surrounds the nerves in their CNS and attacks the myelin-producing cells.

When the CNS is damaged, it scars and causes the nerves to be unable to communicate. The International Federation for Multiple Sclerosis says that “In MS, demyelination (loss of myelin) occurs in combination with a disruption in nerve transmission. Multiple sclerosis can produce a variety of symptoms.” People with MS can experience quite a few symptoms. The disorder is not curable at present. This disorder is commonly characterized by the following symptoms:

Hearing loss, difficulty swallowing, seizure disorders, and breathing problems are among the more severe but less common symptoms. Multiple sclerosis continues to be researched as to what causes it and what treatments are available.

Part of the immune response is a type of white blood cell known as T cell. MS causes inflammation and cell damage as a result of T cells leaking chemicals into the CNS. T cells come in different types. Treg cells, which play a significant role in the investigation of MS, are among one the topics of study.

Regulatory T cells are mainly responsible for maintaining immune homeostasis by stopping the body’s immune response. Anti-autoimmune diseases can be prevented by the proper function of regulatory T cells. MS causes continued inflammation and attacks on the central nervous system due to dysfunctional regulatory T cells.

The immune system is influenced by the Piezo1 ion channel. This enzyme helps the body respond to bacterial infections and promotes wound healing and cancer cells growth. Researchers in the recent study investigated how Piezo1 regulated T cells’ actions and presence.

Treatment of MS with Piezo1 inhibition

This study examines how Piezo1 relates to the immunity of the body, particularly how it affects T cells and their function. Experimental autoimmune encephalomyelitis is an animal version of MS studied by researchers.

Studying the T cells of mice whose Piezo1 had been genetically deleted as compared to mice with Piezo1 in their cells observed the impact this had on the T cells compared to mice with Piezo1. They used a variety of methods, including imaging of immune cells and functional assays, to study the impact of their findings. T cells were examined in terms of their development and maturation, RNA, and cell movement. Researchers were surprised to discover that Piezo1 did not affect several important T cell functions. Eliminating Piezo1 from the regulatory T cells had the most impact.

A significant increase in regulatory T cells was observed in Piezo1-deficient animals. In the study, the researchers found that Piezo1 selectively inhibited Treg cells while yielding no effect on activation events for effector cells.

Further analysis looked at the difference between mice with and without Piezo1 in disease progression. Researchers found that mice lacking Piezo1 are much more susceptible to the disease than mice carrying it. MS might be treated more effectively by inhibiting Piezo1.