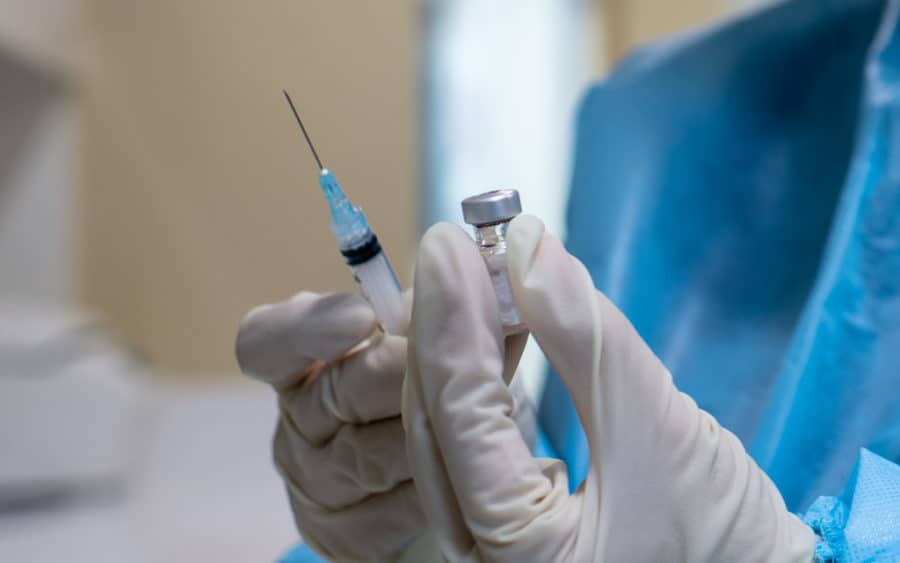 In the last few weeks, the rate of hospitalization and deaths has seen a steady decline in the states.

With the decline in the severity of the infection, most of the restrictions have been eased out in multiple states.

However, officials have issued a warning against a dangerous new variant that can cause significant damage to the progress the states have made towards a normal summer.

Across the states, 64% of adults have received at least one dose of the covid-19 vaccine, while an estimated 53% are fully vaccinated after receiving both the shots of the vaccines.

In spite of the statistics, the goal set by the government of vaccinating 70% of adults by the 4th of July is unlikely to be met.

However, the CDC claims that a dozen of states have achieved that goal already.

The lag in the vaccination is attributable to the lack of access in terms of finances, apprehension about the vaccines, and widespread misinformation among the populace.

According to the data published by the CDC on Thursday, in states like Alabama, Louisiana, Mississippi, and Tennessee, less than half of the population have received even one dose of the vaccine.

The new strain of the virus, which is supposedly more dangerous emerge while the experts try to ramp up the vaccination across the states to achieve the goal of maximum vaccination.

As per the findings listed in recent data, the two doses of the Pfizer/BioNtech vaccine can provide full protection against the new variant of the virus.

This new strain of virus, B.1.617.2 was reportedly first observed in India, and it is termed as the delta variant, the experts said on Thursday.

Experts are of the opinion that such new strains of the virus will continue to emerge as the pandemic progresses, and there is no guarantee that they will escape the vaccine.

Hence vaccination is the solution ad immunizing as many individuals as possible is the key to minimize the impact of the pandemic.

Vaccination of children still under discussion:

With the demonstrated efficiency of vaccination across the states, the Food and Drug Administration (FDA) is still discussing the prospects of immunizing children younger than 12 years of age.

The present most popular and efficient vaccine, the Pfizer/BioNtech vaccine has authorization for use in individuals aged 18 years and above.

The company has urged the FDA to authorize the use of their vaccine in children aged 11 years and younger.

According to Dr.Cody Meissner, director of pediatric infectious disease, at the Tufts University School of Medicine, more data on safety is required before millions of children and adolescents are brought under vaccination.

An expert member of the panel in FDA also holds similar thoughts of being more informed about the implications of vaccination before administering it to the younger population.

Determining a vaccine for the younger population:

According to Meissner, the particular worry about immunizing the children and the adolescent is the probable relation between the Moderna, Pfizer/BioNtech vaccine and the incidences of heart inflammation, known as myocarditis in the case of younger people.

He praises the vaccinations by equating the success of the vaccine to that of the achievements in space.

According to Dr. Paul Offit, a vaccine appropriate for children should be available for use by later this year or early next year.

Meanwhile, Offit expresses his worry about the virus surging again in the winter months, thus emphasizing unanimity about vaccinating children younger than 12 years of age.

He further adds that had the pandemic ended, it would not have mattered so much, but now that the crisis is still going on, finding a vaccine for the younger people is of prime importance.