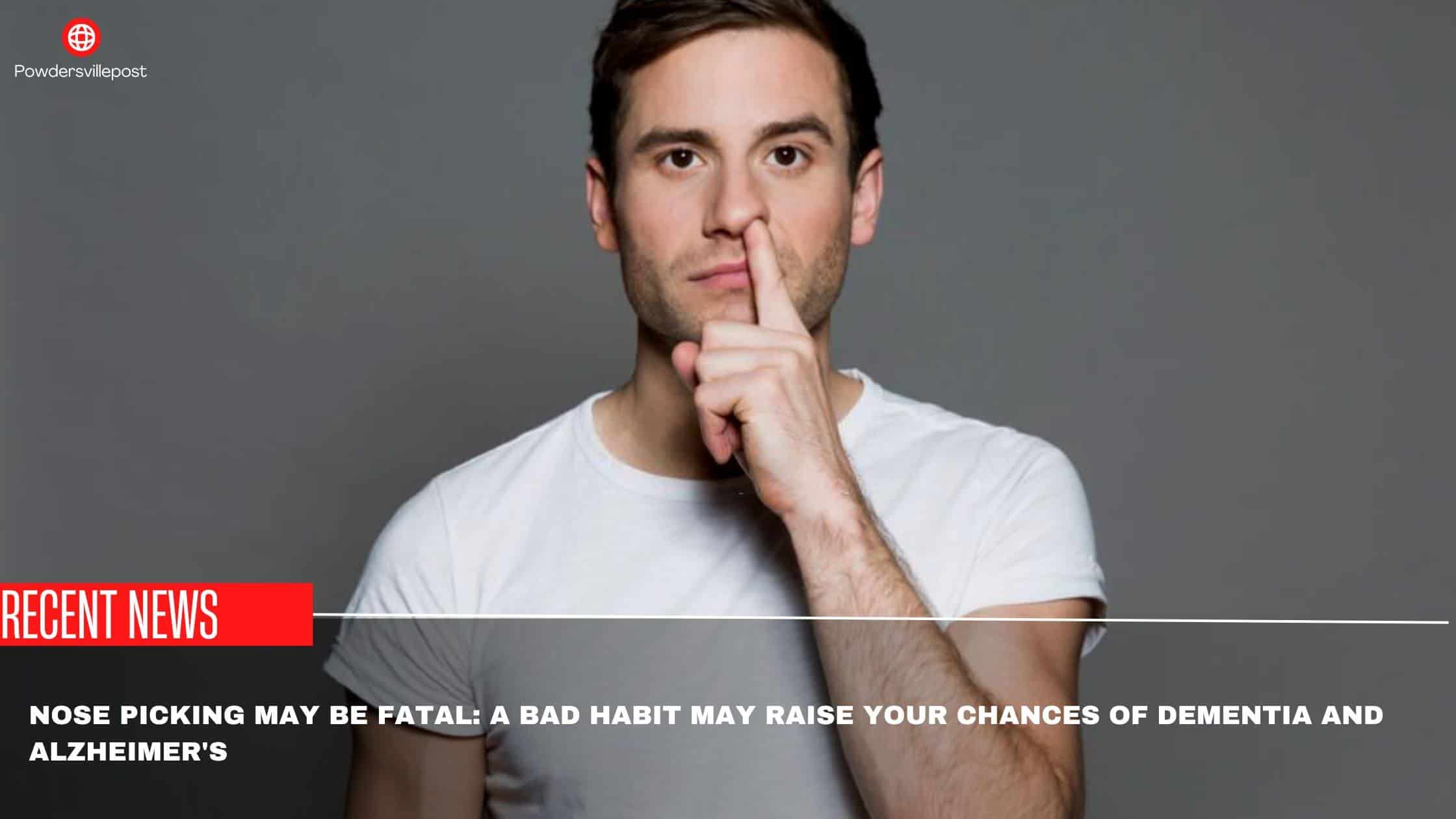 Nose-picking has been considered a disgusting habit. Although it has been around for a long time, it is still considered a gross thing to do. A new research study has found that nose-picking can increase the risk of dementia and Alzheimer’s.

The study published in Scientific Reports journal by Researchers from Griffith University, Australia has proved that certain microbes may enter the mice’s brain through the olfactory nerves in the nose and these can produce markers used in the diagnosis of Alzheimer’s.

Nose Picking Can Lead To Chances Of Dementia And Alzheimer’s

Most of the individuals who are affected by the late onset of dementia contain a bacteria called Chlamydia pneumonia inside their brains. The study shows that this bacteria enters our body through a nerve that connects the nose and the brain. The brain produces an amyloid beta protein when it senses the presence of bacteria and this is one of the main features of diagnosing Alzheimer’s disease.

Professor James St.John, Director of the Clem Jones Center for Neurobiology and Stem Cell Research stated that this particular phenomenon was observed with mice used in the study and this proves that it could be dangerous for humans as well. He said that these studies should be done in humans too to conclusively prove that the same nerve pathways can create problems in the brain.

Although the presence of the bacteria has been established in humans, how they reach there hasn’t been discovered. Prof St.John observed that the loss of smell can be an early warning sign of Alzheimer’s and it would be good to suggest smell tests for older people above the age of 60. He said that as we move above the age of 65, the risk factors increase for the onset of Alzheimer’s or Dementia but it should be noted that age is one among many factors.

Environmental exposure is also an important factor in developing these conditions. St.John concluded by saying that plucking the hair out of our nose and picking the nose can damage the lining of the nose which can lead to its inability to stop different kinds of bacteria to go up to the brain.

When we start to get older, our brain becomes smaller but in the case of degenerative conditions like Alzheimer’s, the changes that happen in the brain are from that seen in a normal person. According to the Alzheimer’s Association, more than 6 million people in the US have Alzheimer’s regardless of their age.

Among people above 65, almost one in nine are affected and almost two third of the total Alzheimer’s patients are women. In the US, the number of deaths caused by Alzheimer’s has increased to double between 2000 and 2019. Among older people, some tend to live around four to eight years after the diagnosis and there are cases where people can even live up to 20 years post-diagnosis. This shows the slow and unpredictable nature of the disease in different individuals.

Caring for people with Dementia or Alzheimer’s is a complex task and requires specialized training. The Association reports that 55 percent of the primary physicians feel that there aren’t enough Dementia care specialists in their communities to meet the increasing number of patients. It is projected that by 2026, the demand for direct care workers will increase by more than 40 percent.

The early signs of Alzheimer’s or Dementia include memory loss, forgetting dates and locations, repeating questions, wandering away, constant mood changes, anxiety, taking longer to complete simple and daily activities, etc. If any of your loved ones or someone you know is going through these symptoms, kindly take them to a healthcare expert right away.