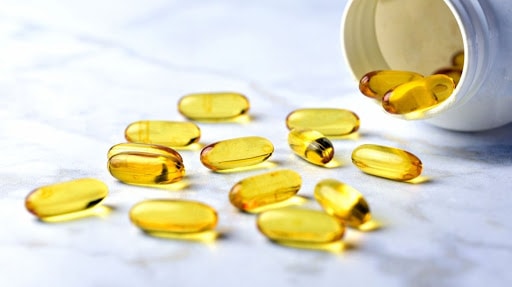 Several studies reveal that only the presence of a high dosage of eicosapentaenoic (EPA) acid is effective in reducing the risks of cardiovascular conditions.

Not All Omega-3 Are Unanimous For Heart Health

According to recent findings, only a high amount of EPA in the blood ensures good cardiovascular health, whereas, high dose of DHA seemingly blocked the beneficial effects of EPA.

Hence it is suggestive that the combined impact of EPA and DHA may nullify any potential health benefit of EPA.

The three types of omega-3 fatty acids are EPA, DHA, and (Alpha linoleic Acid) ALA.

Bioavailable EPA and DHA are abundantly found in seafood, particularly the oily variety of fishes like tuna, mackerel, or salmon.

Whereas ALA is predominantly found in plant sources like chia seeds, walnut, and flax seeds.

Within our body, we are capable of converting a small quantity of ALA into EPA or DHA.

According to the Office of Dietary Supplements (ODS), most people in the United State get enough quantity f ALA naturally in their diet, but the quantity of EPA and DHA is usually unknown.

Multiple sources of evidence suggest that individuals who consume a good quantity of seafood, are less susceptible to cardiovascular symptoms.

There is also a prevalence of taking omega-3 supplements in the form of capsules or tablets. However, the health benefits of these supplements are not well-proven.

Researches have showcased that a high dose of EPA in a person’s diet significantly reduces the probability the heart diseases, including stroke, heart attack, and heart failure.

But in the case of combined consumption of EPA and DHA, no such evidence was seen.

The effects of omega-3 level in our blood

For the purpose of the study, data was collected from the INSPIRE Registry of Intermountain Healthcare.

The data included 35000 blood samples from 25000 individuals and their medical details.

Random samples were selected from 987 patients who underwent heart scan at the Intermountain Healthcare between 1994 to 2012, and their plasma level was analyzed for assessment of DHA and EPA levels.

The average age from whom the samples were collected was recorded to be 61.5 years, and during the health screening, 41% had obesity, and 42% had severe coronary artery disease.

During the next ten years, 31.5% of all the participating patients were diagnosed with cardiovascular criticalities like heart attack, stroke, or heart failure, which were capable of causing fatalities among the patients.

It was observed that those who had a high volume of EPA in their blood during the initial assessment were less likely to face such cardiovascular emergencies.

The risk of cardiovascular disease was much higher in the individuals who had a combination of DHA and EPA compared to those who only had EPA in their blood.

The findings remained constant even after taking into consideration any prior underlying illness like severe coronary artery disease or chronic obstructive pulmonary disease (COPD) and heart failure.

These findings are the basis of suggesting to consume foods containing high levels of omega-3, yet the consumption of omega-3 in the form of artificial supplements is not encouraged.

The best route to take for omega-3 consumption.

The data received from the INSPIRE registry survey was not discreet enough to determine whether the individual was taking omega-3 in the form of supplements or through their diet.

The trials were carried out involving the omega-3 supplements that were of clinical standards; usual over-the-counter supplements are not likely to produce the desired beneficial effects in the patients.