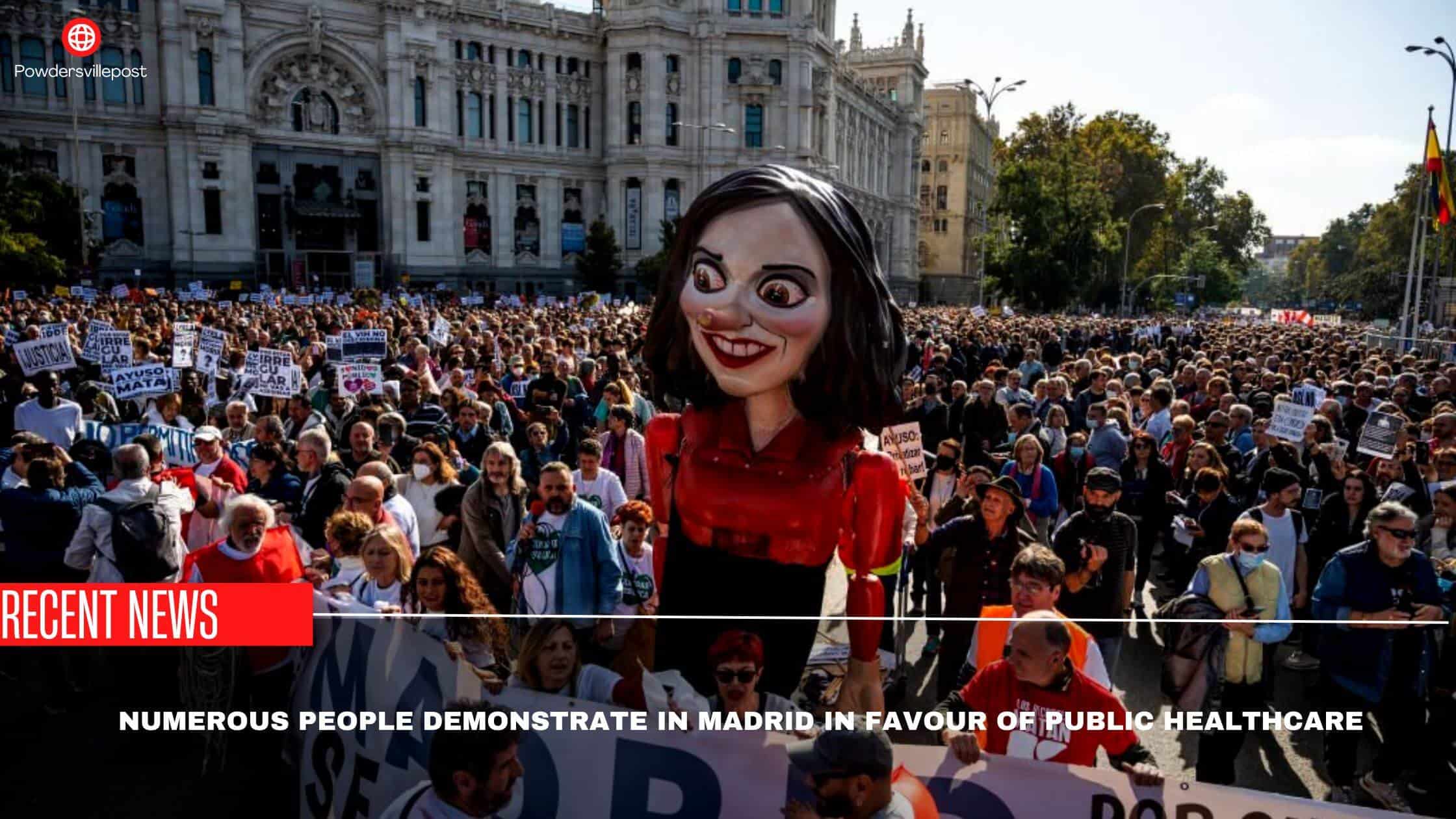 Thousands of people are protesting on the streets of Spain against the kind of Healthcare system available to them. This protest is even supported by public health care workers who demand increasing the strength of medical personnel in the hospitals to provide effective treatment to all the patients.

The condition of the Medical Health Care Centres at the primary and secondary levels is critical. All the government centers have stopped their operations.

The private players have made treatment much more expensive and beyond the reach of an ordinary man. That is why the Madrid region is all set to witness the most significant protest to improve the public medical infrastructure in the country. This is not the first time a demonstration has been conducted in this region. It was only during the last week that 5000 doctors called out for a nationwide Strike.

The Government of Spain is not taking any positive measures to improve the availability of Healthcare facilities. Since covid-19, the hospitals have not been appropriately staffed. There is a lack of affordable essential medical treatment and medicines for patients.

The availability of professional doctors and specialist doctors is also compromised in these hospitals. Not only this but also the country has experienced an exponential increase in per capita income in recent years.

But despite this increase, the government’s budget concerning Primary Health Care is the least. According to the records, only two Euros are spent on Healthcare in Spain out of 100.

This isn’t feasible at all, and due to the absence of affordable Public Health Care facilities, most people are left with no option but to visit the expensive private Medical Health Care Centres.

This is nothing but the infringement of the duties that a government should fulfill at every cost. The development of medical facilities is the first step that must be taken.

What is the course of the protest?

The protest has been joined by different medical professionals and workers, including the common public, who demand affordable healthcare facilities. The government cannot fail in its responsibilities and holds accountability towards the general public. It is high time to be answerable concerning all the delinquencies.

Apart from this, these protesters also demand better access to treatments to cure various diseases so that people do not have to migrate to another city.

A demand for an increase in salaries is also made to motivate the doctors at large to join the public Medical Health Care facilities.

The protest will be able to produce the best results only if the government takes into account all of these demands and takes positive steps in this regard. But for the time being this is very uncertain if the government will enter into any negotiations.

The history of Spain has not been promising in terms of the protest yielding results. In such a situation, what has to be taken care of is the fact that better availability to available methodology should be encouraged.

Apart from this, the government must also try to interact with the protesters so that the demands can be met and the condition of the public health care facilities in the country of Spain can improve over the period. This will be technically very helpful.

🔵Americans Losing Faith In The Public Healthcare Systems Amidst The Pandemic

The protest has already entered the second week and it is not known how long it will continue. In light of all of these changes, the medical healthcare facilities have been permanently suspended in Spain and it is a major risk to the people.