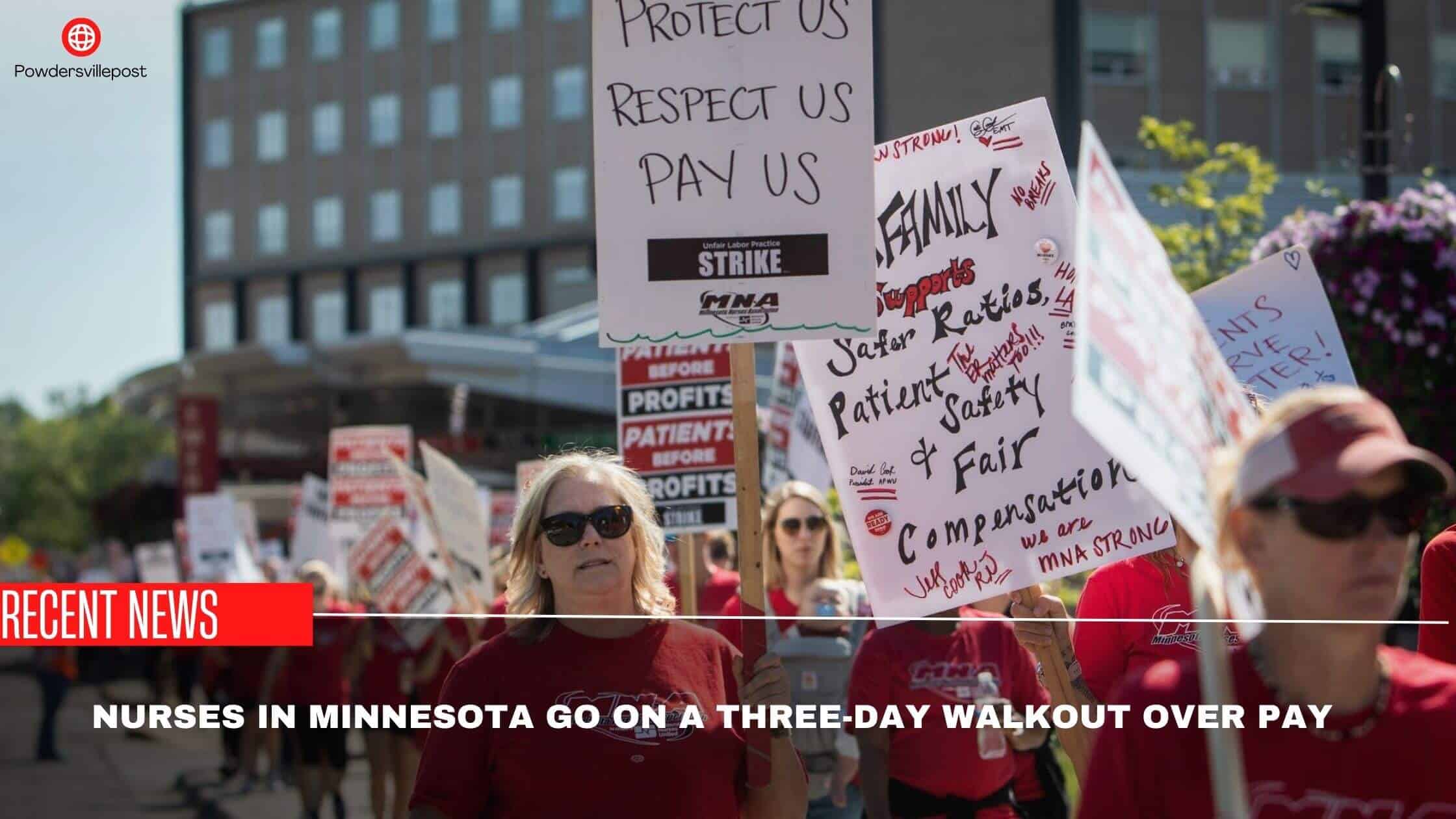 The nurses of Minnesota have launched a three-day strike. The most important demand of these nurses has been the need for a higher salary. It is imperative to mention that nurses work day in and day out, and despite that, they are not in a position to get paid correctly. They want their salary to improve over time because they want a better return for the output they have produced with time.

There was already a huge burden on the medical healthcare facilities after the pandemic. Due to the covid-19, a lot of understaffing issues were experienced by the health department. This pandemic has been responsible for causing a shortage in the total number of nurses, and now the nurses have gone on strike, thereby affecting the entire mechanism.

Around 15000 nurses in the Healthcare facilities have decided to strike. According to the union for the nurses, this is the largest strike by the private sector nurses. The mass Exodus of nurses from the hospital has put the medical health care facility in a very bad position. Still, the hospitals, for the time being, have arranged for some temporary nurses. But this is not a permanent solution.

Most nurses have come out in public to attract attention to the atrocities of hospital management. They wanted to bring to light the kind of injustice they have to suffer despite providing the best medical care to the people. According to the testimony of a 50-year-old nurse who has been working in the hospital for the past 24 years, a lot of agony and pain could be experienced.

🔵Australia Witnesses A Large Number Of Nurses Going On Strike!

🔵Nursing Strike: Us Nurses Are Now Considered Zeroes Due To Poor Working Conditions

What is the stance of the hospital?

The hospitals have been sympathetic toward the nurses’ demands. Against the direction of a 30% increase in wages over the past tense, they have conceded to offering only a 12% increase over the last 3 years. In addition, the hospital management also tries to linger on distributing the essential benefits to the nurses, which further increases the burden.

The union of nurses has finally decided to reject almost every kind of demand. This particular demand is altogether justified because this is not the time for mitigation, and it is high time that wages must be increased. The union is not interested in agreeing to all the unrealistic demands, and this time, the union would not settle for anything else. Initially, the association decided to launch the strike for only 3 days. Still, if in case No negotiation with the health negotiation authority is established, they will automatically extend this strike.

The nurses have been suffering since the pandemic, and there is no justification for the same. The right to minimum wage is the fundamental right provided to them by the constitution. That is why it becomes essential in light of these constitutional duties on the part of the government to force these private hospitals to stop capitalism and share the benefits of labor with these nurses. It is only when the nurses are given the proper wages that they will come back on duty.