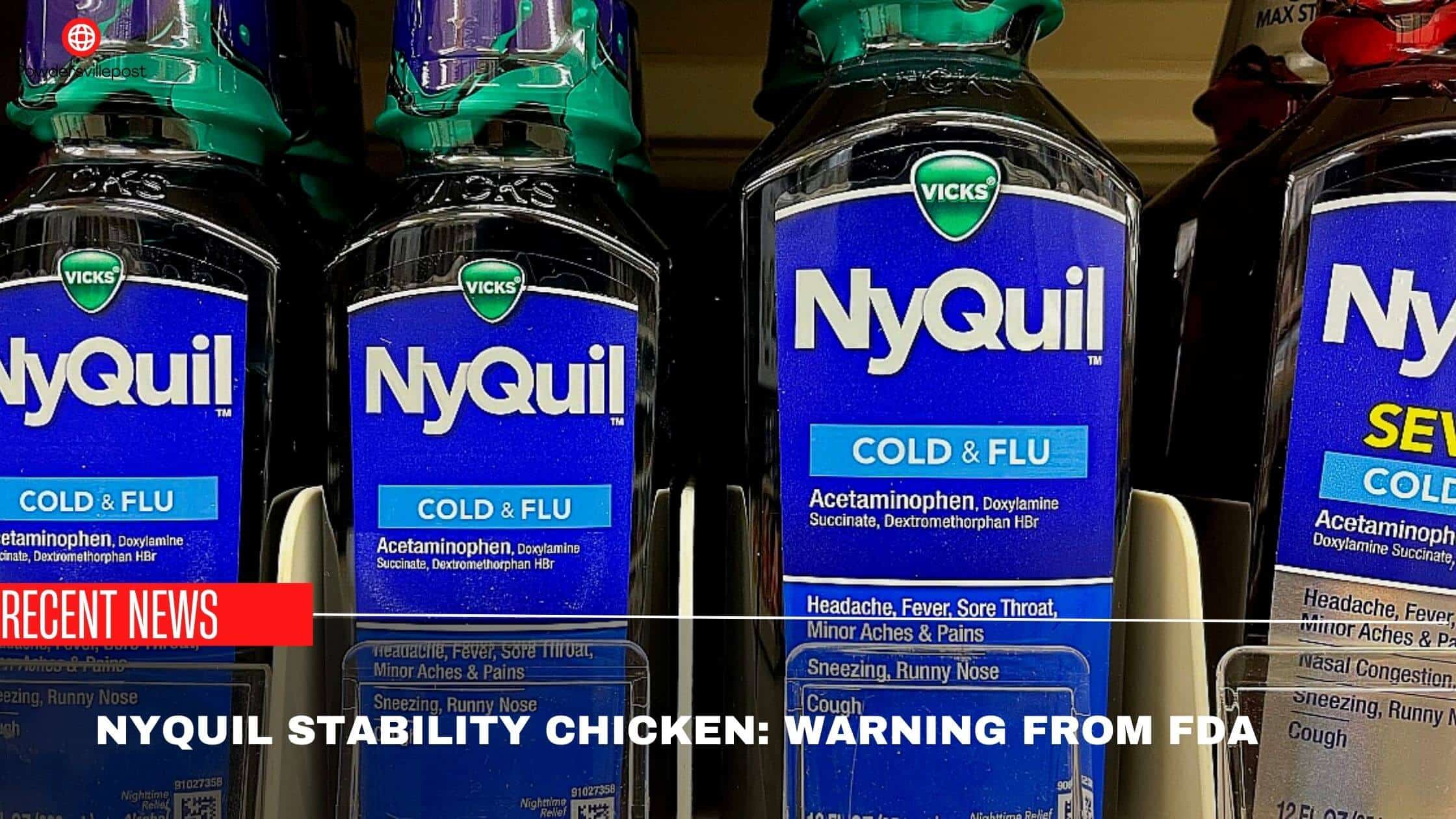 Many videos are being uploaded on Tik Tok to throw an Open challenge for cooking chicken in the most useful Cough medicine of NyQuil which is the “Nyquil stability chicken” challenge. This medicine contains essential ingredients, including acetaminophen, doxylamine, and dextromethorphan. This kind of medicine is not suitable for cooking chicken, and this warning has been issued by the food and drug administration of The United States of America after looking at the active participation of the people of America in this challenge.

Regarding to the recent circular which the health department has issued, this practice of cooking chicken is not only silly but also unsafe for human health. The government has strictly Forbidden this challenge from getting executed and is trying its best to get these videos deleted from the online platforms. According to the organization, it is not in the human body’s best interest to consume chicken cooked in a medicine previously used for cough and cold purposes.

The Reasoning Of The Organization

The most important reason the department has issued is that medicine does not remain the same at every temperature. Usually, the medicine’s label determines the temperature at which it has to be stored and consumed by the patient to increase its effectiveness. The most important reason why the practice is followed is to ensure that the properties of the medicine do not get changed and the ultimate benefit is provided to the patient.

But boiling the medicine at a very high-temperature results in causing a lot of changes in the properties of the medicine. It would be right to say that at such a stage, it would not remain a medicine and become something else. This can be dangerous for the human body, and at the same time, it can destroy the system by worsening the condition instead of improving the same.

🔵Are Cough And Cold Medicines Needed For Your Kids?

🔵Can Some Medicines For Diabetes Treat Asthma?

Decoding the possible side effects

When it comes to the type of disadvantages that can occur to the human body after the consumption of medicine at a boiling temperature, many factors can be quoted. It can greatly damage the intestine of humans to a great extent, due to which digestion can become impossible.

According to some of the findings, consumption of medicine at a boiling rate can also be responsible for blocking the heart’s arteries, thereby increasing the chances of cardiovascular diseases over time. In the light of this situation, it has to be said that, be it any cough and cold medicine, it must not be consumed at a very high temperature because the properties of the medicine do not even remain the same and hence cause a huge amount of side effects to the human body.

The government is also making an attempt to prevent the people from undertaking the silly Tik Tok challenge because it will ultimately be unsafe for their health. It is useful to mention that proper perspectives have to be developed in front of the people so that they can be sufficiently convinced about the negative effects of this medicine when consumed at a high temperature.

It has to be ultimately concluded that this is one of the most effective and useful kinds of mechanisms that must be taken into consideration by a lot of people. It is in the best interest of the people to follow this advice as soon as possible before it is too late because the negative effects cannot be undone. It is the best kind of reality that can be issued to people for the time being so that the incidence of problems can be cured.