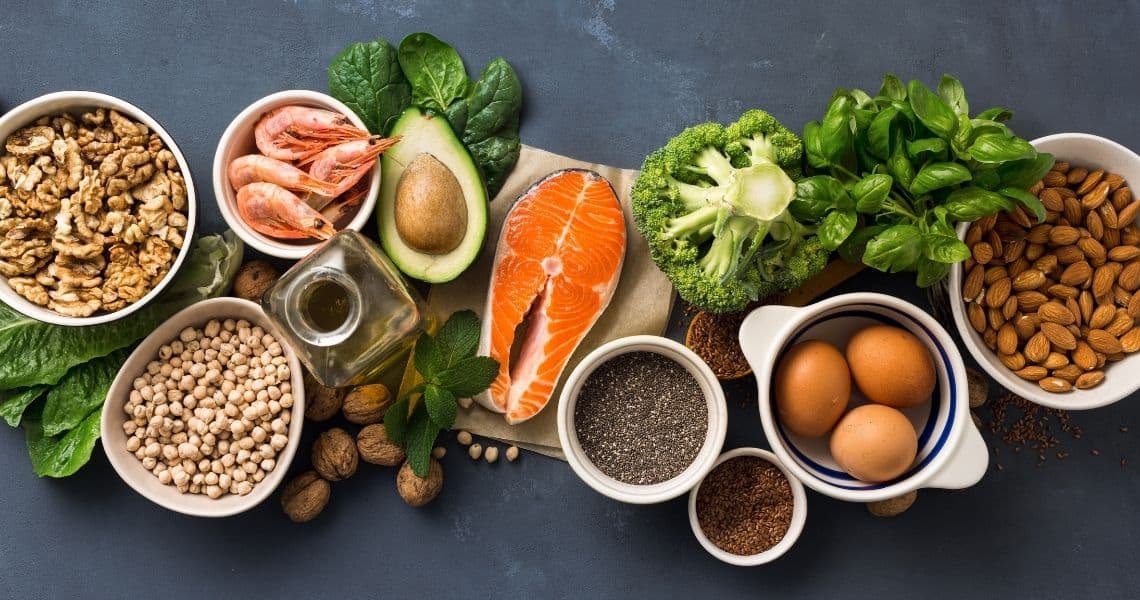 Omega 3 fatty acids have been known to have varied health benefits and to maintain a perfectly healthy body. Benefits include improving eye sight, lowering blood pressure, Rheumatoid Arthritis, fighting depression and anxiety and even help in brain health during pregnancy.

Seafood- Mackeral, Salmon, oysters; are a rich source of these fatty acids and research has shown eating seafood at least once a week is less likely to die of heart disease than those who do not.  Plant-based sources include Flax seeds, chia seeds, walnuts, soybeans have high content fatty acids per serving.

Supplements containing these fatty acids are also widely used for their health benefits. People living in areas without water bodies or with allergies to seeds that contain the fatty acids can use these supplements to complete their daily requirements. Cod liver oil is more frequently used because of their other ingredients like Vitamin D and Vitamin A. These supplements contain EPA and DHA as the main combination.

Many randomized trials showed how the omega 3 fatty acid supplements significantly reduced CV events and slow the formation of plague like substances on the arterial blood vessels which can block these arteries leading to reduced blood flow- Atheroscelerosis. They also show to decrease levels of triglycerides and help in secondary outcomes.

But a recent research conducted on statin-treated patients with high CVD risk concluded that the supplements did not present with any significance difference in the outcome of major cardiovascular events.  Another new study which was presented in the virtual 2021 conference of the American College of Cardiology  in which The lead investigator of the research on being interviewed revealed that EPA reduced the risk of CVD but the DHA were shown to counter the EPA’s effect. Moreover, if the levels of DHA were found to be higher than EPA, they actually increased the probability of CVD risk. This new study could explain the discrepancy in clinical trial results.  This could derail the entire treatment plan the doctors make for the well-being of patients.

In the study, the investigators used the Inspire registry to get the medical information of around 25.000 patients along with 35,000 blood samples to quantify the plasma levels of EPA and DHA. Over a period of 10 years all-cause death, myocardial infarction, stroke, heart failure hospitalization was analyzed using Cox proportional hazard regression.

The normal age of those included was 61.5 years. At the hour of their output, 41% were obese, and 42% had extreme coronary supply route illness.

Over the course of the following 10 years, 31.5% of the multitude of patients had a significant antagonistic cardiovascular occasion, which the group characterized as all-cause passing, coronary episode, stroke, or cardiovascular breakdown.

To wrap it all up, the lead investigator felt there was no need to stop recommending omega 3 fatty acids to prevent CVD but to encourage patients towards natural sources than the supplements until more research gives conclusive evidence and supplements can be made with better combinations.

This was because the registry did not mention the source of the omega 3s but other researches have shown the difference in outcome when EPA-only supplements were used compared to combinations of EPA and DHA. Additionally, the results could also be influenced by other dietary interactions or even physiological factors that can influence heart health.

However contradictory information from another meta-analysis showed that found that higher circulating levels of EPA and DHA, both separately and together, were associated with a lower risk of premature death and death from cardiovascular disease.

So, which is better? Natural or supplements? Any changes to your medications must be discussed with your cardiologist prior to taking any supplements.